How to Put Together a Cheap Recording Studio

The proper home studio set-up is essential for producers, engineers, and musicians of any level. If you stick to the barebones basics, you can set yourself up a cheap recording studio very easily. People are making amazing records in their bedrooms all the time, and more often than not, a simple kit is all that it takes. There are some corners you won’t want to cut, but overall you can get by with minimal investment!

This guide is a roadmap for beginners navigating the world of home recording and contains only the absolute essentials. You’ll probably find that less is definitely more, and a simple set-up can yield amazing results!

The computer is without a doubt the most important part of any home studio. This is where you’ll want to invest the most initially, as it’s central control for your studio. Whether you prefer a laptop or desktop, Mac or PC, is less important than the specs of the machine itself.

A fast processor with ample RAM is paramount. While quad-core processors like the Intel i7 can multitask better than dual-cores, a quick dual-core like a 2.9 GHz i5 can handle even very dense projects. It’s advisable to run at least 16 GB of RAM alongside it to ensure your computer’s viability as a music-making machine. 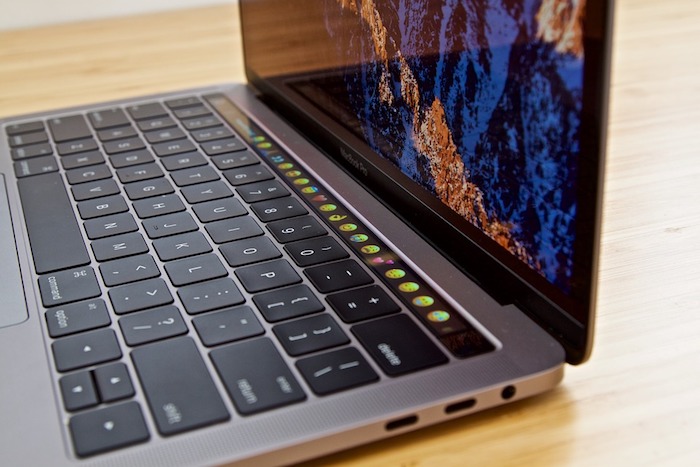 While hard drives are increasingly becoming solid state, if yours isn’t, you’ll want it to run at 7200 RPM. The faster it can think, the smoother your sessions will perform.

The computer will likely be the biggest investment in your home recording set-up and a place you wouldn’t want to skimp out on.

Once you’ve settled on a machine, you can move on to software, where you can save big money.

The digital audio workstation (DAW) is the software you’ll use to record, edit, mix, and master audio, create MIDI arrangements, and perform anything else you can imagine. Everything happens in the DAW, so pick one and learn it well!

Whether you choose Pro Tools, Logic Pro X (Mac-only), Ableton, Cubase, Reaper, Garageband, or any other DAW, is up to you. Each is a viable option that performs the same set of basic tasks in a slightly different way.

The least expensive DAWs are ones like Cakewalk by Bandlab (free, PC only), Reaper ($60), or the entry-level versions of any of the major DAWs. Those usually run about $99. You can check this list of some of the top free options!

For the cheap recording studio set-up, don’t worry about third-party plugins. Every DAW has its own set of stock plugins that will get you up and running!

The interface is a hardware component that connects microphones or other instruments to your computer. It provides I/O and microphone preamps, sending audio signals to your DAW for recording via USB or Thunderbolt, typically. 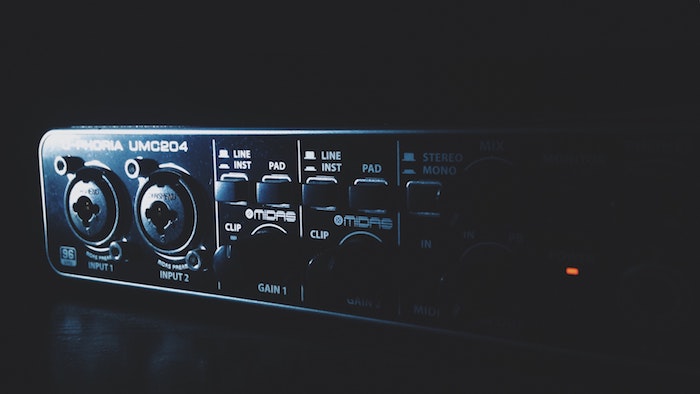 For many home recording set-ups, two inputs are enough. The Focusrite Scarlett 2i2 has been a popular and inexpensive option for some time, featuring two preamps and hybrid XLR/TS inputs for microphones or line-level instruments. There are many others like it, however, and for even less money.

Finding the right mic(s) for a cheap recording studio is where you’ll want to strategize a bit. Definitely consider what you’ll be recording the most and base your choice off of that. If it’s vocals, go for a condenser like the Røde NT1 ($269) or something similar. If it’s much louder sources like electric guitar, the SM57 ($99) cannot be beat.

For getting the absolute most out of a cheap recording studio, I’d go with the 57. It’s indestructible, and it works for just about anything. 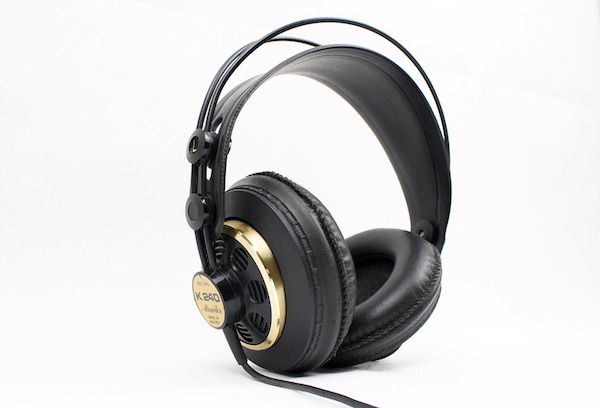 To put together a cheap recording studio, headphones will be our primary means of monitoring. For one, great headphones are generally less expensive than a great pair of studio monitors. For two, getting the most out of a pair of speakers means acoustically treating your room, which is just another expense. Keep it simple and affordable with headphones for the time being.

You can get a pair of AKG K240s for around $70, or the impressive Sony MDR7506 for around $100. The following is a list of the best open- and closed-back headphones at different price points for reference.

Finally, if you plan to use virtual instruments in your productions, a MIDI keyboard/controller is necessary. Manually drawing MIDI data in a DAW is tedious!

Being able to load up the desired instrument and physically play it in real time is a much more familiar/musical experience. Plus, many of them have drum pads too, allowing you to “play” all of the MIDI information you might be using.

Options like the Akai MPK Mini can be had for as little as $99.