Spitfire truly makes incredible instruments. The catalog is always expanding, and includes pristine orchestral samples, piano and keys, guitars, woodwinds, and more. These instruments all come from recordings of some of the UK’s finest musicians, captured by equally talented engineers.

Spitfire Audio: The Best Virtual Instruments in the Biz

Two award-winning composers, Christian Henson and Paul Thomson, founded Spitfire Audio over ten years ago. At the time, they were dissatisfied with the string sample libraries on the market, so they decided to record their own!

The pair pooled their resources and booked the legendary Air Studios in London. At first, they only invited a small number of friends and colleagues to own copies of their samples. But the initial library was so good that it made a buzz all on its own.

Spitfire Audio’s ‘private sample club’ literally became the talk of the global composer community. Within a year, some of the most renowned composers in film and television signed up for the list. It was time to take the samples public.

12 years later, Spitfire Audio has produced over 60 sample libraries. They’ve collaborated with some of the greatest talents in composition, including Hans Zimmer, Eric Whitacre, Ólafur Arnalds, and the London Contemporary Orchestra. Spitfire’s sounds are heard in everything from major Hollywood film scores to recordings by Radiohead & U2.

What started as a side project for Christian and Paul is now a thriving software enterprise. Their entire team shares a common goal: to inspire a generation of film composers. Spitfire Audio’s composer team is the core of the business; they draw on their own experience as music makers to explore the desires of their fellow composers and musicians, through incredibly high-quality sample development. 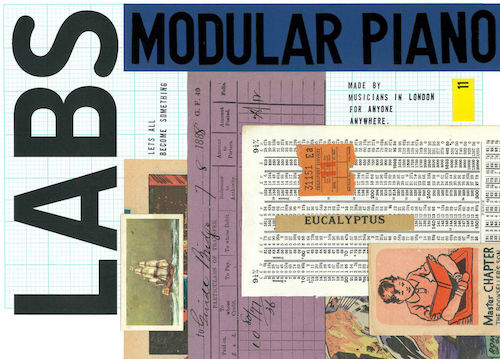 LABS is an “infinite series” of free VST synth plugins. The company considers this the perfect introduction to their products. LABS samples all play back in a standalone plugin, so you won’t need to download Kontakt or any other sample player.

London-based musicians develop and release libraries monthly at no cost to users. Piano, guitar, strings, synth pads, choirs, drums, dulcimer, and more are all available as standalone software synths. The collection is amazing and diverse, and the fact that it’s free is a testament to Spitfire’s goal of keeping creatives inspired.

Most of Spitfire’s Kontakt-based libraries share a similar interface. This makes switching between instruments intuitive because you’ll already be familiar with the controls and signal path. There are tons of incredible libraries in the their catalog. Some are Kontakt-based, and some come with a proprietary plugin that loads directly into any DAW.

Abbey Road Studios is a magical place. It contains the essence of dozens of incredible film scores recorded there over the years. Even though Abbey Road is best known for recordings by The Beatles, Pink Floyd, Kanye West, Florence & The Machine and others, Abbey Road Studio One has been at the forefront of film music for decades.

Zimmer is a frequent Spitfire Audio colloborator, this being the fourth time working with them. The legendary composer presents the ultimate piano library.

A personal favorite of Hans, the instrument captured is the in-house grand piano at the Hall at AIR Studios — one of the finest scoring stages in the world. Expertly recorded by Hans’ renowned engineers and the award-winning Spitfire team, this library embodies what Hans calls a ‘once-in-a-lifetime’ opportunity to create a world class piano writing tool.

This instrument plays back in an included Kontakt player.

Unique among Spitfire’s String libraries, this library has tools that capture the unconventional techniques and performances of an exciting group of boundary-pushing musicians. The library contains six violins, four violas, three cellos, and two basses.

This library also plays back in an included Kontakt player.

Spitfire Audio solidify themselves as forward-thinking, contemporary sample developers by teaming up with Pixies guitarist Joey Santiago. This is definitely one of the most unique sample libraries you’ll find anywhere.

Joey Santiago Guitars contains a variety of multi-sampled guitars, recorded and performed by Joey through his pedalboard and his amp rig, finally re-amped back in London’s legendary Pool Studios.

In addition to multi-sampled virtual instruments, Spitfire Audio also captured hours of Joey’s shredding, gating, twisting, and distorting, turning it all into samples for adventurous sounds. 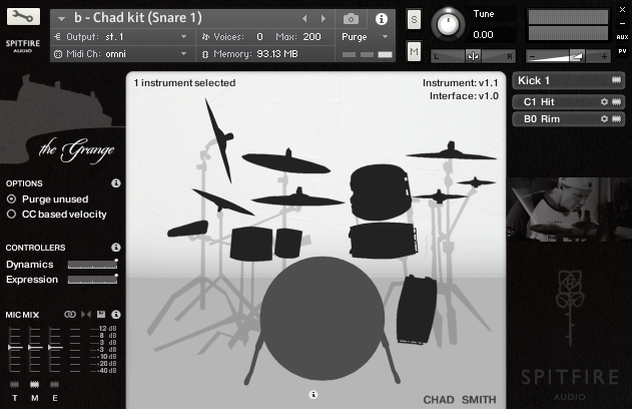 This library is an anthology of kits and an exhaustive collection of loops all with sympathetic mixing options.

This is by no means an exhaustive list of everything Spitfire Audio offers. Their catalog contains over 60 of the most detailed sample libraries on the planet, for everything from film composition to rock drum programming.