The Biggest Advantages to Mixing with Headphones

In general, mixing with headphones exclusively isn’t advised. You’ll want to have a good pair handy to reference your mix on something other than your main monitors, but spending all of your mix time in cans can yield some wonky results.

Before Mixing with Headphones, Consider This

For one thing, headphones typically have a unique way of coloring the sound they reproduce, and every pair is an entirely different beast. This coloration greatly effects the way we perceive frequencies, ultimately changing the way we mix. We might, for example, needlessly attenuate the low end on a pair of headphones whose frequency response has a bump in that area. Conversely, we might boost the high end to compensate for the exaggerated lows we’re hearing.

Despite the obvious challenges, there are also clear advantages to mixing on headphones that studio monitors simply can’t replicate.

Advantages to Mixing with Headphones 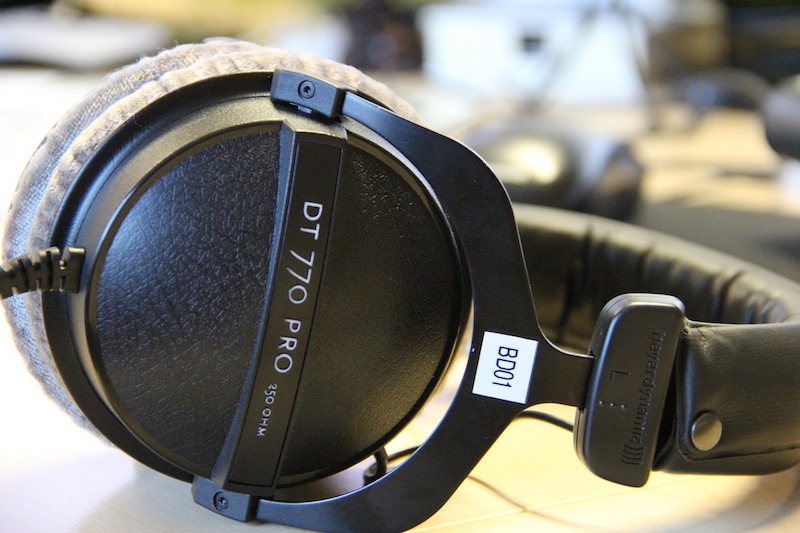 Likewise, there are plenty of fantastic, affordable options to explore when shopping for headphones. The industry standard AKG K240s can be had for as little as $69, while the equally renowned Sony MDR 7506s are available for right around $100. Even the most basic entry-level studio monitors will run at least 3x that price and won’t be nearly as suitable for serious mixing as a decent pair of cans.

When cost is a factor (when is it not??), setting up your project studio with a good pair of headphones can be a very viable option.

Work Silently at Any and All Hours

This is probably the most obvious advantage that headphones have over studio monitors. When we’re working out of our bedrooms or home studios, mixing at 85 dB SPL on a pair of monitors at 3:00 am is a luxury that simply isn’t feasible. In an ideal world we’d all have a nicely treated project studio with minimal sound leakage, but that also isn’t realistic for everyone. 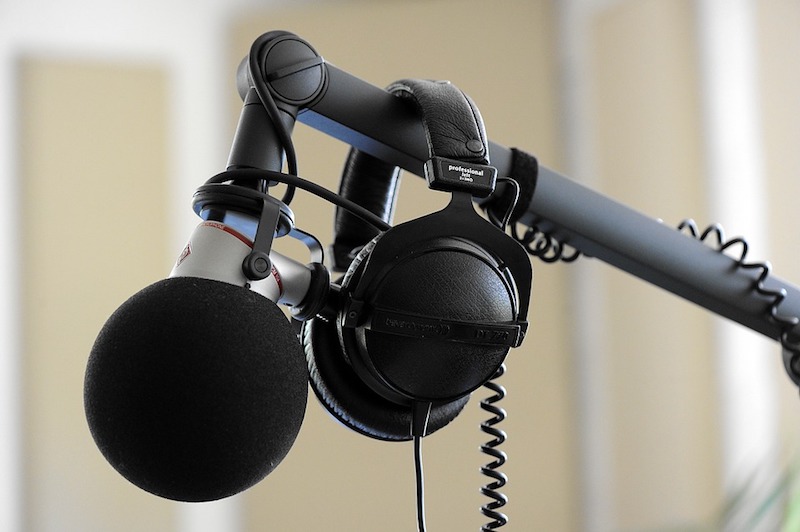 Whether it’s loud neighbors distracting us or we’re the loud ones in the situation, working on headphones is a quick and painless solution to any noise issues.

Toss a laptop and some headphones in a backpack and you have an on-the-go music production station. Try doing that with studio monitors. Don’t get me wrong–nothing truly replicates or replaces the traditional studio environment, but it’s a fact that working anytime, anywhere has never been more viable.

If you anticipate any sort of travel or simply favor the idea of being able to write or mix anytime, any place, you should definitely consider investing in a quality pair of headphones from the jump.

In terms of sound quality, most professionals will probably tell you that studio monitors beat headphones in just about every way. This isn’t necessarily untrue, but headphones do provide the advantage or listening in much greater detail. What I mean by this is that, because they’re literally sandwiched against our ears, we have the increased physical ability to focus on the finer nuances of a mix. 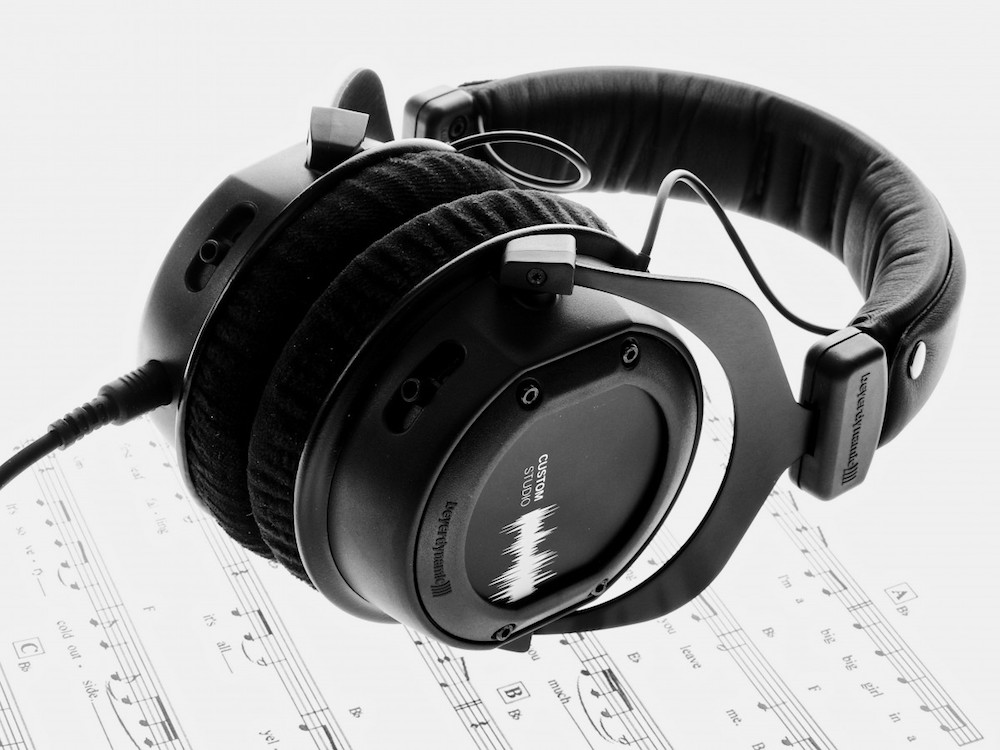 It isn’t that quality studio monitors lack detail, but that the physical proximity of headphone drivers to our ears is a much different sensation than listening to monitors up to several feet away. The result is a perceived closeness allowing us to really “look in” a mix with a magnifying glass.

To piggyback off of the ability to work silently, from an alternate perspective, mixing with headphones provides privacy. If you’re a beginner or are in any way self-conscious about the work you do–whether it be mixing or writing music–having the means to “turn off” the outside world with a pair of headphones is invaluable.

When you’re unsure of whether something sounds good, and would rather not advertise your uncertainty to family, roommates, neighbors, etc., headphones allow you to work things out discreetly.

The bottom line is this: it’s possible to mix with headphones and achieve great results, especially when you’ve considered and compensated for some of the unique challenges they present. The disadvantages exist, sure, but are not so heavily weighted that they minimize headphones’ many advantages.

Particularly if you mix or produce in an environment where volume is, or may become, an issue, investing in quality headphones from the start should be a priority.

Unfortunately, you’ve probably noticed that headphones’ biggest advantages don’t include superior sound quality to monitors or the like, but that isn’t to say mixing with them is impossible. At the end of the day, it’s always best to do what works for you, your studio, your ears, and your goals. 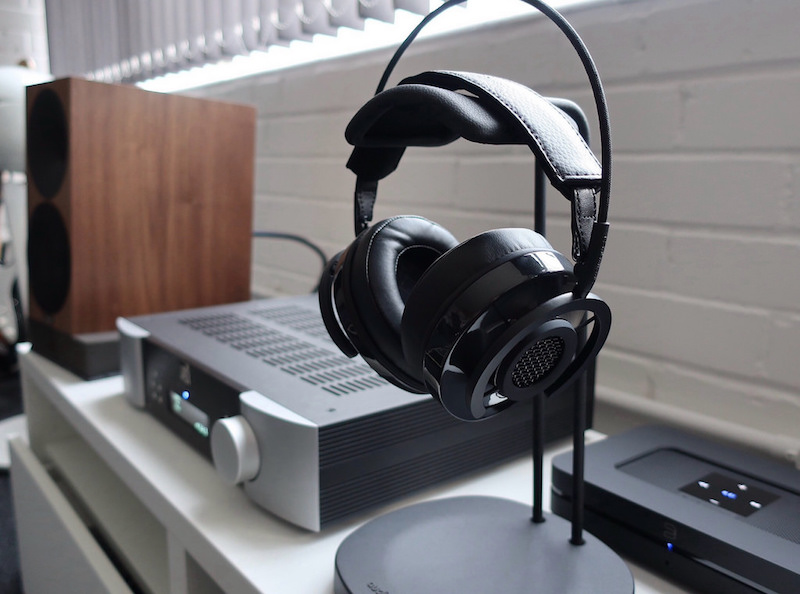