Friday, February 13th, 1970 is inarguably one of the most important dates in music history. On the eve of Saint Valentine’s 50 years ago, Black Sabbath released their earth shattering self-titled debut album.

It’s not hyperbolic to say that the album changed music forever, marking the birth of heavy metal as we know it. Black Sabbath provided the framework on which a musical revolution would be built.

Black Sabbath recorded the album live in a single day at Regent Sound Studios in London.

In what was a single 12-hour session with almost zero overdubs, the band created their genre-spawning masterpiece. Guitarist Tony Iommi recalls, “We just went in the studio and did it in a day, we played our live set and that was it. We actually thought a whole day was quite a long time, then off we went the next day to play for £20 in Switzerland.”

Apart from sound effects added to the opening track, like bells, thunder, and rain, and the double-tracked guitar solos on “N.I.B.” and “Sleeping Village”, there were no other overdubs recorded. It was done entirely live as a band, as simply as possible.

The band figured they had two days to get the album done, and one of those days was reserved for mixing. So they played it live with Ozzy in a vocal booth and never looked back. Iommi remembers that they “never had a second run of most of the stuff.”

Ozzy shared fond memories of the session, saying, “Once we’d finished, we spent a couple of hours double-tracking some of the guitar and vocals, and that was that. Done. We were in the pub in time for last orders. It can’t have taken any longer than twelve hours in total. That’s how albums should be made, in my opinion.”

Drummer Bill Ward agreed: “I think the first album is just absolutely incredible. It’s naïve, and there’s an absolute sense of unity – it’s not contrived in any way, shape or form. We weren’t old enough to be clever. I love it all, including the mistakes!”

Guitarist Tony Iommi was responsible for much of the band’s groundbreaking sound.

When he was just 17, he had an accident at a sheet metal factory in which the tips of the fingers of his fretting hand were severed. To compensate for this traumatic loss, he made false fingertips out of a plastic bottle and detuned his guitar to make string bending easier.

Iommi’s detuned guitar was undeniably “heavy,” and backed by bassist Geezer Butler, it was a sonic force. During that era, bass players typically handled a lot of melodic lines, but Butler was actually a guitarist who picked up bass for the band. As such, he followed Iommi’s riffs, “beefing up” the sound.

While recording Black Sabbath, Iommi also discovered his iconic Gibson SG. He had started recording with a Strat, but had to swap instruments because of a malfunctioning pickup. As a left-handed player, he found a right-handed SG and restrung it to be lefty. It’s hard to imagine him playing anything other than a Gibson SG!

Today, Black Sabbath remain one of the most influential heavy metal bands of all time. 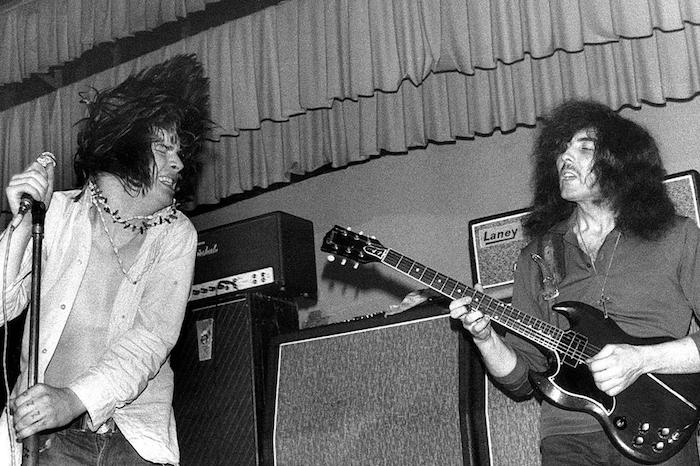 Without Black Sabbath, there would be no heavy metal as we know it today.