This is going to be a lot of fun, I’m excited to have our good friend Mr. Glenn Fricker at the studio with us today. If you’ve been watching my videos you may have noticed the one amp rack in the background, well we just installed a second one today and we managed to put-up a rather lovely selection of amps. – We’re going to demo a couple of them today!

To start we’re going to take a look and listen to the beautiful EVH 5150 III. This will be the first time using it for both of us. I know Glenn is a big fan of the original 5150’s. The 5150 I and II were originally made by Peavey Amps but after Van Halen ended his contract they became the 6505, which are still fantastic amps.

I’m excited to try this out because I got this amp from Eddie Himself so thank you, Eddie. We have decided that all the amps we’re going to play around with and talk about are going to go through my Marshall cab. – It’s going to be fantastic.

It’s mic’d up with an SM57, standard configuration, and going through a BAE 312 API style mic pre. There is no compression, and no EQ. The EVH 5150 III is a 3 style amp so it’s pretty versatile.

Check out the full video below to hear how these sound.

Learn more about all the Amps used in today’s video:

The all-new EVH® 5150III® amplifier from Eddie Van Halen’s brand, EVH. EVH 5150III® heads and cabinets deliver the holy grail of tone – a truly clean channel, a super-heavy crunch channel and an off-the-scale overdrive channel you simply won’t believe. You get the incredible tones Eddie Van Halen has chased his whole life, as Eddie himself has defined and designed each of the 5150III® amplifier’s three channels. Available in black or ivory, with an unmistakable look and sound that’s pure EVH. 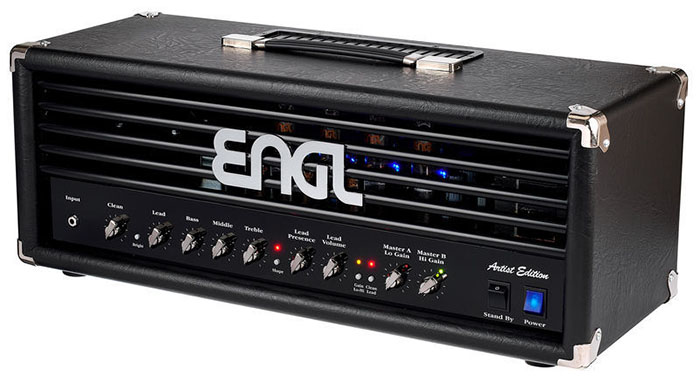 It all started in 1996 when the ENGL Ritchie Blackmore Signature Amp was released and a legend was born! It is to this day one of the most beloved and successful ENGL amps. In collaboration with none other than Doug Aldrich ENGL built a special amp in 2005, based on the E650. The concept was clear: simple handling with maximum performance. Some alterations were made, including a change to EL34 tubes and after some coming and going between Germany and the USA the perfect version in terms of sound and dynamics was designed. For quite some time now this amp is sitting in the Los Angeles ENGL Showroom and is still in use for studio sessions.

Did you know Glenn has released a few courses on Pro Mix Academy? Check them out below!

Annihilate Guitar & Amp Noise Once & For All get the SMG COCK BLOCKER PEDAL/GATE here!