Chris Fogel is a GRAMMY-winning recording engineer and mixer based in Los Angeles, California. He has had the pleasure of recording and mixing scores and soundtracks for over 170 major motion pictures and television shows, including the Oscar-winning score to Black Panther, as well as The Mandalorian, A Beautiful Day in the Neighborhood, Tropic Thunder, The Greatest Showman, The Secret Life of Walter Mitty, Superbad, and many others.

He has also worked with dozens of major recording artists, including Alanis Morissette, Justin Timberlake, U2, Childish Gambino, Nine Inch Nails, Sheryl Crow, Aerosmith, St. Vincent, Jose Gonzalez, and Robbie Robertson. Chris is a GRAMMY nominee as well as a Cinema Audio Society (CAS) nominee. He won each of these awards in 2019 and 2012 respectively.

Jagged Little Pill is one of the best-selling albums of all time. 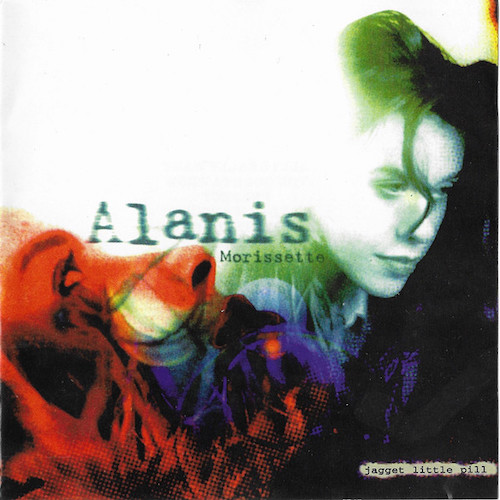 Jagged Little Pill was also nominated for a staggering 9 GRAMMYs, winning 5. It won Album of the Year, making Morissette the youngest artist in history to achieve the honor at just 21 years old. She held the record until 2010, when Taylor Swift won this prize with Fearless at the age of 20.

This record was her worldwide debut, as her first two albums were only released in Canada. It was also a stylistic departure from her previous projects, due in part to her collaboration with legendary producer Glen Ballard (Michael Jackson, Aerosmith, Shakira).

The experimentation between herself and Ballard resulted in an alternative rock album influenced by post-grunge and pop rock, and features guitars, keyboards, drum machines, and harmonica. The lyrics touch upon all sorts of relatable themes of aggression and heartache, while Ballard lent a pop sensibility to Morissette’s angst.

Interestingly enough, the album was only expected to sell enough to fund a follow-up. “You Oughta Know” started playing in heavy rotation on Los Angeles’s famous rock radio station, KROQ, and garnered plenty of attention for its heated lyrics. This was followed up by heavy music video rotation on MTV and MuchMusic.

After “You Oughta Know” caught the world’s attention, the album’s other hits helped make Jagged Little Pill the groundbreaking success that it is. The fourth single, “Ironic,” became Morissette’s biggest hit. “You Learn” and “Head over Feet,” the fifth and sixth singles, kept it in the top 20 on the Billboard 200 albums chart for more than a year.

Over the next few years, the album would continue to earn Morissette accolades. “Ironic” was once again up for GRAMMY nominations in 1997, and the song won Single of the Year at the Juno Awards. At that same show she picked up Songwriter of the Year and an International Achievement Award at just 23 years old. In 1998, Jagged Little Pill, Live (her world tour documentary) picked up a GRAMMY for Best Music Video, Long Form.

Perhaps most impressive, Jagged Little Pill is also credited with opening the door for other smash hit-making female artists of the early 2000s. The staggering commercial success of the album paved the way for other female singers, like Shakira, Meredith Brooks, Pink, Michelle Branch, and Avril Lavigne.

Katy Perry cites Morissette as a massive inspiration, claiming, “Jagged Little Pill was the most perfect female record ever made. There’s a song for anyone on that record; I relate to all those songs. They’re still so timeless.” As a result, she also decided to work with Glen Ballard for the work he produced with Morissette at the time.

Morissette co-wrote the album with Glen Ballard. Demo sessions started in 1994 at Ballard’s home studio and included only Morissette and himself, who recorded the songs as they were being written. Ballard provided the basic tracks, playing guitars, keyboards, and programming drums, while Morissette played harmonica.

The pair set out to write and record one song a day, in 12- or 16-hour shifts, with minimal overdubbing afterwards. All of Morissette’s singing on the album is representative of that—she recorded vocals in one or two takes only. Everything re-recorded later actually used the original demo vocals.

Glen Ballard and Morissette met in 1994 after his publishing company matched them up. Within half an hour of meeting each other they had started experimenting with different sounds in Ballard’s home studio in California. He also told Rolling Stone that, “I just connected with her as a person, and, almost parenthetically, it was like ‘Wow, you’re 19?’ She was so intelligent and ready to take a chance on doing something that might have no commercial application. Although there was some question about what she wanted to do musically, she knew what she didn’t want to do, which was anything that wasn’t authentic and from her heart.” (source)

The album’s most commercially successful single, “Ironic,” was the third track written for the album. In an interview with Christopher Walsh of Billboard, Ballard explained how “Ironic” was written. He said:

I’m telling you, within 15 minutes we were at it — just writing. ‘Ironic’ was the third song we wrote. Oh God, we were just having fun. I thought ‘I don’t know what this is — what genre it is — who knows? It’s just good’. (source)

The lead single, “You Oughta Know,” has guitar by Dave Navarro and bass by Flea of Red Hot Chili Peppers. The song was originally written with a different instrumentation, and Navarro and Flea were approached to rewrite the music.

The first song shown to A&R was “Perfect”, with a simple arrangement of only Morissette’s vocals and Ballard’s acoustic guitar. In 1995, around the time that Morissette signed to Maverick Records, the pair took the demos to the studio and began working on full arrangements.

“You Oughta Know” is the lead single from Jagged Little Pill, recorded and mixed by Chris Fogel.

After releasing two commercially successful studio albums through MCA Records Canada, Morissette left the company and was introduced to new management. Shortly after, she started working on new music, but didn’t make much progress until she made it to Los Angeles and met producer/songwriter Glen Ballard. Morissette and Ballard co-wrote “You Oughta Know.”

“You Oughta Know” was recored and mixed by Chris Fogel. He tracked everything in the song apart from Flea’s bass and Dave Navarro’s guitar, and also comped all of the takes. He provided scans of the original track sheet from the session (pictured above) and had the following to say:

I still have the original track sheet, in pencil even (I’d better preserve it before it melts away)! I devised these track sheets to keep track of not only what was on each tape, but what machine each tape needed to be loaded in to. Note AMR1—that means “You Oughta Know” was in the first round of songs we recorded.
Most of the vocal tracks are Glen’s handwriting, everything else is mine. Example: Everything on Tape A (Organ, Hat, Loop, etc.) is my handwriting and recording. The lead vocal on Track C1 (17) is Glen’s original recording of the lead vocal.  The lead vocal on track B4 (12) is my re-comp of the lead vocal. It actually worked pretty well, but I’m so glad we don’t use ADATs anymore though.

There are two versions of the song on the album: track 2, which is the most widely known, recorded and mixed by Chris Fogel. Track 13 is a bonus/”hidden” version — Chris’s recording is identical, though this alternate take was mixed by Jimmy Boyle.

“You Oughta Know” was nominated for three GRAMMYs, winning two.

In 1996, the single was nominated for three GRAMMYs, winning in the Best Rock Song and Best Female Rock Vocal Performance categories. Despite it’s initial poor performance chart-wise, the song became a top ten hit in three genre charts in the US, peaking at #3 on the Active Rock charts, #7 on the Contemporary Hit radio charts, and #1 on Modern Rock.

The track also held a record for the longest run at #1 on the Billboard Alternative chart by a female artist. This record wasn’t broken until 2013, when Lorde released “Royals.”

25 years after its release, Jagged Little Pill has left behind an undeniable legacy—and it’s still being built. 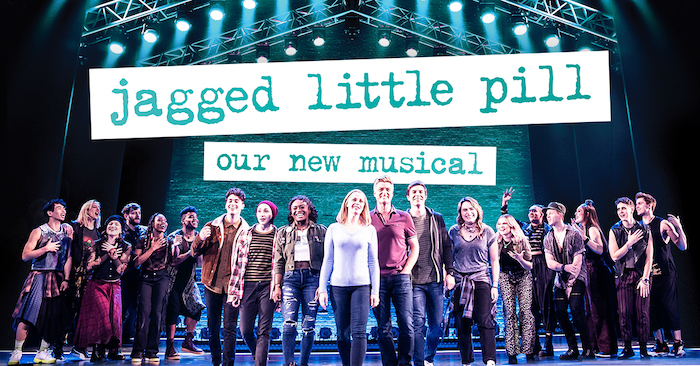 From countless accolades and awards to massive commercial appeal, Alanis Morissette’s third album will forever remain one of the greatest pieces of rock music of all time.

Most recently, the record has been adapted into a rock musical. Pre-production on the show began in 2013, and it premiered in May 2018 at the American Repertory Theater in Massachusetts. The musical additionally features an accompanying book by Diablo Cody. The show began previews on Broadway in November 2019.

25 years later, Jagged Little Pill has proven itself to be a living piece of art, ever evolving and showing no signs of slowing down.