Tom Holkenborg, aka Junkie XL, is a GRAMMY-nominated and multi-platinum producer, film scorer, and multi-instrumentalist. His musical style sets him right at the cutting edge of contemporary music, and his approach to film composition is a refreshing spin on the art form. Tom’s scoring credits include Mad Max: Fury Road, Deadpool, Batman vs. Superman, and many more – along with the upcoming Alita: Battle Angel (out everywhere February 14th).

Tom’s background in and knowledge of classical forms lends itself to his music production style, while he’s simultaneously able to keep a finger on the pulse of popular contemporary music and culture. His unique background and skill as a multi-instrumentalist (keyboards, guitar, drums, violin, and bass), as well as his knowledge of pro audio, provide him all the tools he needs to create without limits. 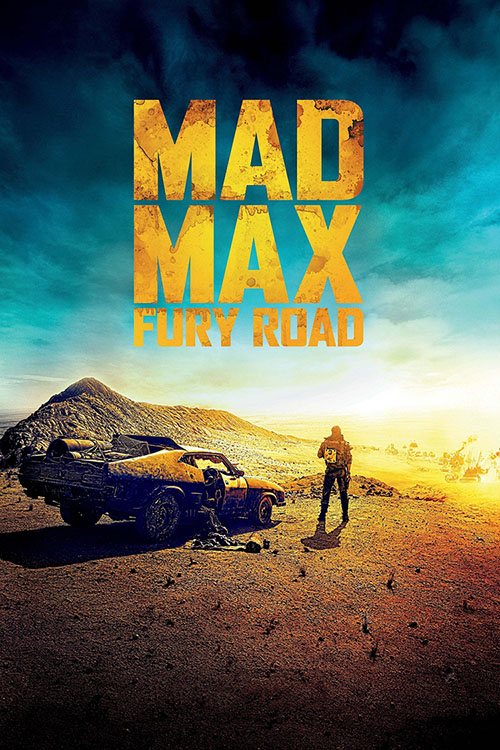 Tom started his career in film composition in the Netherlands, where he was born in 1967. He initially got his hands dirty with scores for Dutch films in the late ’90s, while also undertaking mentorships with successful composers Harry Gregson-Williams (Domino, Kingdom of Heaven) and Klaus Badelt (Catwoman).

Tom worked with Oscar-winning composer Hans Zimmer, with whom he was able to solidify his career in film. They worked together for several years on many massive projects, most recently including 2016’s blockbuster Batman vs. Superman, which was the seventh collaboration between the two. Tom also worked with Zimmer on The Amazing Spider Man 2 (2014), Man of Steel (2013), Dark Knight Rises (2012), Madagascar 3 (2012), Megamind (2010), and Inception (2010). 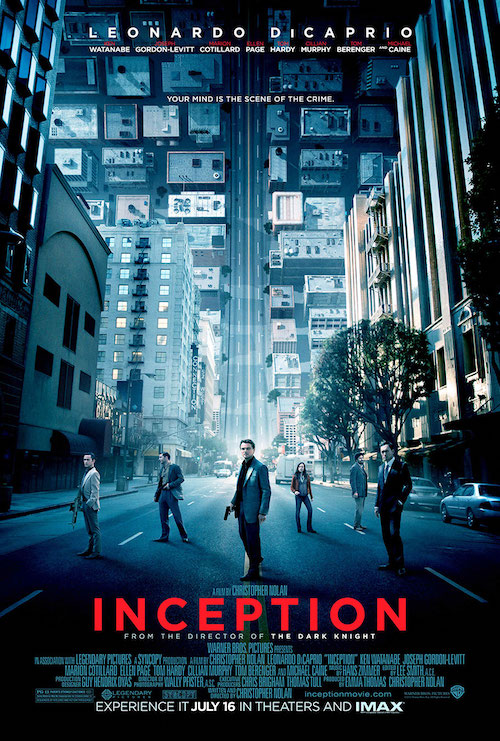 Tom’s music career began as early as 1993 when he started the industrial rock band Nerv. At the time, he was also producing popular hardcore and metal bands like Sepultura and Fear Factory. He had an interest and an ear for electronic breakbeats, so he started Junkie XL in 1997 with the debut album Saturday Teenage Kick.

Tom went on to make 5 more albums as Junkie XL, touring the world for over 25 years—many of which were as a headline act. In 2002, Tom scored a #1 hit in 24 countries with a remix of “A Little Less Conversation.” Following the success of a #1 record, Tom had the opportunity to work with artists like Dave Gahan (Depeche Mode), Robert Smith (The Cure), and Chuck D (Beastie Boys), and remix artists like Coldplay, Depeche Mode, Britney Spears, and Justin Timberlake.

Tom’s also been very successful in video game scoring, creating the music for games like FIFA, Need For Speed, The Sims, and SSX. His work has also been in commercials for Nike, Heineken, Adidas, Cadillac, and VISA.

Throughout his career, education and mentorship have been influential and essential for Tom. In an effort to give back and share what he’s learned as a professional in the music industry, Tom created a Bachelor’s program at the ArtEZ Conservatorium in his home town of Enschede, Netherlands. The program focuses on music composition and more than 200 students have graduated from it. Tom has also produced the online tutorial series, Studio Time, sharing his knowledge and helping others as much as he was helped early on.

Tom works out of an incredible space in LA, which arguably resembles some sort of elaborate space station! He has no shortage of keyboard synthesizers as well as modular synths at his disposal for whatever the job entails. And though he remarked that film composition can be high-pressure and extremely stressful, he thankfully isn’t in the business of saving lives, for instance; it’s a gift to be able to make music for a living, and a few deep breaths or a step away from his many, many synthesizers and instruments is all it takes to reset!

One of the interesting pieces in Tom’s collection is an early ’80s FM digital synthesizer called the DK Synergy. It comes with its own computer for programming presets, which Tom explained is unnecessarily complicated. He remembers spending an entire weekend trying to make one preset, after which he went back to Native Instruments! The Synergy also comes with sounds preloaded onto cartridges, which seems very antiquated compared to the virtual instruments we have access to now.

He has many more vintage synths, including a Teisco SX-240 which was first released in 1984. Tom also has a rack-mounted Oberheim Matrix 1000 analogue synthesizer, which is noted for its versatility and affordability. The Oberheim has been used by Moby, Depeche Mode, Pet Shop Boys, and Fatboy Slim—and by Tom, of course. 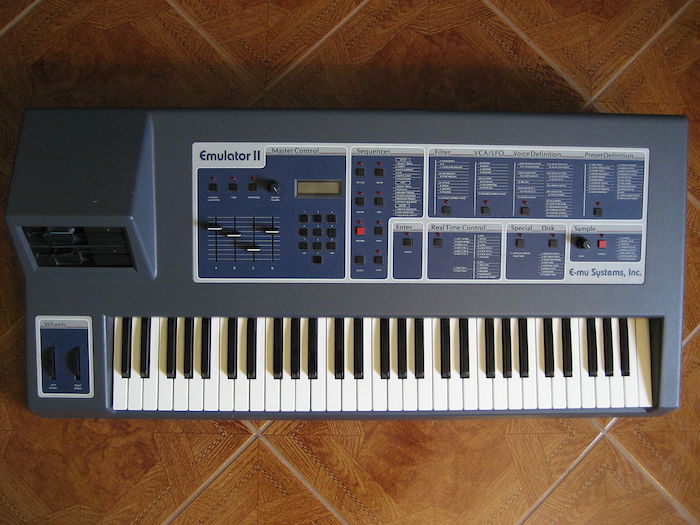 A holy grail piece of sorts, Tom has an E-Mu Emulator II—a now vintage synthesizer and classic of the late ’80s. At the time, it was considered a be-all, end-all instrument that you’d see in every studio, every magazine, etc. It was employed by Depeche Mode quite heavily, amongst other groups at the time. One key feature exclusive to the Emulator II is the ability to create a “super-stereo” sound field, as Tom describes it. Users can pan, for example, each note in a chord differently. But where it gets interesting is that the synth will automatically change the panning every time the chord is played. The feature is hard to replicate even in-the-box, so the Emulator II is still an extremely viable instrument despite its age. Tom recalls picking his up around 1992 or 1993 for as a little as a couple hundred bucks. Tom also has a Yamaha DX1 on loan from Hans Zimmer, which is another “holy grail” synthesizer of the ’80s.

Interestingly, Tom used to also make sounds and do demos for Yamaha synths in the ’80s. He’s spent significant time over the years tinkering with gear, which certainly explains his expertise!

Tom’s synthesizer collection is remarkable, and better yet, they’re all powered on at once and ready to go in an instant!

One of the most eye-catching parts of Tom’s studio is his custom wall of modular synths. He has a huge collection of modular pieces all produced by various companies, some of which are only two builders!

Though it looks incredibly intricate, the basic approach to modular synthesis is rather straightforward. With keyboard synthesizers, everything is pre-wired on the back end so you can get up and running with different sounds immediately. Modular synths are just like any keyboard or plugin, except that nothing is wired yet! Instead, you have to wire it yourself on the front end.

It takes a tremendous amount of time and effort to create patches, and documenting it is only a further complication—there are no savable presets! However, the basic principles of modular synthesis are fairly easy to understand.

Tom likes to take Sundays off to step away from any ongoing projects and mess around with all of his modular synths. As he describes it, he can walk around in his pajamas on a Sunday afternoon and just make sounds for the sake of it!

As a multi-instrumentalist, Tom of course has a brilliant collection of instruments outside of synthesizers. His guitar collection boasts the classic Roland Jazz Chorus amplifier, a Marshall JCM 800, an Orange Thunderverb, a Marshall Hendrix full stack, and a number of different instruments, including an Ibanez Les Paul copy, a Gretsch Electromatic, a Fender Johnny Marr signature, and more.

Of course, Tom also has a very nice Gretsch drum kit set up in his studio, which he mentioned somewhat humorously was one of twenty drum kits he owns! As a film composer, you need to make sure all your bases are covered, and Tom’s certainly are.

Tom Holkenborg (Junkie XL) is nothing short of a master in his field, from music production and film scoring to modular synthesis and pro audio. Be sure to visit the Junkie XL YouTube channel for more from the master himself!