Kaotica Eyeball Review: Is It Worth It?

The Kaotica Eyeball is a microphone isolation ball with an integrated pop filter. It’s a big foam sphere you slide over the microphone capsule to protect it from reflections. The Eyeball intends to keep untreated room sound out of your vocal tracks, for cleaner, consistent recordings.

Kaotica Eyeball: Does It Work?

The Eyeball, growing in popularity, is a riff on the so-called ‘portable vocal booth.’ Designed specifically for vocal recording, it provides a possible solution to working in untreated rooms or otherwise poor acoustic environments. It differs from the curved, behind-the-mic variety we’ve seen by fully encompassing the microphone in a foam sphere.

Apart from simply isolating the mic from the room, the Kaotica Eyeball makes the perceived sound louder. The projection of a vocalist towards the microphone allows the Eyeball to capture and funnel it straight into the mic capsule, amplifying them to a small degree. This may change the amount of gain you’re accustomed to using, and it may also alter what you’re used to hearing by coloring the sound to an extent.

There’s no doubt that the foam enclosure does an adequate job attenuating off-axis sounds and room reflections. For the best result, the vocalist should be close to the integrated pop filter, singing straight into it. The mic capsule should be right at mouth level, and not above or below it.

It certainly has a ‘small vocal booth’ sound to it, effectively drying up untreated rooms with lots of messy reflections. The obvious application here is the home studio, or even as part of mobile rig where you’re recording in unpredictable places all the time. In terms of effectiveness, the Kaotica Eyeball delivers, and you can reliably eliminate acoustic issues like comb filtering which plague vocal recordings.

If $199 sounds like a lot for what amounts to a giant windscreen, it should be reiterated that it does what it claims to do. There’s no snake oil here, as it will certainly make for cleaner, more consistent vocal takes if your room isn’t ideal. The price is also in line with other varieties of makeshift vocal booths.

One of the issues some users run into with the Eyeball is unwanted coloration. What you get with a device like this is a more ‘realistic’ representation of your vocalist and your microphone, which should be a good thing. If you’re unhappy with the sound, you’re ultimately unhappy with your microphone…however, there are alternatives that do a similar job with less coloration. 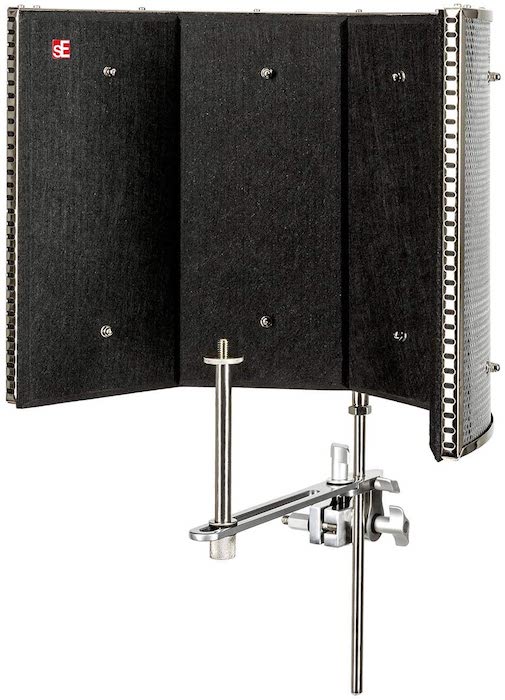 sE is the industry standard when it comes to microphone isolation. They introduced their flagship in 2006, and have sold over 100,000 since. sE stands out as an excellent alternative to the Kaotica Eyeball, and it’s the behind-the-mic design we mentioned earlier. It doesn’t funnel the vocals toward the capsule the same way the Eyeball does.

This one uses their patented multi-layer technology to ensure a balanced, even sound with no coloration. It just isolates the mic from the rest of the space that it’s in, as any good portable booth should. 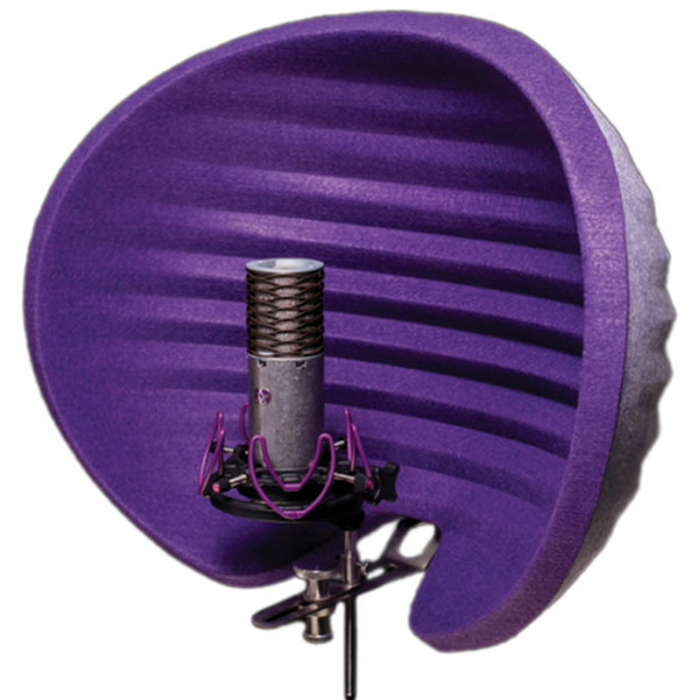 This filter looks different than sE’s patented reflection filter — a bit closer to what Kaotica is doing. The Halo has a unique, shell-shaped design that wraps around the top, bottom, and sides of your mic for maximum isolation from room sound.

The Halo also has a textured surface for more diffusion. It’s made out of PET felt (from recycled plastic), which is one of the most efficient and lightweight acoustic materials produced. Again, the key difference here is that leaves the face of the mic open. 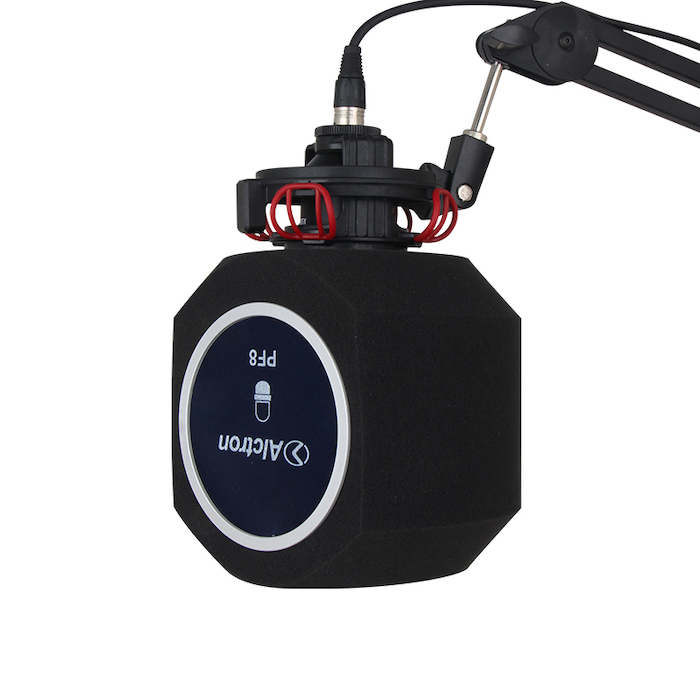 This is the most direct competition the Eyeball has. The Alctron PF8 utilizes a similar foam sphere design, which covers the entire microphone. It’s also significantly cheaper than the Eyeball, so if you’re really into that 360º style, this is a perfect alternative.

In terms of performance, the Kaotica Eyeball vs Alctron PF8 weigh in similarly. The latter looks a bit cheaper, because it is; apart from that, they both perform closely.

Conclusion: Is the Kaotica Eyeball worth it?

In short, if you record vocals in an untreated room, then the Eyeball is worth it. It delivers on the promise of isolating your mic from its environment for clean, consistent recordings.

If cost is a concern, then consider the Alctron alternative…if coloration is a concern, you have open-faced choices like the sE or Aston.