Michael Romanowski is a Grammy-nominated mastering engineer from the San Francisco Bay Area, currently based in Berkeley. He is the owner and chief mastering engineer of Coast Mastering, as well as the co-founder and co-owner of an exclusive reel-to-reel tape record label, called The Tape Project. Additionally, Michael is heavily involved with the Recording Academy. He is a former President of the the San Francisco Chapter,  previous Co-Chair of the National Planning and Governance Committee, former Trustee of the San Francisco Chapter, and he currently serves on the Producers & Engineers Wing Steering Committee.

Michael has been a key figure in fostering San Francisco’s musical diversity since 1994, contributing heavily to its sound, and in the process becoming a national expert on the art and science of mastering. He’s contributed to or played a role in all of the following publications and societies: Mix Magazine, Electronic Musician, AES, NAMM, SXSW, Tape Op, Potluck Con, AES Mexico, and AES Europe.

Like many engineers, Michael began his career as a musician in Nashville. While there, he also started his engineering career as a live sound engineer, which eventually segued into him mixing for pop, rock, and alternative bands in the area. It was in 1994 that he relocated to the California Bay Area to apprentice at Rocket Lab Mastering with Paul Stubblebine and Ken Lee, where he began learning the art and craft of mastering. By 1999, he had become the chief engineer at the world famous Plant Studios in Sausalito, CA.

In 2001, Michael had reunited with Paul Stubblebine whom he had previously worked alongside at Rocket Lab. The two built two new surround mastering rooms at the former location of Coast Recorders, and by 2007 Michael had acquired the mastering business and Coast Recorders, and continued upon its expansion. Some years later, in 2015, his own Michael Romanowski Mastering and Coast Recorders merged as Coast Mastering, relocating to the Fantasy Studios Complex studio C. The tracking and former foley room for the Saul Zaentz Media Center, and the original room built for Credence Clearwater Revival, was converted into an immersive multi-channel mastering room.

Apart from mastering, Michael works as an educator at San Francisco State University, SAE, SFJAZZ, Pyramind and other regional colleges. 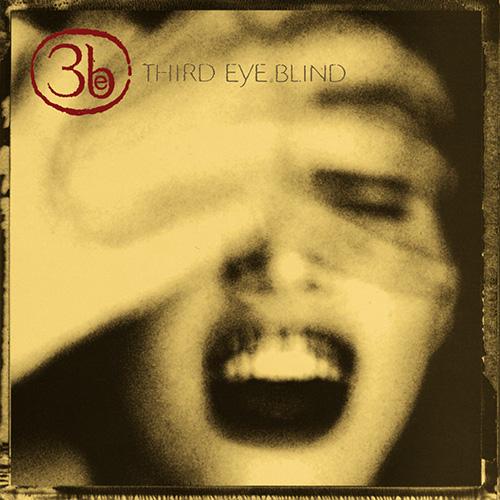 Michael worked on the high res and vinyl re-releases of the San Francisco natives’ first three albums. The debut album, Third Eye Blind was originally released in 1997, with 5 of the 14 tracks becoming singles. Three of those 5 became Top 10 chart hits: “Semi-Charmed Life,” “Jupiter,” and “How’s It Going to Be.”

Despite topping out at #25 on the Billboard 200, the album spent an impressive 106 weeks on the chart. As the band’s debut release, it was also their most commercially successful, going on to be 6x Platinum. It was a pivotal release for the Bay Area pop rock scene to which Michael has contributed so much as a mastering engineer. 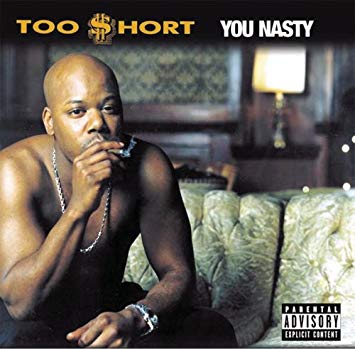 Michael mastered Los Angeles rapper Too Short’s (stylized Too $hort) twelfth full-length album, You Nasty. Released in 2000, the album was a commercial success, peaking at #12 on the Billboard 200 and #4 on the Top R&B/Hip-Hop Albums chart. The album has received a gold certification by the RIAA. 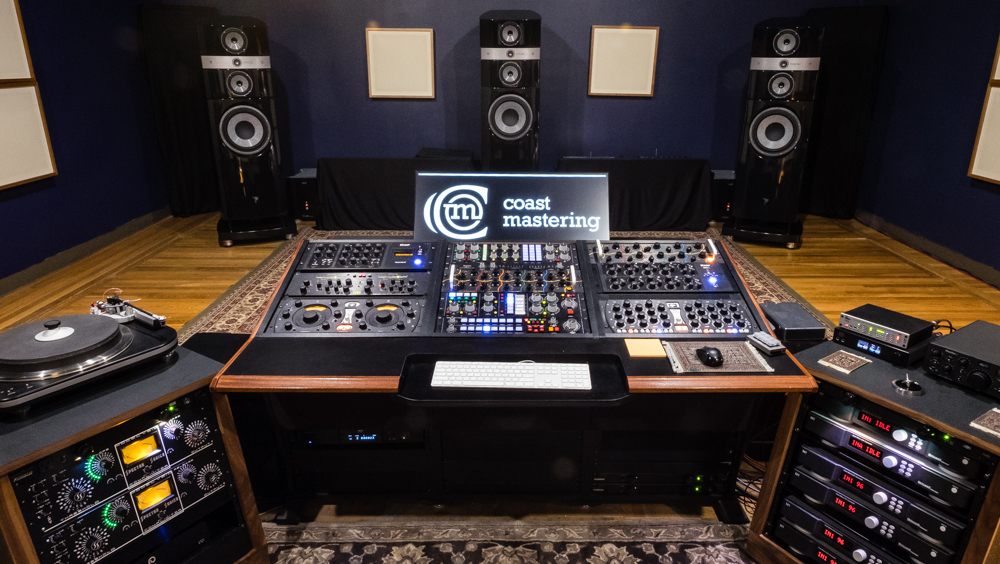 The main mastering room at Coast was designed and tuned by the legendary acoustician Bob Hodas. Since 1993, Bob has tuned over a thousand rooms all over the world, for clients like Dave Pensado, Danny Elfman, and Stevie Wonder. His talent and expertise were employed at Coast Mastering to bridge the gap between pro audio and audiophile listening systems. Both engineers and clients can take advantage of listening and working in an ideal acoustic environment. Each mastering room includes a fully analogue mastering chain, ATR tape machines, and custom turntables.

Coast also offers archival and restoration services. The following excerpt has been adapted from the studio’s website:

“Coast Mastering can help you make sense of your audio collection. Whether you have a handful of tapes or a career worth of recordings, the team at Coast can assess your content, preserve your media, digitize at current archival standards, and restore and remaster recordings from your archive for commercial release. We can help you:

Assess:We can come to you to examine your audio collection on site. We will help you figure out what you have and what steps should be taken for preservation. We can also assemble a team for full cataloging of your archive’s contents.

Digitize: Analog tapes, cassettes, DATs, born digital audio or virtually any other recording format – we can help you digitize all of them to current archival standards and prepare them for easier curation and listening, long term storage or accession by a repository.

Restore: We can repair and reinvigorate damaged recordings using the most current and sophisticated digital restoration tools available. Dropouts, distortion, speed fluctuations, clicks, crackles and pops – we have heard them all and have the tools and skills to repair sonic anomalies in the most elegant and transparent way possible.”

Jointly founded by Michael Romanowski, Paul Stubblebine, and Dan “Doc B.” Schmalle, The Tape Project releases classic albums on reel-to-reel. The project was founded to revive the all-analogue listening experience, with quality as close to the original master tape as is possible and practical. Many formats over the years have promised to deliver the same ultra hi-fi quality, but failed to disclose the impossibility of such a promise. 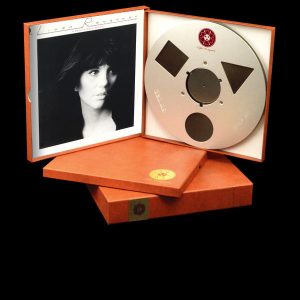 The reel-to-reel format is incredibly exclusive these days, but the Tape Project’s willingness to keep the art form alive is admirable. With the resources to purchase, house, refurbish and/or maintain a tape machine, consumers have a handful of options to choose from for playback.

Studio quality machines are the highest of the high end, meant for playing back through ultra hi-fi stereo systems. Studio mastering machines include the Ampex ATR 100 series, 300/350 series, AG440 series; the Studer A820, A80, A807 and A810; and machines like the Nagra T-Audio, the Lyrec, the large Otaris like the MTR-10 thru 15, Scully 280, 3M M56 and M79, and various Sony and MCI machines. The Ampex ATR 100 and the Studer machines are among the best choices because of their superior sound quality. There are also parts still available and companies who service the machines as well. Maintaining rarer or more obscure machines can be problematic due to lack of parts and technicians around to work on them. 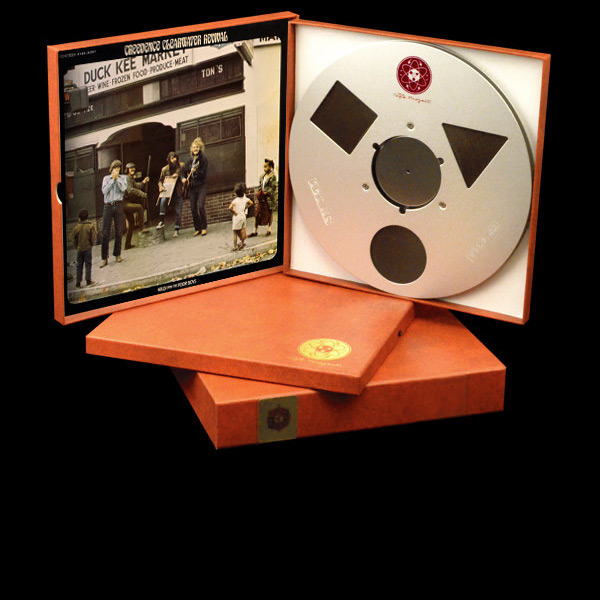 The label’s catalogue is broken down into a few categories, including classical, jazz, and roots. Among the included albums are Mozart Piano Concertos by Eugene Istomin and the Seattle Symphony Orchestra; Brilliant Corners by Thelonius Monk; Creek Bank by Mose Allison; Nat King Cole Sings/George Shearing Plays; Jerry Garcia and David Grisman; Heart Like a Wheel by Linda Ronstadt; Hooker ‘n’ Heat by John Lee Hooker and Canned Heat; Stage Fright by The Band; and Willy and the Poor Boys by Creedence Clearwater Revival.

Sound Performance Lab is a German equipment developer which specializes in gear for audio, film, multimedia, hi-fi, and broadcast. Spanning the company’s 30+ year lifespan, the developer touts an impressive list of milestones and achievements:

Michael was one of the first adopters of SPL’s DMC mastering console, which originally debuted at NAMM 2018. At the time, he was using one of the company’s first prototypes of the device with tremendous success:

THE NEW DMC IS THE HEART OF MY MASTERING SYSTEM, WITH ALL MY ANALOGUE PROCESSING GEAR CONNECTED TO IT. THE MOST IMPORTANT THINGS FOR ME ABOUT THE DMC ARE ITS TRANSPARENCY, ITS FLEXIBILITY IN GAIN STRUCTURE, AND ITS MONITORING CAPABILITIES. AND WITH EMERGING MARKETS FOR IMMERSIVE AUDIO, ITS ABILITY TO EXPAND THE CHANNEL COUNT IS A NECESSITY. THOSE ARE THE BIGGEST REASONS THAT I CHOOSE TO USE THE DMC. (CITATION)

He went to explain,

“The DMC is so clean sounding and open, the transparency of the sound is fantastic. I like how much headroom the audio has, that I can push it, let it breathe, or anywhere in-between — I can count on what I’m hearing to be accurate. I am not hearing anything holding it back in any way. Because I use analogue outboard gear for all of my mastering work, the DMC allows me to set my gain structure correctly with the input and output trims. I can get my analogue chain to behave with exactly the right signal to noise ratio that works for my system.” (citation)

SPL’s range of mastering equipment also includes the PASSEQ, a detailed and musical passive mastering equalizer; the brand new Hermes mastering router, which allows users to route an audio signal through eight different dual-channel processors in any order they wish; and the IRON mastering compressor, inspired by vintage compressors of the radio era but with modern innovations.

Without a doubt, Michael’s career can be looked to as an example of diligence and dedication to the unique art of audio mastering. Beyond just the thousands of projects he’s worked on, Grammy nominations, and Platinum certifications, Michael has demonstrated a true passion for the craft, and has also chosen to give back much of the expertise he’s acquired throughout his career as an educator for the new generation of engineers to come. His archival efforts and passion for reel-to-reel tape duplication via The Tape Project are further efforts he’s taken to keep the old traditional alive, while embracing the new as well.

Be sure to visit Coast Mastering for more and to keep an ear out for Michael’s many, many masters.

Check out the photos below to get a behind the scenes look at the interview!

All photos below were taken by Kasia Huart 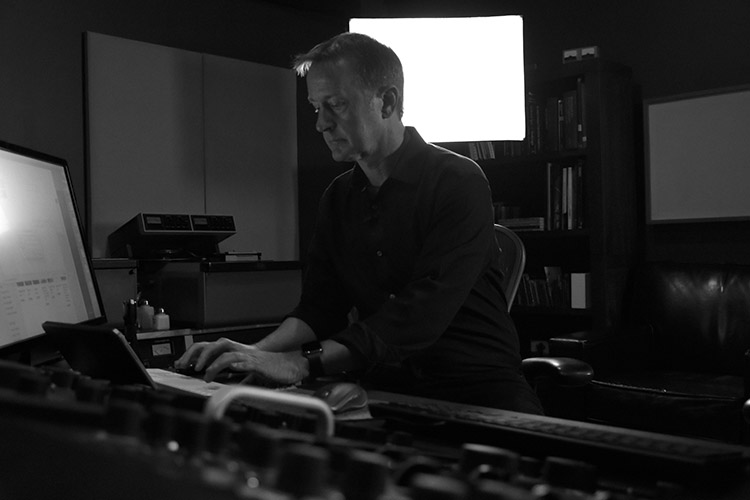 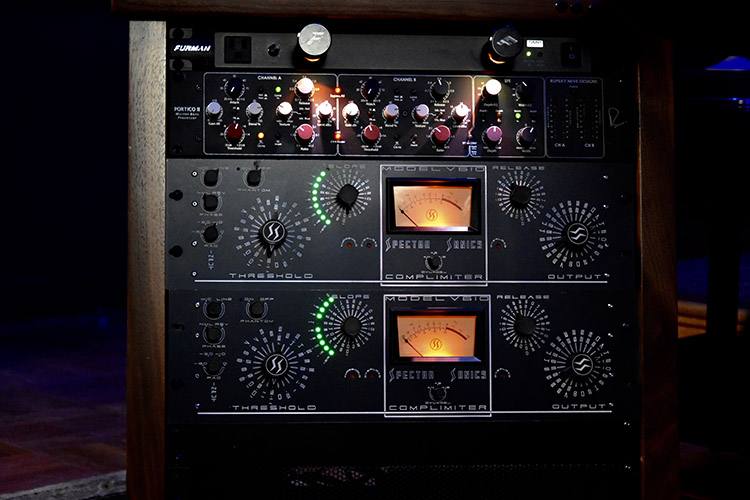 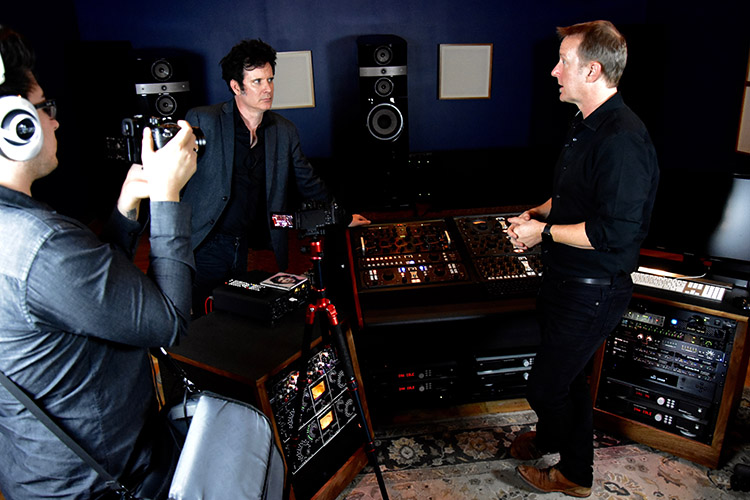 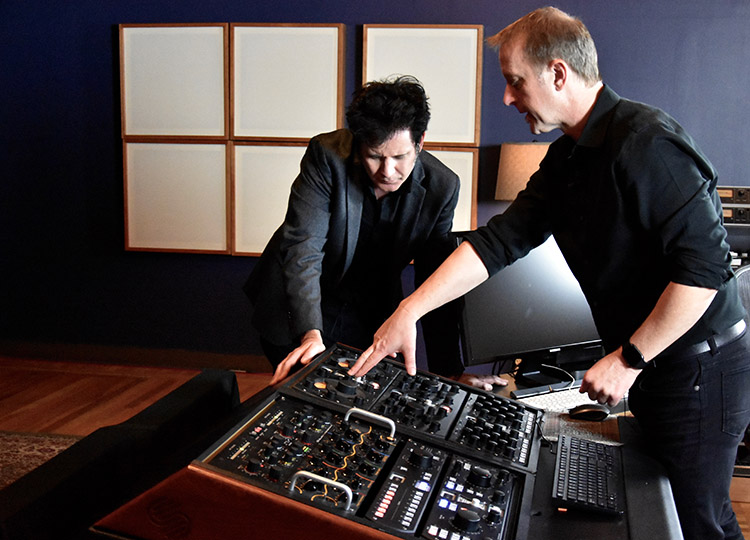 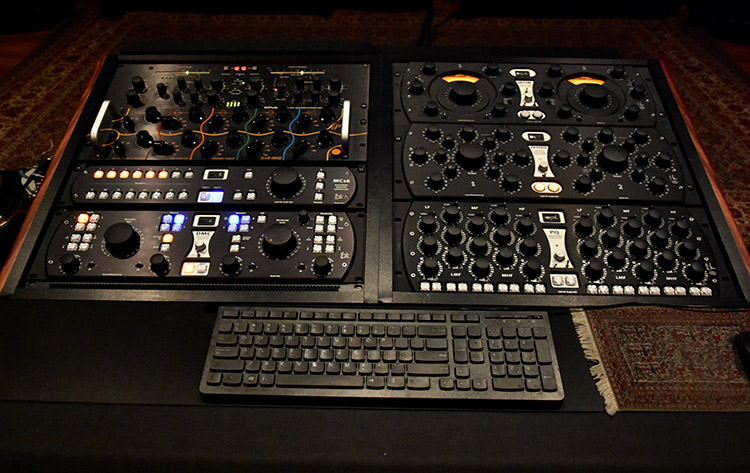 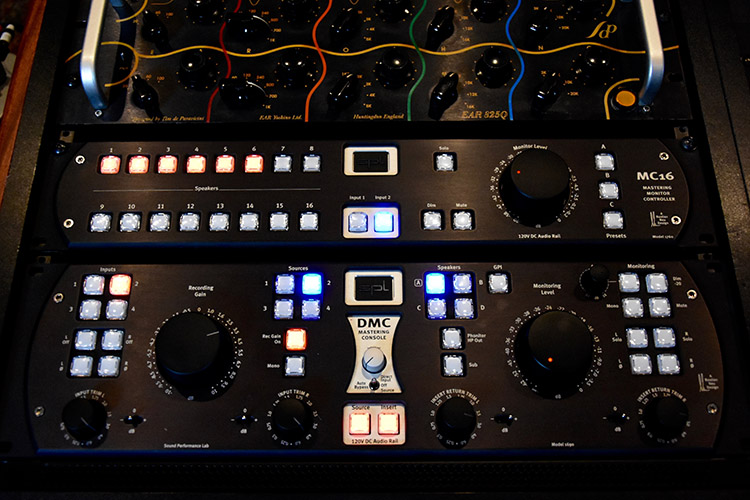 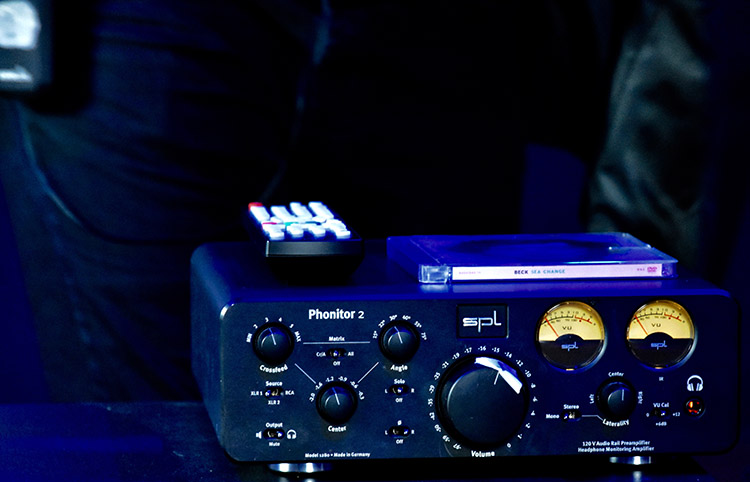 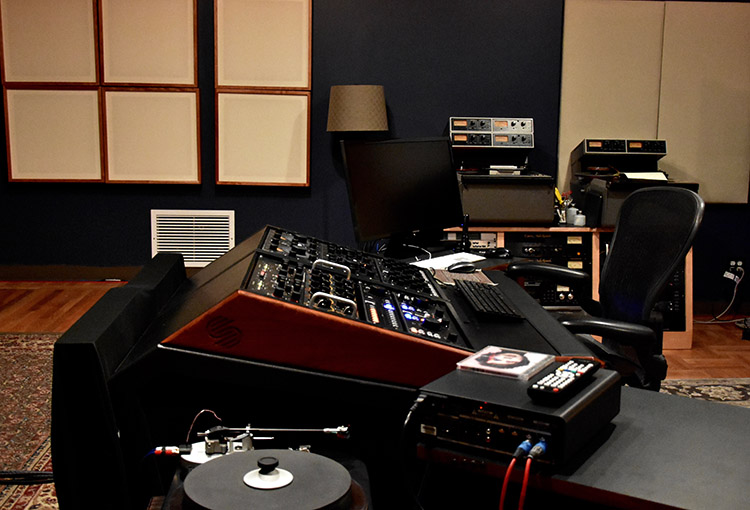 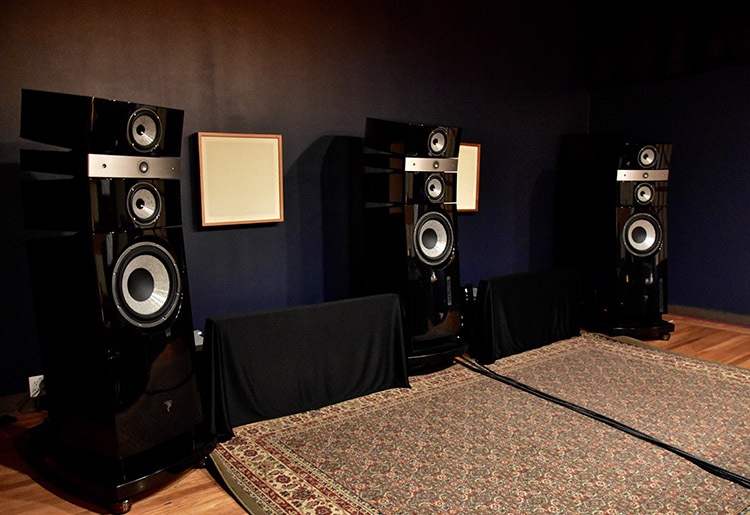 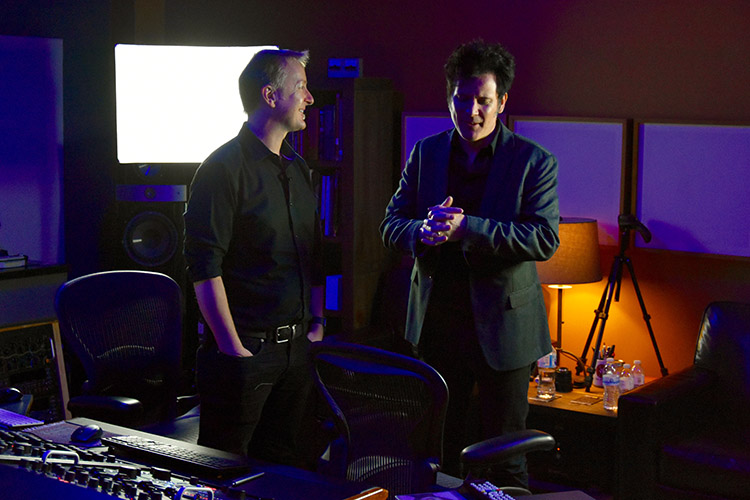 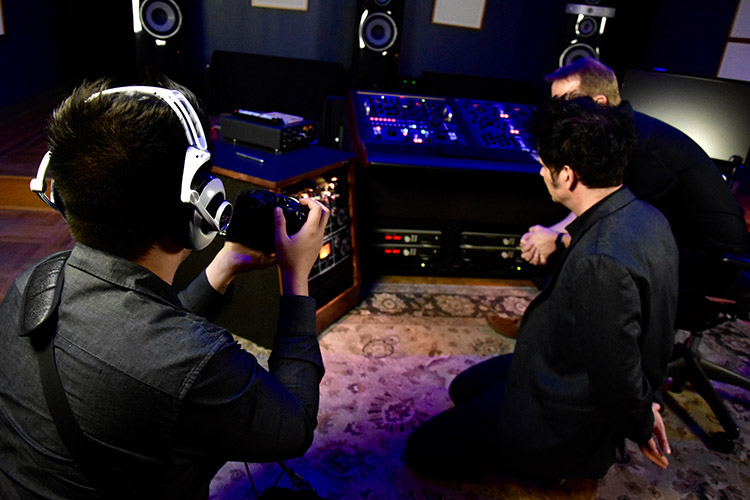 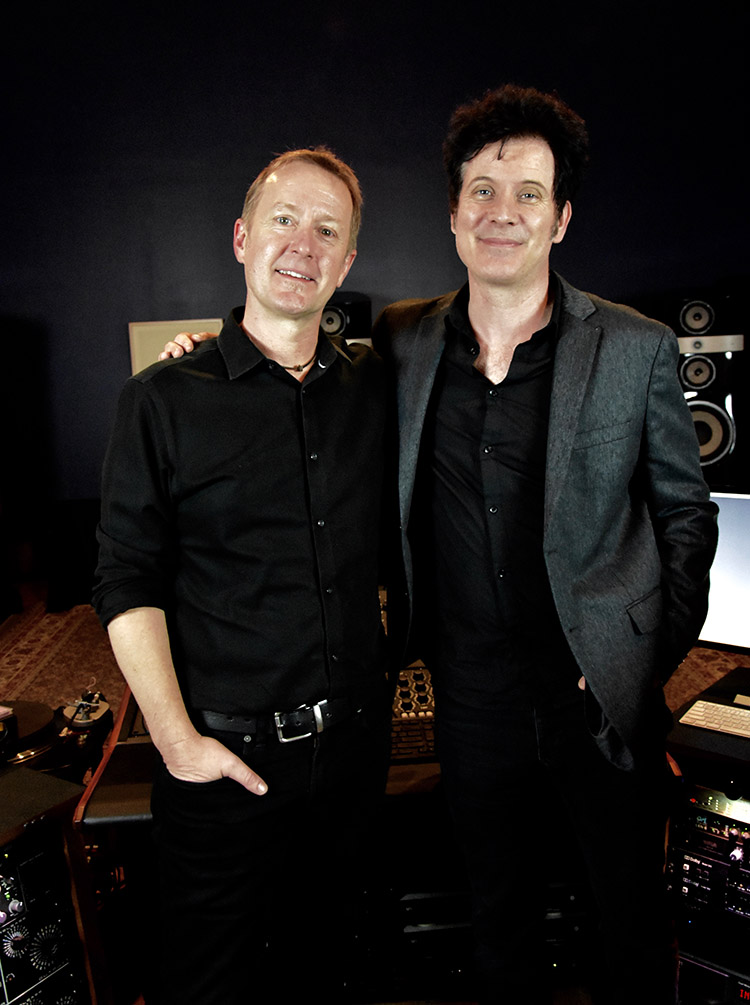