Sonic Epitaphs: Behind the Music of Joy Division’s “Love Will Tear Us Apart”

If you visit Macclesfield Cemetery just outside of the English town in the county of Cheshire, you will find a small, plain gravestone with the inscription “love will tear us apart” – a bittersweet epitaph to memorialize the tragically short life of Joy Division’s Ian Curtis. The words look to the band’s 1980 single, and first chart hit, “Love Will Tear Us Apart.” With his haunting vocals layered over innovative instrumental melodies and textures, Curtis and Joy Division built a poetic and musical masterpiece which would inspire generations to come. The song is both inspiring and heart-wrenching, juxtaposing a danceable, almost euphoric, instrumental track against devastatingly intimate lyrical writing. In 2015, Stuart Berman reflected in Pitchfork magazine: “It may be impossible to hear “Love Will Tear Us Apart” as anything other than rock’s most exquisitely crafted suicide note.” While the song’s success, followed quickly by that of the band’s second album Closer, would have poised the group for a promising future, Curtis’s premature death on the eve of the band’s first American tour, and only a few weeks before the track’s release, had made that dream tragically impossible. With “Love Will Tear Us Apart” Joy Division established themselves as one of the most influential leaders of the post-punk era, merging captivating melodies and textures with a punk attitude and brutally honest lyrics. 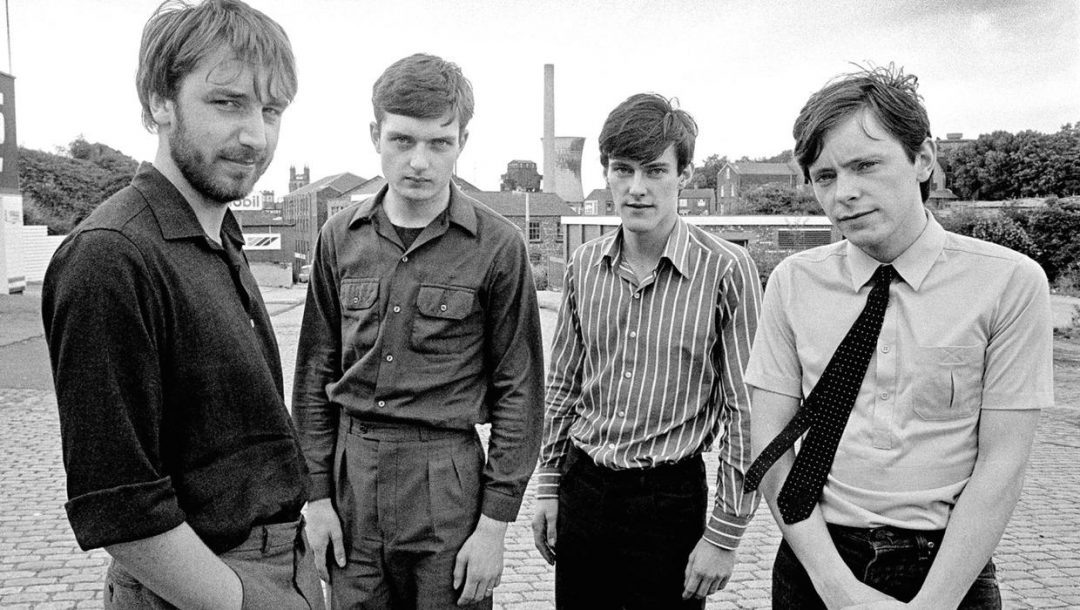 On June 4, 1976, future Joy Division founding members, Bernard Sumner and Pete Hook attended a Sex Pistols show at Machester’s Less Free Trade Hall. Hook reminisced, “on the way home that night, we decided to form a band. If they can do it, we said, meaning the Pistols, then so can we.” It wasn’t until the third Sex Pistols show on December 9, that the pair ran into Curtis. From there, the band went through a quick series of transformations (and band names). finally landing on a line up of Curtis on vocals, Sumner on guitar/keyboard, Hook on bass and Stephen Morris on drums. The influence of the Sex Pistols on the band should be unsurprising given the moment in which they were formed. But the revolutionary spark that had been ignited by punk burned hot and fast. Joy Division emerged from the still-smoldering ashes of punk and reveled in that darkness. Writing for Uncut magazine in 1998, David Stubbs concluded “Joy Division were the last British band who mattered, for whom something was truly the matter…There was a dark, cold, terrible, authentic centre to Joy Division which exists in no other rock band, European or American, past or present.” 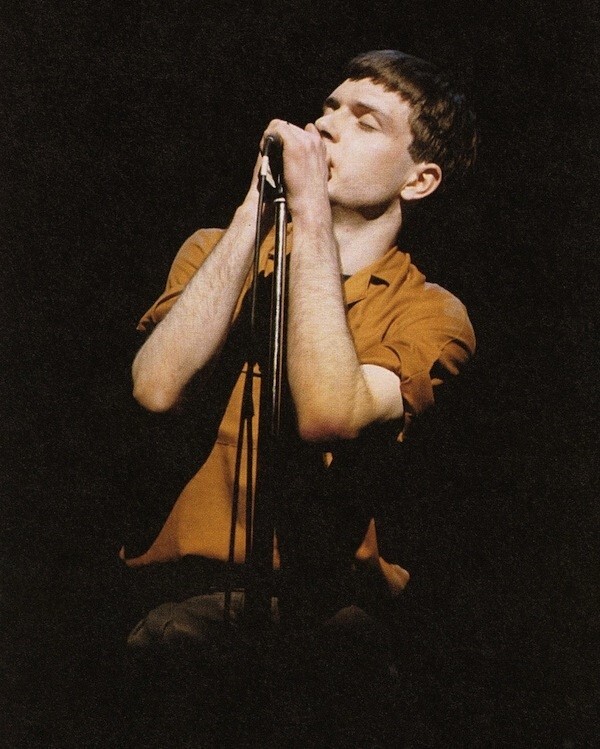 Of course, that darkness is undoubtedly more pronounced in retrospect – knowing how the band would end – and the journey to get there. In 1978, Curtis began experiencing severe epileptic seizures. Over the next two years, they would become more severe and more frequent. Joy Division’s rising success only made things more challenging. Show lighting and sounds, drinking, smoking and a life on the road undoubtedly worsened his condition. Curtis also began experiencing severe mood swings, likely caused both by side-effects of some medications, as well as by the lack of success in finding effective treatment. In the midst of this tumultuous time, Curtis also began having an affair. Torn between his new love and his commitment to his wife and new daughter (born in April 1979), Curtis struggled heavily with feelings of guilt. Today, we can look back on the lyrics to his songs and see this internal battle. When he sings: “You cry out in your sleep, all my failings exposed,” we can read his biography of pain and guilt into those lyrics. But as Sumner reflects, the extent of his pain wasn’t always clear to his bandmates: “No-one sat down and said, ‘Have you read Ian’s lyrics, they’re a bit…’ because he was a normal, happy guy. It was very difficult to tell with Ian what he could and couldn’t handle. We had no idea – we hadn’t known him that long. We didn’t know he was approaching his breaking point.” The song’s title, an ironic twist on Captain and Tennille’s 1975 hit “Love Will Keep Us Together,” captures Curtis’ downward spiral of depression, as his health deteriorated and his marriage fell apart.

But while Curtis’ lyrics, coupled with his deep baritone vocal color, provide insight into his darker struggles, the music retains much of the young, playful energy that the band says characterized their experience. Sumner recalled this dichotomy in an interview with Uncut in 2018 :

“The strange contradiction with Joy Division was, it was a laugh being in that band…We had lots of jolly japery, it was a real good time. But I guess everybody’s got two aspects of their personality, at least, and the music reflected the other aspect of everyone’s personality. With Ian, there were definitely two agendas going on, but I can only really say that with hindsight, because at the time the only clue to his darker side were his lyrics. And we never listened to his lyrics.” 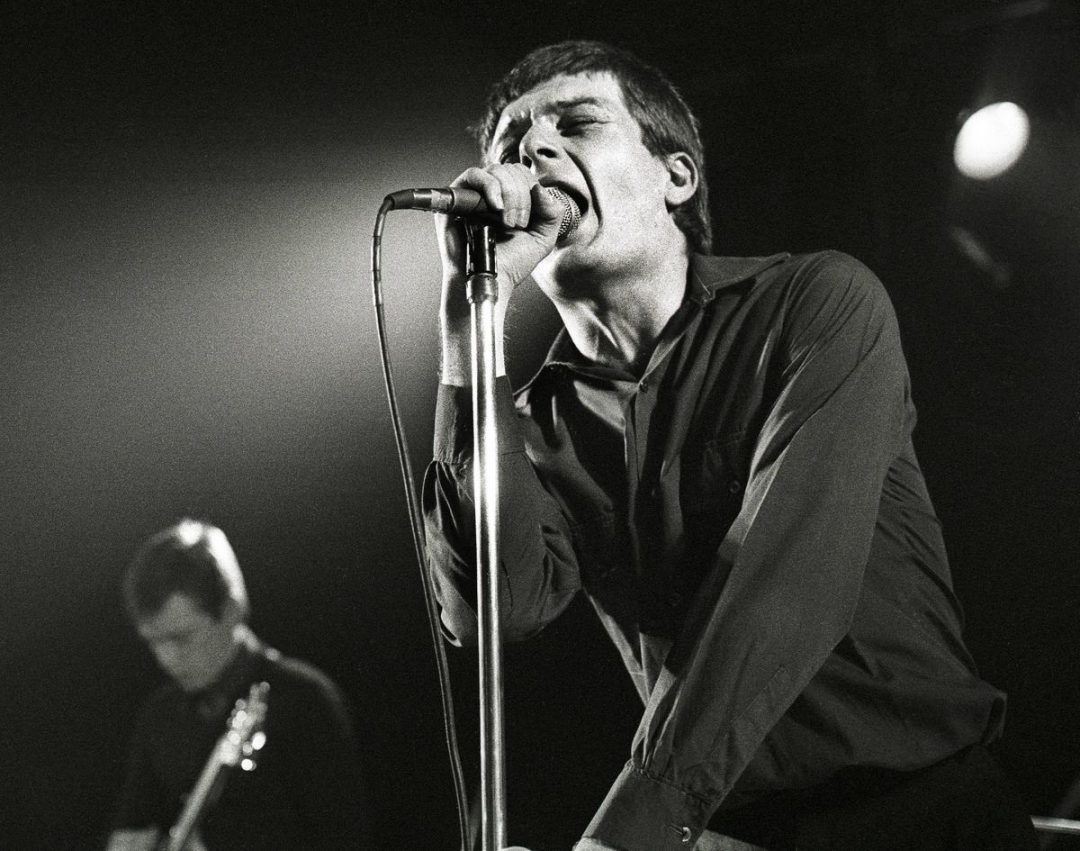 In juxtaposition with the vocals, the instrumental side of the track offers a catchy, danceable feel – emulating the uninhibited stage performances for which Curtis is remembered. The song was a popular number in the band’s live shows even before they recorded the single. According to Hook, the bass line was actually the inspiration for the song: “‘Love Will Tear Us Apart’ came about due to the bass riff…and me and Steve getting the backing track. There’s hardly any keyboards and on the first version there’s hardly any guitar. It was written quite simply.” Like much of music written in the post-punk era, the song certainly carries an outward simplicity – lacking the virtuosic guitar lines or vocal prowess of the arena rock bands of the mid-seventies – but that simplicity does not indicate a lack of inventiveness. Joy Division’s unique sound takes Hook’s bass line – higher and more melodic than one would expect from the instrument – and mirrors its melody in the other instruments and even in Curtis’ vocals. The result is entrancing.

Today, listeners are still captivated by “Love Will Tear Us Apart,” its dark authenticity seemingly inseparable from the tragedy that preceded its release. As Len Brown observed for NME in 1990:

“Ian Curtis was no more by the time Closer and ‘Love Will Tear Us Apart’ reached us, which makes it more difficult to measure their true merit objectively. During his lifetime, Joy Division colonised only the Independent charts. After he’d hanged himself, in the early hours of Sunday May 18, 1980, ‘Love Will Tear Us Apart’ reached number 13 in the UK singles charts, selling 160,000 copies; Closer reached six in the album charts.”

However, the song’s legacy extends far beyond that of a dark voyeurism. Its lasting influence has been recounted time and again by both musicians (The Cure, U2, Radiohead, Nine Inch Nails) and music critics. NME even named the song the greatest single of all time in 2002. In the earliest moments of the post-punk era, “Love Will Tear Us Apart” and Joy Division offered a radical new sound which enveloped Curtis’ groundbreaking, brutally honest, lyrical writing and would influence generations of musicians to come.