What Is Lo-Fi Music and How Do You Produce It?

Lo-fi music has exploded in popularity over the last several years, its cornerstone being a mellow, “rainy day” kind of sound and feel. The genre has a massive following on platforms like Spotify and YouTube, so you’ve almost certainly come across the genre in your internet travels. Today we’ll have a look at what comprises this production style.

What Is Lo-Fi Music

Generally speaking, the term stands for low fidelity. Considering today’s production standards, that would typically be a negative thing. However, it’s an established aesthetic choice to make “imperfect” music — recordings done on cheap equipment with flaws on display. Hip-hop, punk, and indie artists have made use of this creative technique for decades.

Lo-fi is now its own sub-genre of instrumental music derived from old school hip-hop and boom bap beats. It’s downtempo and relaxed, and often prominently features the hiss and warble you’d get from a tape machine or vinyl record — which is how it gets its name. Listeners find it perfect for background ambience, whether they’re just hanging out or getting work done.

How Long Has Lo-Fi Been Around?

Lo-fi in its current state is less than a decade old. We can trace the roots back to YouTube livestream playlists that started popping up around 2013. Going back a bit farther, Japanese producer Nujabes is widely considered the godfather of lo-fi music. His productions from the early 2000s include elements of downtempo, ambient, and trip-hop music, all of which are found in lo-fi.

Another major influence on the genre is legendary producer J Dilla, who was active in the mid-90s into the mid-00s. His instrumental hip-hop contained elements of progressive soul, electronic, and jazz, and often featured melodic loops and breakbeats; J Dilla’s work has arguably changed hip-hop production forever.

Hi-fi is more or less the norm these days. It’s what we come to expect from modern production — pristine sound quality across the board. A lot of that sound quality is a byproduct of digital recording and how people are making records (i.e., laptop and interface).

Sample and instrument choice, as it pertains to electronic music, is an important distinction between hi- and lo-fi music as well. You can find really clean drum one-shots, or you can find “dirtier” ones perfectly suited to lo-fi production. Just listen to a lo-fi beast versus a pop rap beat, study the sonic choices, and you should have a very clear picture on what makes lo-fi what it is. 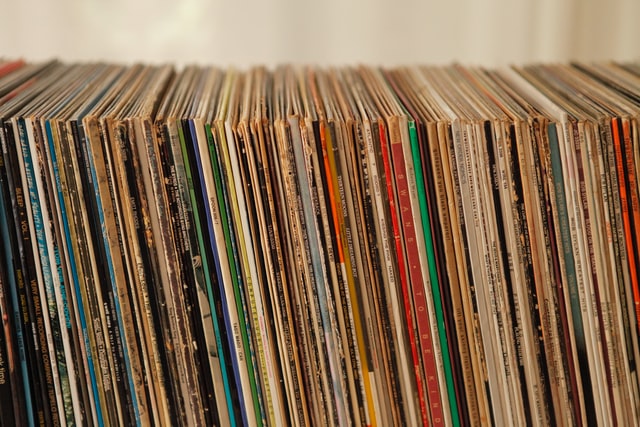 Drum loops commonly form the backbone of a lo-fi beat. Producers will use whatever best suits the track, whether those are electronic samples or live drums. The latter, especially, can add a really organic element to the production in keeping with the overall genre aesthetic. These loops tend to be stripped down, slow to mid-tempo in speed, and uncomplicated.

It’s common to use instrumental loops too, which can be chopped up and otherwise manipulated to fit the song.

Jazzy progressions create the ideal feel for lo-fi music. We’re talking lots of 7 chords with a bit of R&B and soul flair. Piano, Rhodes, or other keyboards usually create the bed, though you’ll frequently hear guitar and sometimes horns as well.

Just like the hip-hop and boom bap that influenced it, it’s not unheard of for lo-fi to literally borrow its material from old jazz or soul records. This would typically be a melodic loop which forms the foundation for the rest of the track; of course, many lo-fi producers are creating wholly original material, with samples coming in the form of drum one-shots, sound effects, and even layers of vinyl noise.

How to Produce Lo-Fi Music

And really, don’t overthink it. The right progression for lo-fi music could be as minimal as three chords. Then you can build a simple melody to layer over top, and you’ve got yourself the makings of a lo-fi beat. Remember that jazz, funk, R&B, and soul style chords tend to work the best for this stuff.

Unlike regular hip-hop with booming bass, lo-fi is bit more subdued. It’s an important element, but the genre doesn’t rely on hard-hitting 808. The bass line will often punctuate the root notes of the chord progression, and occasionally play a more melodic role. Lo-fi bass isn’t too frilly; a round and warm tone works great.

Next is the drum loop, which again is a crucial element of lo-fi music. If you’re creating it from scratch with one-shots, go for samples that sound “dusty.” If you’re wondering what that means, definitely check out some boom bap beats — that will help you understand how to arrange the beat too. As far as tempo goes, lots of lo-fi sits somewhere in the 70 to 90 BPM range.

Getting Creative with Effects

Sample selection and instrument choice is key to nailing the lo-fi sound, but so are effects. We’re talking tape machines, vinyl emulation, and anything that creates warble, hiss, crackle, and pops. There aren’t any rules, but if you want to keep in the “tradition” of lo-fi, go for any effect that sounds like you dug it out of a crate.