Building a Studio: The Importance of Studio Design

We had the chance to go to AES 2022 in New York, and see this amazing panel of top award -winning audio experts. Luckily we were able to bring the panel to all of you amazing folks to listen in and learn from some of the best in the audio world.

Learn what’s crucial today when organizing your studio from producers, engineers, and studio owners as well as studio design professionals.

On the panel, there was: 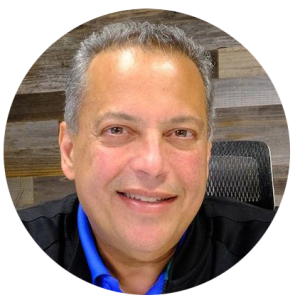 The sound that emanates from each recording studio in New York’s historic Quad Building has been significantly influenced by studio and loudspeaker designer Dave Malekpour.

Malekpour is a key figure in developing the equipment workflows and monitoring systems that define current Hip-Hop. Malekpour currently runs Pro Audio Design and Augspurger Monitoring out of his 27,000 square foot headquarters in Hanover, Massachusetts.

These businesses provide design, speaker manufacturing, console refurbishment, and wiring system fabrication for facilities all over the world, including Beijing, China, Amsterdam, and Saudi Arabia. Dave is frequently found fine-tuning speakers all over the place to give the detailed precision with tremendous impact that producers and mixers adore!

Joshua began his career as a mix artist in 2006 when he co-founded The Penua Project with his mentor Dave Pensado. Joshua has received numerous Grammy Awards and mixed multiple Grammy Award-winning songs, including Beyoncé’s “Single Ladies (Put a Ring on It)” and Jamie Foxx’s “Blame It,” in addition to over 60 #1 singles and albums.

Cruz is one of the most talented engineers in the game. He has been growing his portfolio over the last few years by collaborating with musicians like Ne-Yo, Jessie J, Santigold, J. Cole, Ricky Martin, DJ Khaled, and many more.
Most importantly he is responsible for shaping Meek Mill’s signature sound. Cruz has been in charge of every record since Dream Chasers 3 in 2013, when they began recording together.

Michael is a professional architect and a senior project designer for Malekpour Design.

Luis Valdez is the General Manager and Head of Technology for JOCAVI Acoustics.

JOCAVI was born in 1992 as a manufacturer of acoustic panels, it is a worldwide company specialized in developing and manufacturing acoustic treatment materials for the professional audio industry.
What an amazing experience it was to listen to these experts, we hope you enjoy it!
October 27, 2022
Comments (0)