Al Schmitt: The Most Successful Engineer of All Time

Al Schmitt is a recording engineer and and producer. At 88 years old, with a career spanning 7 decades, Schmitt has won 23 Grammy Awards and recorded/produced over 150 gold and platinum albums. Needless to say, he is the most successful engineer/mixer in history, despite not necessarily being a household name. His legacy has seemingly flown under the radar, despite his name almost certainly being on a record (or several) in your collection.

Schmitt was inducted into the TEC Awards Hall of Fame in 1997; in 2006, he received the Grammy Trustees Lifetime Achievement Award. In 2014, he received an honorary doctorate from Berklee College of Music. A few years back, in 2015, Schmitt received a star on the Hollywood Walk of Fame, just outside the Capitol Records building which has been his second home since 1976. To date, he is the only recording engineer with a star, recognizing his contributions to the music industry. 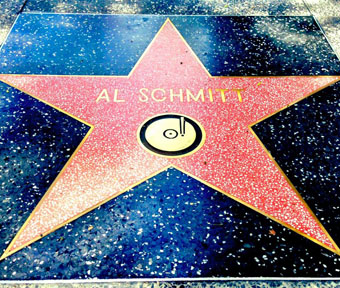 With over 1100 credits on Allmusic (Henry Mancini, Steely Dan, Jefferson Airplane, Bob Dylan, George Benson, Toto, Natalie Cole, Quincy Jones, Diana Krall, etc.), much of his success and career sustainability stems from his firm analogue groundings and his talent to adapt new technologies to improve on the old. His sound is famous for being open and clean, allowing the best natural qualities of instruments to shine.

Al Schmitt is nothing short of a living legend and one of the most important figures in recording history.

Schmitt grew up in New York City, shadowing his uncle, a producer, as a child. He would eventually serve in the United States Navy before working at Apex Recording Studios alongside the legendary Tom Dowd (Ray Charles, Eric Clapton, Bobby Darin) at 19 years old. Though it isn’t around today, Manhattan’s Apex Studios was a well known jazz studio of the late ’40s and ’50s. Miles Davis’s Miles Davis and Horns was partially recorded at Apex in 1951.

Schmitt recalls the very first session he ever worked:

“The first session I ever did was for Mercer Records, with the Duke Ellington Orchestra…It was an accident, it wasn’t even supposed to be on the schedule, but I was the only one in the studio. I was so intimidated; I was not prepared for that.

Duke Ellington sat next to me, he looked into my eyes, and he just knew I was ready to die. And so he patted my knee, smiled at me, and said, ‘Don’t worry son, we’re gonna get through this.'” (citation)

By the late 1950s, Schmitt made the move to Los Angeles where he began working at Radio Recorders in Hollywood. Radio Recorders owes its name to the popular radio shows it recorded throughout the ’40s and ’50s. Over the years, countless musicians are reported to have entered the facility, including Billie Holiday, Jimi Hendrix, Elvis Presley, and Frank Zappa, amongst others. In its prime, Radio Recorders was considered one of the best studios in Los Angeles.

Schmitt eventually moved to RCA in the early ’60s where he became a staff engineer. It was there where he engineered albums for Henry Mancini, Cal Tjader, Al Hirt, Rosemary Clooney, Liverpool Five, The Astronauts, and Sam Cooke. As RCA’s very first house engineer, Schmitt recalls sessions with Sam Cooke, Ike and Tina Turner, and Henry Mancini, all in the same day.

Henry Mancini was a conductor, composer, and arranger, best known for his film and television scores. He’s considered one of the greatest film composers of all time, having won 4 Academy Awards and 20 Grammys. 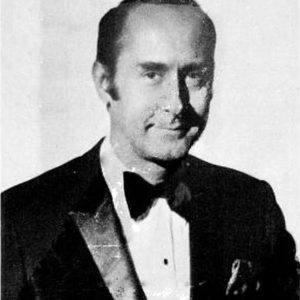 At RCA Hollywood, Schmitt engineered Mancini’s soundtrack for the 1962 John Wayne film, Hatari!. The album would earn him his first Grammy for Best Engineering Contribution.

By 1966, Schmitt had left RCA to become an independent producer. After making this move, he would go on to produce albums for Jefferson Airplane, Eddie Fisher, Glenn Yarborough, Jackson Browne, and Neil Young.

Schmitt worked closely with Jefferson Airplane between 1967 and 1969, producing each of their four releases during the period: After Bathing at Baxter’s, Crown of Creation, Bless Its Pointed Little Head, and Volunteers. In certain interviews, Schmitt has noted the band’s desire to change producers after the release of Surrealistic Pillow in 1966. Despite the “White Rabbit” album’s popularity, Schmitt recalls the band’s unhappiness with the overall production of the record, claiming there was too much echo.

Each of the four albums Schmitt produced with Jefferson Airplane charted on Billboard, with Crown of Creation and Volunteers each receiving gold certifications.

Schmitt partially produced Young’s fifth studio album, On the Beach, in 1974. Though not a commercial success at the time of its release, the album has since become a favorite amongst fans and critics. The album was recorded after but released before 1975’s Tonight’s the Night, and shares some of its bleakness and intentionally crude production.

As a follow-up to the critically acclaimed Harvest, On the Beach‘s overall aesthetic came as a bit of surprise to listeners. Despite all of this, the album has been listed as one of the top 100 albums of the ’70s by Pitchfork and has received gold certification.

Schmitt served as producer on Jackson Browne’s 1974 release, Late for the Sky. It peaked at #14 on the Billboard Pop Albums chart and was nominated for a Grammy in 1975. It went gold within months of its release and was certified platinum by 1989. 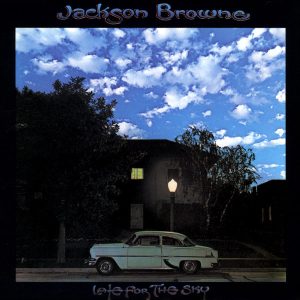 Schmitt had also engineered and mixed on Browne’s For Everyman the year before, leading to his being chosen to co-produce Late for the Sky. The album was completed in just 6 months and at half the cost of 1973’s For Everyman. In 1976, Martin Scorsese chose the title track for use in the film Taxi Driver.

Rededicating Himself to Engineering & Capitol Records

After roughly a decade of working as an independent producer on pivotal albums in music history, Schmitt rededicated himself to engineering by the mid-’70s, making his second home at Capitol Records in 1976. He was also featured in an ad for AMS Neve’s 88R console, currently housed in Capitol Records Studio A.

Since then, his most significant collaborators have been Diana Krall (with whom he’s won three of his 23 Grammy Awards), Paul McCartney, Madonna, and Natalie Cole.

Schmitt was a contributing engineer on Steely Dan’s 1977 release, Aja. The record peaked at #3 on the US charts and became the band’s best-selling album, initially going platinum. It has since gone 5x platinum, won a Grammy for Best Engineered Recording, and been inducted into the Grammy Hall of Fame. It’s also frequently cited as one of the best albums for audiophiles due to its extremely high production quality.

Aja‘s success was quickly followed by hit single, “FM (Not Static at All),” in 1978. With Schmitt serving as producer, the track was recorded at Capitol Records during the Aja sessions and saved for its release a year later. Once again, the single went on to win a Grammy for Best Engineered Recording.

“When we started that album, the first track we did was ‘Rosanna’ — and it was the second take, with the improv creative piano solo on the way out — and I think the second track we did was ‘Africa'”…I had a friend who said to me, ‘Next time you’re going to be up for a Grammy, let me know. I want to go to the Grammys. Right after we cut that second track, I called my friend and said, ‘Start getting your tickets.’ It was just magic.”

In 2014, Schmitt, in his mid 80s, worked with Bob Dylan for the first time, engineering 2015’s Shadows in the Night. The album was recorded at Capitol Records Studio B, which was frequented by Frank Sinatra.

According to Schmitt, Shadows was recorded live with Dylan singing accompanied by his 5-piece touring band. The songs were performed in the same room without headphones. Dylan also stressed the importance of not seeing any other microphones aside from the one he was singing into, to cultivate a “living room” type vibe.

Schmitt had to be strategic with mic placement, placing them up to several feet away from the instruments. The acoustic bass mic, for example, was placed 8 feet from the bassist tucked away on the floor; the same was done for acoustic guitar.

“He would listen to the songs over and over and get Sinatra’s intention on what he was doing with the song. Then he would only do two or three takes on each tune, but he would make it his own. It had nothing to do with Sinatra. He’d just learn what the song was about and whatever. It was an interesting way to work.”

Having been brought up in the days of single-track mono recording, Schmitt has learned that skilled mic selection and placement is key. He’s somewhat notoriously “anti-EQ,” which is an approach he learned early on from mentor Tom Dowd, who taught him how to use microphones as equalizers. If something doesn’t sound right, try moving the mic around. If the sound is too dark, use a brighter mic. Schmitt records and mixes with no EQ. It’s almost impossible to imagine what that must be like according to today’s standards!

When recording big bands and ensembles, Schmitt isn’t concerned with microphone bleed, either. He understands that leakage can actually make things sound much bigger than they are. The only time to worry about leakage is if you’re using bad mics, because bad microphones means bad leakage. If you’re using great mics, then the leakage will be, too! Schmitt comes from the days when there weren’t headphones, so performers had to hear themselves and each other in the room together. He set’s musicians up as close together as possible and lets the leakage contribute to his sound.

His favorite microphone is a Neumann U-67, which he believes works well on everything. Whether it’s vocals, acoustic bass, electric guitar, or saxophone, Schmitt manages to achieve incredible results with a classic 67.

Schmitt released his autobiography, The Magic Behind the Music, in November 2018. The book features a foreword by Paul McCartney, and is part industry stories and part recording handbook.

Al Schmitt is widely recognized as the most successful engineer of all time, with countless Grammy Awards, gold and platinum certifications, and acknowledgements. He is one of the most respected engineers ever, and his contributions to the music industry are simply unparalleled.