A long-running trend in music production software has been the ability to download stripped-down versions for free to test the waters of home recording. The great part about many of these isn’t just the price, but the fact that you can actually accomplish quite a bit with a minimal set-up. The best free DAWs in 2019 can be found below, some of which are fully featured—not just trials! 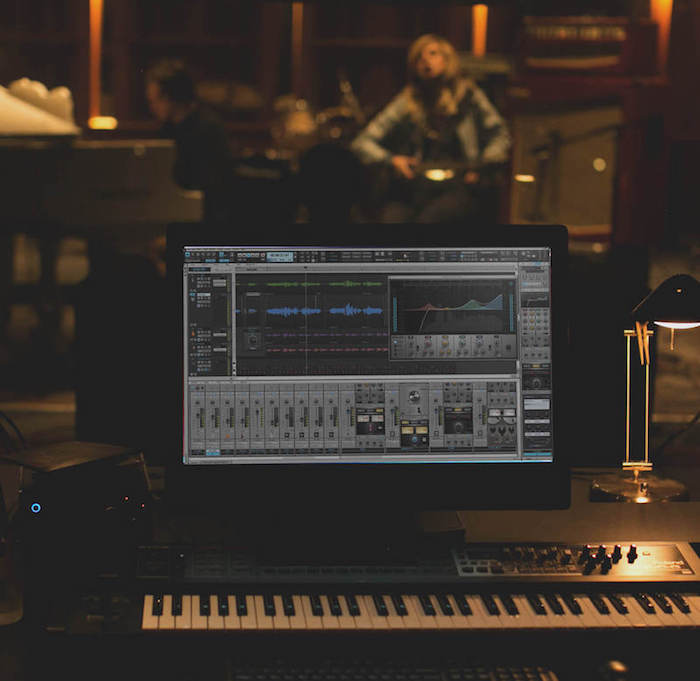 In early April last year, BandLab announced that it would be relaunching Cakewalk’s famous SONAR Platinum DAW as a free download.

The software is currently available for Windows users at no cost, making it one of the best DAWs and a $600 value. Despite it’s restrictive operating system requirements, you simply won’t find a premium DAW like this elsewhere. Without a doubt, it’s some of the best free audio editing software around.

A lighter, and best yet, free version of Pro Tools, First is ideal for anyone who is new to Pro Tools or audio recording. Pro Tools First supports playback for up to 16 audio tracks and allows recording of up to 4 tracks simultaneously.

As far as free DAWs go, PT First also includes 20 plugins/effects and the powerful virtual instrument, Xpand!2. Most importantly, you’ll have everything you need to track, edit, and mix using Avid’s industry-leading technology.

If you don’t need extensive features, Pro Tools First is some of the best free audio editing software in a “lite” package.

Steinberg’s powerful Cubase Pro software is currently in version 9.5 with a price tag of over $500. That’s certainly not chump change, but luckily, much like Pro Tools First, LE is a free “lite” version of Cubase Pro.

Cubase LE supports up to 24 MIDI tracks, 16 audio tracks, and 8 physical inputs with recording quality up to 24-bit/192 kHz. The free software also comes with the HALion Sonic SE 2 virtual instrument featuring 180 presets, so you can dive headfirst into producing music. Another 18 basic plugins, like EQ, compression, and delay, ensure you’ll have everything you need out the gate.

As of May 2018, Studio One made the leap from version 3 to 4. PreSonus’s professional software has been a widely-used DAW for many years, and Studio One 4 comes with some major upgrades to improve workflow and efficiency. Of course, none of this is without a hefty fee.

Though it hasn’t yet been released, PreSonus is developing a free version of Studio One 4 called Prime. You can expect it to behave similarly to Cubase LE or Pro Tools First as a toned down, but highly functional, silhouette of its big brother.

If you can’t wait for the full free release, PreSonus also offers the Studio One Professional Demo for 30 days at no cost. Keep your eyes peeled for Prime’s availability in the coming weeks. 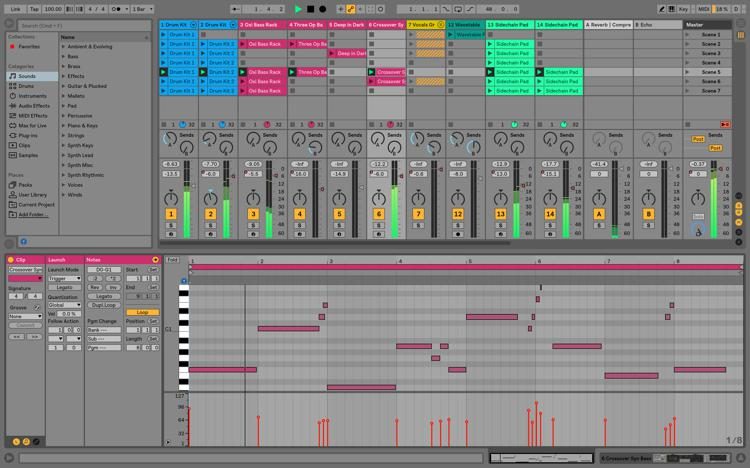 Ableton Live 10 is one of the most popular DAWs for MIDI sequencing, sampling, and electronic music production, though it’s fully capable of audio recording and editing as well. In Live 10 Lite, you can see what the Ableton workflow is all about at no charge.

As we’ve seen with previous “lite” softwares, this DAW contains select virtual instruments and effects so you can get the job done on a budget. Live 10 Lite is packed with an EQ, compressor, delay, reverb, and analogue filter emulator amongst other plugins. It’s also packaged with three Ableton virtual instruments: Drum Rack, Impulse (a drum sampler), and Simpler (a powerful sampling instrument).

Stagelight is a cross-platform app for music production. It’s accessibility is unrivaled, with versions available on Android, iOS, Windows, Mac, and Chromebook. That means that whether you’re on mobile, Mac/PC, or both, you can take your favorite DAW with you.

Stagelight especially appeals to hip hop and EDM producers with its included drum sequencer and samples. Price ranges from free to $149 for the most complete version, so it isn’t cost prohibitive either!

Definitely some of the best free audio editing software, especially with production in mind.

Right off the bat, if you own an Apple computer or mobile device, you also own Garageband. For $0, it’s a surprisingly capable DAW (that is, if you already own an Apple computer!). A stripped-down version of the professional DAW Logic Pro X ($199), Garageband is the perfect place to tinker with tracking, MIDI, and mixing before taking the plunge with weightier software. Its intuitive design makes it easy for beginners to jump in and test the waters.

If you’re noticing a theme here, the best free audio editing software doesn’t have to cost a thing! 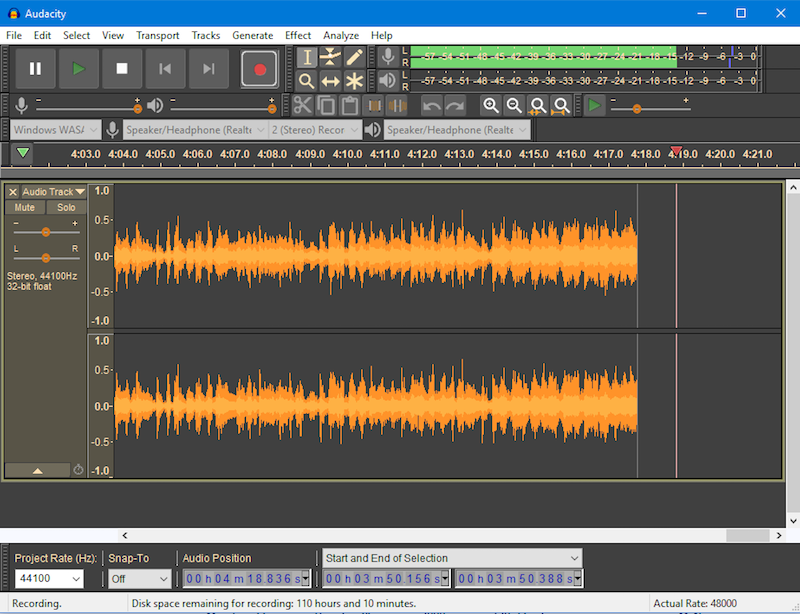 One of the most popular open source programs for many years running has been Audacity. Currently on version 2.3.0 as of March 2019, Audacity is compatible with Windows, OS X, and Linux operating systems, ensuring access for all users. If multitrack recording and editing seems like it’s for you, try it out with Audacity before dropping the dough on expensive software.

If you’re just dabbling, the best free audio editing software is totally free. You can get a whole lot done with little to no cash investment!