A public address (PA) system is a must for any sort of performance. It amplifies and projects your sound so you can be heard over a crowd and throughout a venue. For many years, PA systems have been multiple component arrangements including a mixer which consolidates your signals and sends them to the speakers. They’ve always been necessary and useful but haven’t always been the most convenient to set up and tear down night after night. Luckily today, the best portable PA systems for live music offer an all-in-one solution to mixing and amplification for public performance.

How to Choose a Portable PA System

One of the first factors to consider is power. This ultimately means how much volume and coverage your system puts out. Needs vary based on the size of the venue, how many people are in the crowd, and even whether the space is indoors or outdoors. Check the wattage of the PA you’re looking at and also verify the details with the manufacturer; oftentimes they’ll provide an estimate for how big of a gig their system is good for.

It’s true that one of the key specs for many portable PA systems is the fact that it’s battery-powered. With that, you can quite literally set up sound anywhere which is a major plus for some. Running on internal batteries is fine for the occasional gig here and there, though it might not be the most convenient for consistent gigging or touring. Having to recharge after every show might prove itself a hassle, and generally regular power is more reliable in the long run.

Finally, we have budget. Budget is always going to factor in to any new equipment purchase, and it will most likely narrow your initial choices right away. Only you can determine what you’re willing to spend on a portable PA, so we’ve included options at different price points to hopefully demonstrate there’s something for everyone.

We alluded to the fact that the majority of portable PAs make are super simple to use, and the Yamaha StagePas 1K exemplifies that. This is a powerful, 1000-watt system including a 12″ subwoofer and a line array with 10 1.5″ speakers. It has a five-channel mixer with built-in effects like reverb, and it even has Bluetooth connectivity so you can send audio straight from a phone, tablet, or laptop. 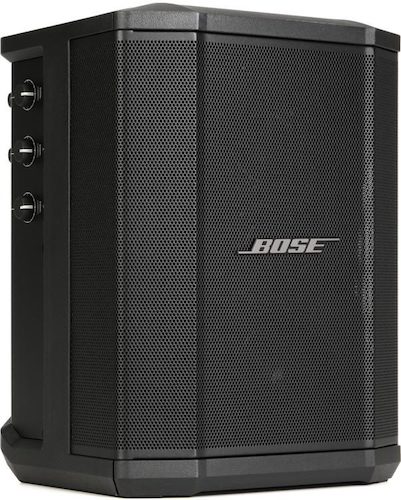 The Bose S1 Pro is perfect for public address or small, singer-songwriter type musical acts. The whole thing weighs just 15 pounds is absolutely dead simple to set up — it goes so far as to have Auto EQ to help mitigate resonances in a room. The S1 Pro runs on battery power and has two channels with independent EQ and one auxiliary channel for 1/8″ devices or Bluetooth connectivity for playback.

Electro-Voice’s Evolve 50 provides premium power, sound quality, and coverage in a minimalist package. The 12″ subwoofer goes way down low, while eight 3.5″ drivers in a column project high-quality audio to everyone in the room. It has a three-channel mixer for microphones, instruments, and other sources; onboard DSP helps you dial in the right sound profile without a hitch. 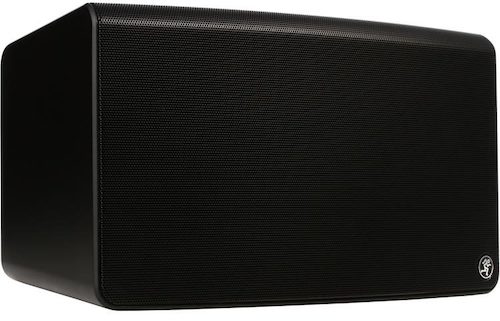 It doesn’t get much more lightweight than Mackie’s 8.8-pound FreePlay LIVE. This little portable PA system has two inputs and a third auxiliary channel, a 6″ driver, and two tweeters. It runs on a rechargeable internal battery and is perfect for soloists who need sound reinforcement on the go.

For years, Peavey has produced high-quality stuff at reasonable prices. The P1 BT is another example of that — a robust and rugged three-channel portable PA pumping out sound from a pair of 6.5″ drivers and a 1″ compression driver. The first two channels accept XLR or line-level inputs, while the third is a dedicated auxiliary channel for 1/8″, RCA, or Bluetooth line inputs. 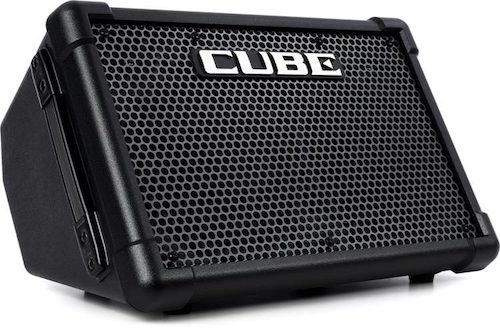 The Roland Cube is one of the most popular practice amps for guitarists, and now it’s “combofied” into a practice amp and portable PA system. It’s ideal for amplifying guitar and vocals, and the sound is quite impressive thanks to two 8″ drivers as well as two 2″ speakers. The Cube Street has two mic/instruments inputs and stereo line inputs for flexible connections, and it even has a built-in tuner and COSM amp modeling. 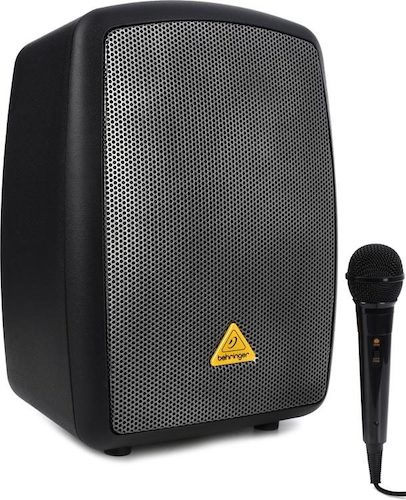 It won’t get much more affordable than the Behringer MPA40BT. This easy four-channel portable PA packs 40 watts through an 8″ speaker for smaller gigs. You can run it on standard AC or battery power for added flexibility, and it also comes with its own 1/4″ microphone — zero audio background required to run the Behringer portable PA. 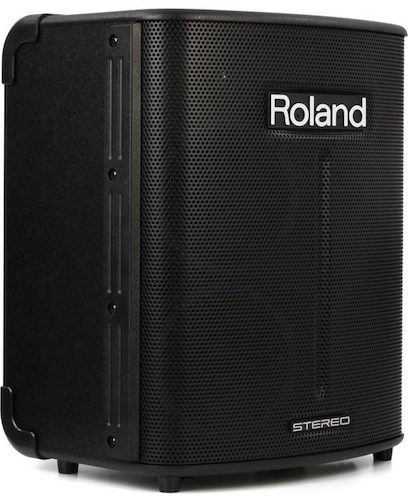 While the Cube PA is a novel device for guitarists, the BA-300 is a more all-around portable system. It has six inputs across four channels: two mic/instrument inputs and two stereo line inputs. Sound projects through four 6.5″ speakers and two tweeters for wide, powerful dispersion intended for groups of up to 100 people. It runs on standard AC power or eight AA batteries. 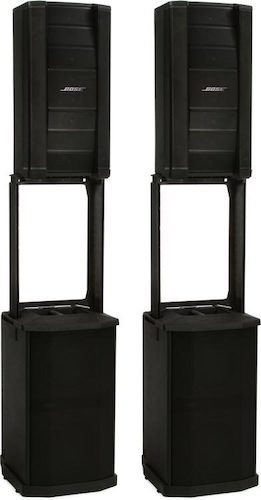 For a complete professional solution, you can’t go wrong with a pair of Bose F1 Model 812s. As a pair, these things pack a whopping 4000 watts of power through two subwoofers and two line arrays. Despite being so powerful, the 812s are deceptively compact and portable. Taking the show on the road never sounded so good.