A tape delay pedal emulates the sound of a widely used analog effect that is much more easily accomplished with digital technology. Tape delay has some unique and desirable characteristics to readily transform your sound.

What Is Tape Delay?

Tape delay originally used tape machines to achieve a delay effect. Engineers would route audio from one machine to another, and signal would arrive at the second machine later than the first. What was initially an innovative technique, tape delay had its drawbacks. Using tape meant that the quality of the signal would degrade, so much so that each repeat of a delay effect would sound worse than the one before it. This led to people designing dedicated analog delay machines, and of course, today we use all manner of digital emulations to recreate the classic effect.

What Kind of Sound Does a Tape Delay Pedal Produce?

An ultra-clean digital delay is cool, but tape delay has its own thing going on. It’s almost a multi-effect pedal, because tape delay can introduce saturation, chorusing, and a lo-fi sound. Depending on how you set it, you can get a vintage slapback echo, super saturated repeats, warbly chorus, and a whole lot more. Tape delay pedals are a lot of fun to experiment with, and generally offer more than a standard digital delay. 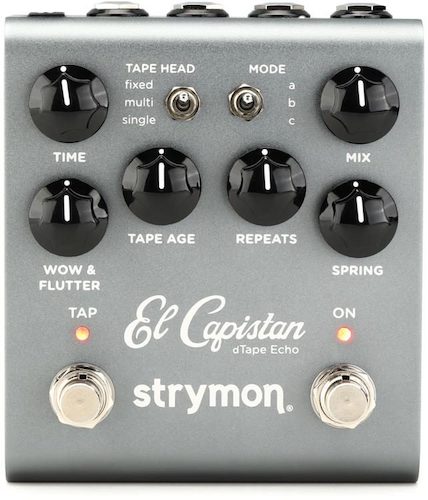 Strymon pedals are top-tier devices. The El Capistan includes emulations of three classic tape machines, each operable in one of three different modes. You can control the amount of Wow & Flutter and even the Tape Age to introduce some lo-fi degradation to the signal. A major part of classic tape delay is its quirkiness and unpredictability, which this pedal does an applaudable job of replicating. 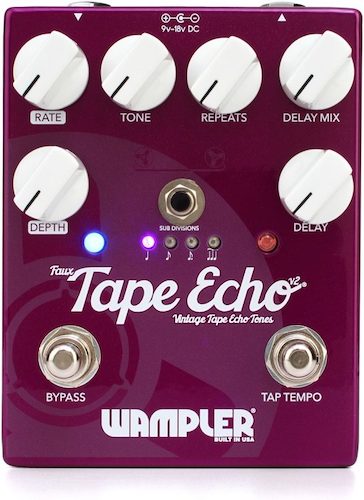 Digital delay can be sterile and uninspiring, which is why Wampler designed an authentic tape delay emulator complete with all the grittiness and character of an old-school effect. Tap tempo helps you lock in to the beat, and four additional subdivisions open  up creative potential. This hybrid digital/analog tape delay pedal offers everything in the way of vintage tape mojo. 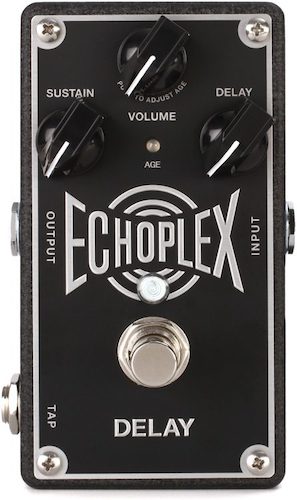 The Dunlop EP103 emulates the iconic late ’60s guitar sound produced by the Echoplex EP-3 tape delay unit. Delay times range from 4ms to 750ms for a variety of sounds, including gentle chorusing, slapback, and longer echoes. The age control allows you to set the tape quality from sounding bright and clean to dark and heavily saturated. This simple pedal is the perfect introduction to tape delay. 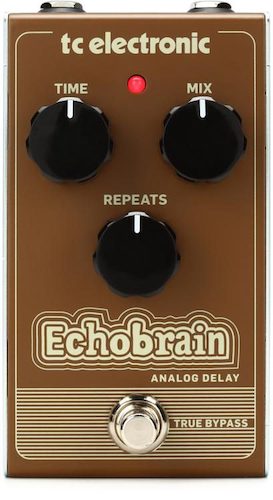 This is a bucket brigade-style delay, which didn’t actually use tape, but rather a series of capacitors to delay the incoming signal. It was more or less developed as a simpler means to tape delay, so it still has that vintage sound many people are seeking. The delay time ranges from 40ms to 300ms, and the Repeats knob can actually go into self-oscillation for extreme walls of sound. 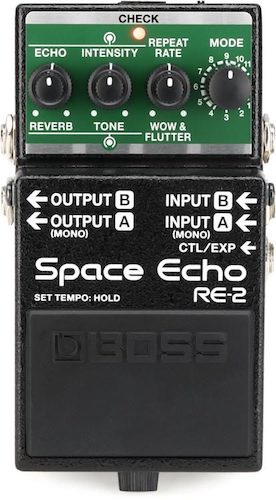 Boss’s RE-2 Space Echo is a combination of tape delay and spring reverb effects in one pedal. This versatile pedal features multi-head tape echoes with expanded delay times over the original Roland RE-201 Space Echo unit. Set it to one of 11 different modes for vast tonal palette authentic to the original unit but with some warranted modern improvements. 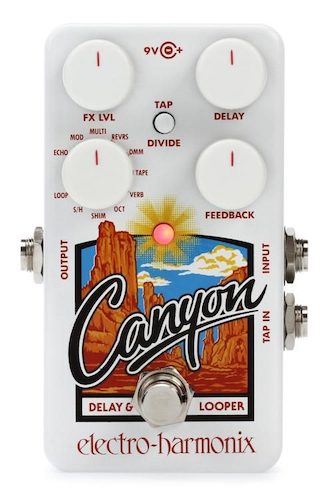 The Canyon by Electro-Harmonix is a delay pedal and looper with reverb. In it you’ll find 10 delay modes, including tape, Memory Man-style delay, and more. With 62 seconds of loop length, you can create some wild ambient effects, or use it moderately as a standard delay pedal. It’s versatile enough to expand any pedalboard with a variety of useable sounds. 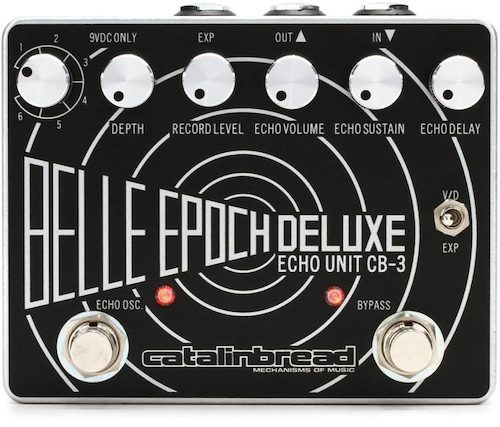 Here we have Catalinbread’s take on the legendary Echoplex EP-3 tape delay unit. This pedal includes every functional component of the original machine minus the tape itself, like the six Echo Program modes, Depth, Record Level (simulating the input level hitting the tape), and Echo Volume. For an authentic replica of a timeless classic, you can’t go wrong with the Belle Epoch Deluxe.

Tips for Dialing In Your Tape Delay Pedal

The real key to dialing in a tape delay pedal is to take advantage of what sets it apart from a clean digital delay. If the pedal has a tape age function or some sort of saturation module, experiment with how much or how little you want that to muck up your clean tone. Likewise, see what sort of vintage slapback echoes you can get with short delay times, as well as the subtle chorusing effect many tape delays provide. Most of these pedals have an intuitive set of parameters that encourages experimentation. Just dive in and get your hands dirty!