Carl has had the opportunity to share his acoustic approach in lectures and on panels in such places as Berklee College of Music, SAE, the Art Institutes, Mix Nashville, and AES events. At Carl Tatz Design, his work focuses on designing commercial, educational, and personal recording studio/screening rooms for professional engineers, producers, and artists across the country.

He is also noted as the developer of the PhantomFocus System for monitor tuning and optimization. The hardware system includes includes dual subwoofer modules, a PhantomFocus Processor, monitor stands, and even a custom chair—all tailored for an outstanding monitoring experience!

Carl Tatz has worked in many facets of the entertainment business over the years. He has been a successful musician, composer, recording engineer, and producer. Outside of music, he was even the maitre d’ of Julian’s, a legendary four-star restaurant in Nashville!

He also previously owned Recording Arts, a top-of-the-line studio in Nashville. The facility would go on to be named one of the “Great Studios of the World” by MIX Magazine in 1995, due in part to its many gold and platinum certifications. In 2003, Sheryl Crow purchased the studio and kept it for only a year or so, at which point Carl considered himself to be out of the recording business.

Recording Arts is one of the world’s premier studios and a highly recognizable facility in the industry. It has been a front-page feature in both MIX Magazine and ProSound News, and has also been selected by equipment manufacturers like Lexicon and Kurzwell to showcase gear in full-page color ads for Electronic Musician, Post, Keyboard, MIX, and ProSound News.

Over the course of its history, Recording Arts maintained a private, comfortable atmosphere. Rather than worry about expansion after the studio’s initial success, Carl instead focused on retaining the facility’s “vibe” and intimate atmosphere while he retained ownership. Part of this focus meant keeping an eye on high-quality service and technical excellence above anything else. Of course, the studio’s accolades speak for themselves.

At the heart of the studio was an SSL G Plus console, widely considered to be one of the finest boards ever produced.

Carl got his first taste of film as a child while his father operated a drive-in theater in Rhode Island. At the time, the drive-in was equipped with advanced 70-mm Todd-A-O projectors, which were unheard of for a drive-in! He watched dozens of classics on what was colloquially referred to as “The largest screen in the East.”

It wasn’t until nearly two decades into his career as a recording professional, learning from some of the top acousticians in the country, that Carl began designing monitor systems and studios. Eventually, he also started to design private screening rooms, inspired by the drive-in theater of his childhood.

Today, Carl frequently travels to clients, understanding that their vision is the most important thing to execute on a design project.

According to him, “You cannot create something as intimate as a home screening room without understanding how it fits in with the client’s lifestyle. A home screening room is an emotional choice because it brings the world into the home—I want to know how the client sees the world. My ultimate goal is to help them see it better.”

Likewise, Carl affirms that “A properly designed studio and especially a monitor system will have the most profound impact imaginable on those who use it so it becomes my quest to help them realize that this is going to be better than they think possible.” 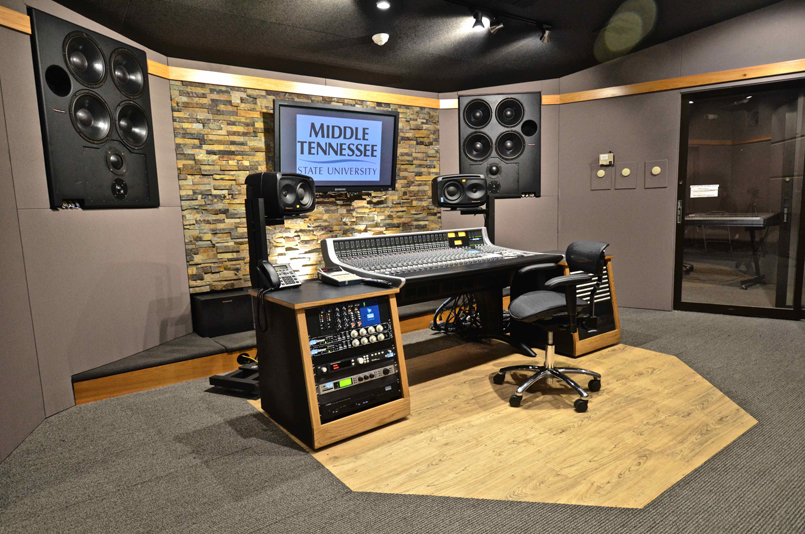 This project marked the ninth PhantomFocus System installed on the Middle Tennessee State University (MTSU) campus. CTD was able to transform what was a thirty year-old design by using elements from its TEC Award-winning PhantomFocus MixRoom designs, into the best sounding room on campus! 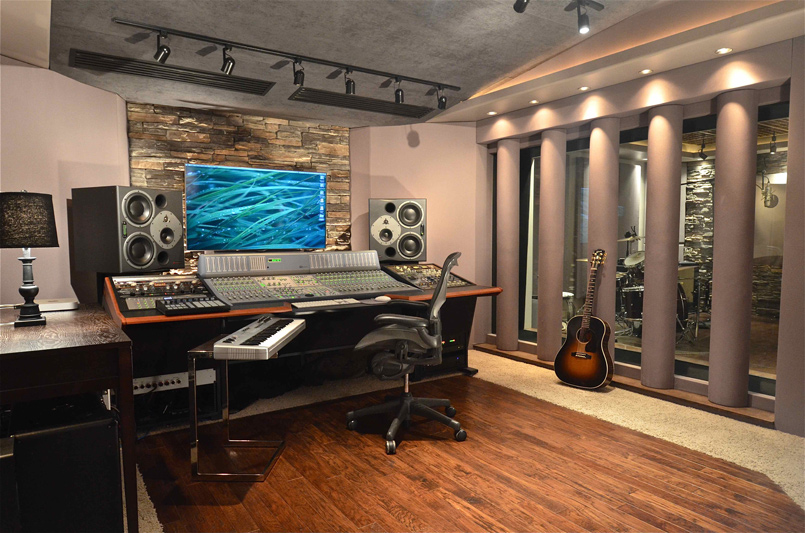 For more information about Carl and his design company, please visit him here or at Carl Tatz Design. The latter website also includes handy resources for achieving the best acoustic set-up, like these: 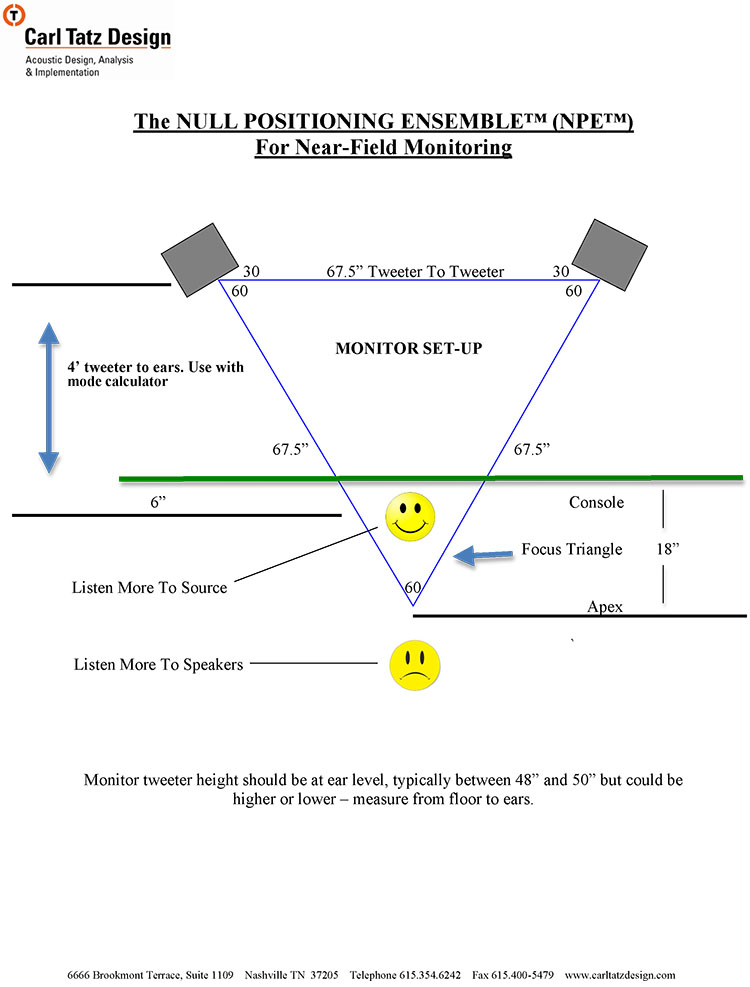 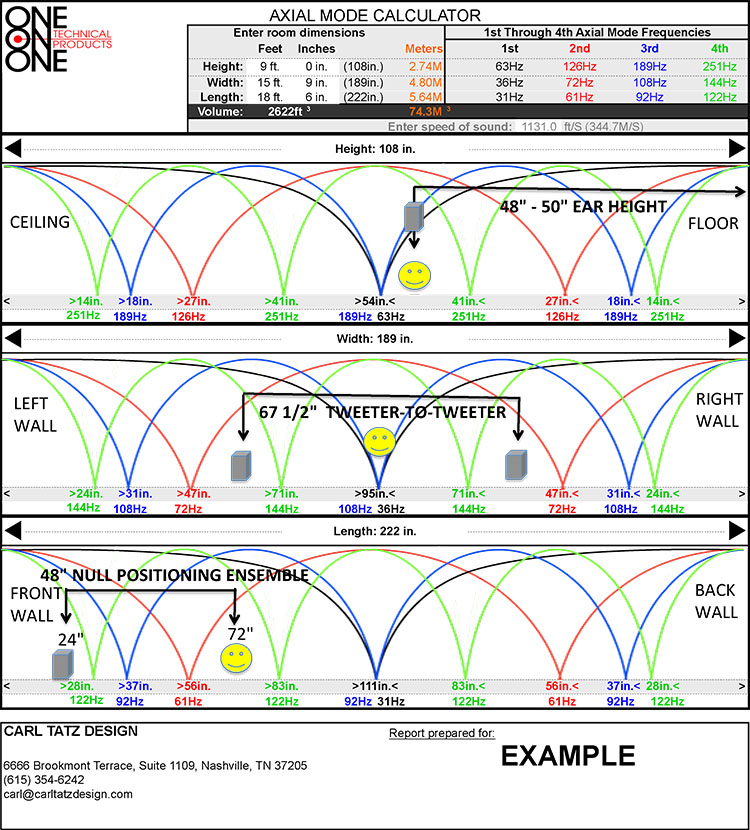