What are studio headphones?

Studio headphones are an integral part of any music production set-up. For certain engineers working in home studios or on-the-go, they’re the primary monitoring source. For others, studio headphones are a primary reference for checking a mix before calling it finished.

Above all, studio ‘phones are designed for accuracy and critical listening, while consumer cans are made for pure enjoyment with flattering EQ curves built in. Most studio headphones fall into one of two main categories:

Open-backs feature vented ear cups that allow air to flow freely in and around the driver and your ears. They’re best for mixing, mastering, and critical listening because they reproduce the sound stage very naturally and accurately. Open-back headphones are also comfortable enough for long sessions with minimal fatigue. As far as headphones go, open-back are the closest thing to mixing on studio monitors.

The airflow means you won’t get any frequency buildups inside the headphones, but you don’t get as much isolation in noisy environments either. You’ll also find yourself monitoring on open-backs louder than you would with closed-back headphones, and that sound will leak into your surroundings if that’s a concern.

Given the choice, most engineers won’t use headphones as their only monitoring source—even if they are open-back. That’s because of three main reasons, which open headphones try to minimize: colored frequency response; unnatural stereo field; and lack of crossfeed.

For one, headphones tend to have a super hyped low-end response because of the way frequencies leave the drivers and build up inside of the ear cups. Flatness and accuracy is the initiative when mixing, so you see how this could become a problem unless you know your headphones well and compensate.

Secondly, the stereo field is considerably wider on headphones because each speaker is literally piped into either side of your head. Establishing a nice stereo image can be tough, because center-panned elements sound like they’re in between our ears on headphones, instead of out in front of us on speakers. Small left and right adjustments will be very noticeable on headphones, but less so on speakers. If you get really accustomed to creating the stereo image on headphones without checking monitors, you might notice what you thought were drastic pan moves are actually more subtle than that.

On headphones, there’s no crossfeed happening. We only ear the left and right sides individually, which sometimes confuses our brain into thinking that certain sonic information is missing from the context, so the bigger picture doesn’t sound full.

Closed-backs are the closest thing you’ll get to noise canceling headphones for music production. They isolate you from the outside environment, so they’re the first choice of headphones for tracking since they won’t bleed into the microphone. They’re also great for monitoring at lower levels because you can hear all the details in the music without outside noise interfering, and without disturbing those around you.

However, closed-back headphones are less accurate for critical listening and mixing/mastering due to low-end frequency buildup inside the cans. They’re also more colored and less natural sounding than open-backs. Still, they’re the go-to for tracking, as well as music production when privacy/discretion is desired.

As the name suggests, these strike a balance between open- and closed-back headphones. They allow just enough airflow to prevent low-end build-up, while retaining some of the isolation and focus of closed headphones. You get a little bit of everything, though not to the same degree as you would with a purely open or purely closed pair.

If finding that perfect set has you feeling overwhelmed, these are 8 of the highest-rated headphones for music production in 2023. As always, feel free to share your favorite in the comments if you don’t see them listed here! 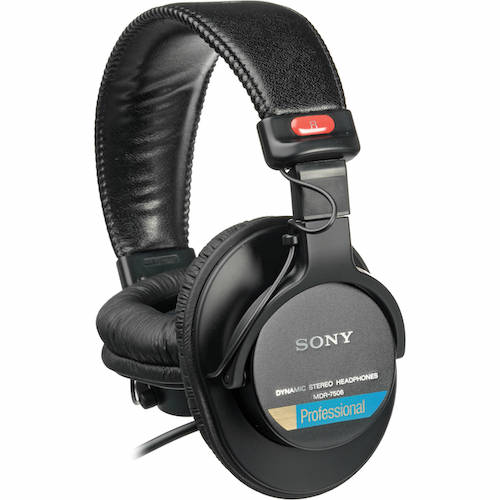 Sony’s MDR-7506 headphones have been around forever, and they don’t seem to be going anywhere anytime soon. You’ll frequently see them in broadcast studios where isolation is a primary concern; could you imagine headphone bleed on a podcast or radio show?

Even though they’re closed-back, most users find the Sonys to be accurate enough for critical listening, so they’re a great choice for all-around tracking, music production, mixing, and mastering headphones. On a good day you’ll find them for less than $99, so they’re also one of the best budget headphones for music production. 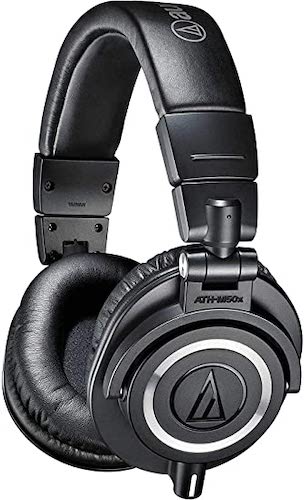 A-T’s M series headphones are an excellent choice for the discerning user. The ATH-M50X are comfortable and sturdy, with large drivers for extended frequency response, accuracy, and isolation. These headphones are perfect for tracking, DJ-ing, mixing, or even just casual listening. 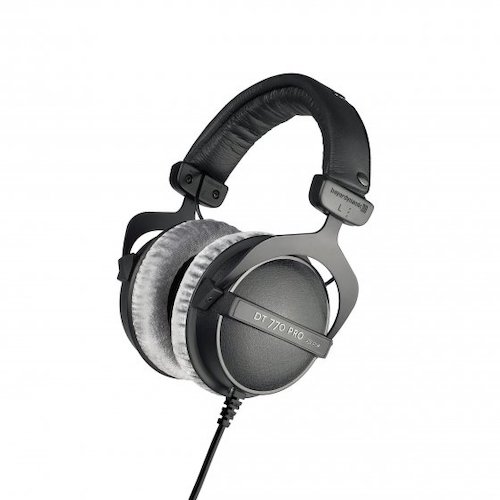 The DT 770 Pros are a perfect compromise between luxury features and affordability. At $159, they feature a mega-wide frequency response from 5 Hz – 35,000 Hz–so they’re perfect for your dog, too. They also include super cushy ear pads for maximum comfort during long monitoring periods, which are easily replaced if worn out.

Detail, transparency, and comfort have set the benchmark for many years running. Again, another fantastic, affordable option to consider when shopping for the best headphones for music production. 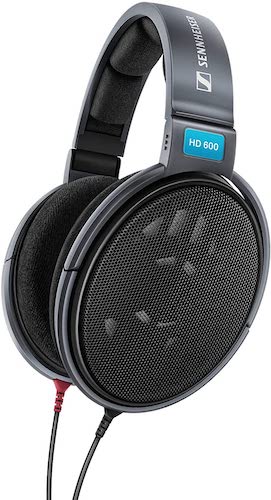 Since 1997, Sennheiser’s award-winning HD 600 headphones have been among the best of the best for mixing with incredible detail, accuracy, and clarity.

The successor to the 600s—the 650s—were released in 2003, though to somewhat less fanfare and acclaim than the 600s. That’s why we’ve chosen to include the original version here, as they have a long-standing legacy as one of the top headphones for music production ever made.

(The 650s are still an incredible premium headphone, just subtly different than the 600s. For instance, many users have stated a preference for mixing on 600s, and casually listening on 650s.) 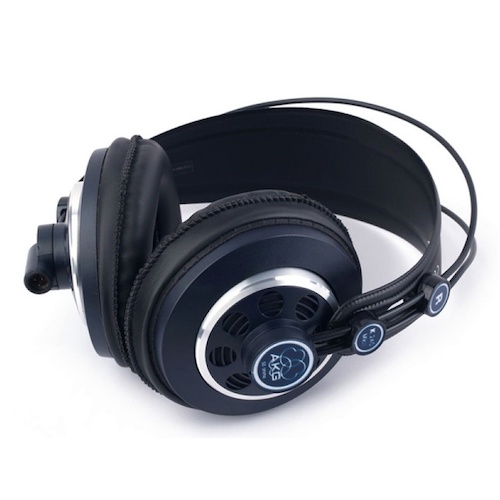 The original K240s, predecessor to the MKIIs, are one of the most popular studio headphones of all time. That’s in large part due to their semi-open design, which strives to incorporate the ‘best of both worlds’ in a pair of headphones for music production.

Semi-open means you get some of the airiness and natural sound reproduction for accurate mixing, with some of the isolation you’d want for tracking.

These are great pair of headphones on either side of the glass. They’re especially good for vocalists who sometimes need to take an ear out to get their pitch right; they’ll be able to hear a bit of themselves in the room without the extreme isolation of closed-back headphones. 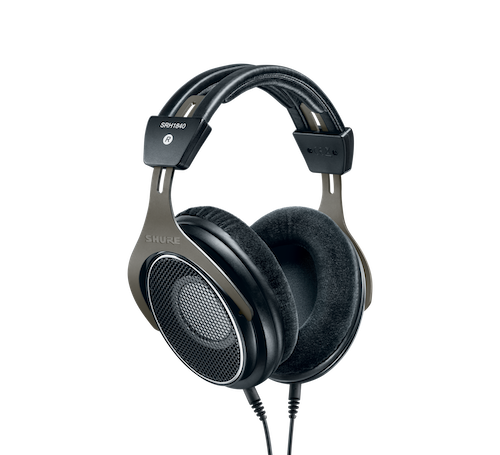 The SRH1840s tout one of the most ‘speaker-like’ experiences you can get on headphones. This helps you avoid some of the biggest disadvantages of monitoring on headphones: mixes that don’t translate well when played back on speaker systems, either due to weird frequency responses or a misrepresented stereo field.

The spacious soundstage these provide, along with a detailed frequency response, make them one of the top pairs of critical listening headphones for music production. 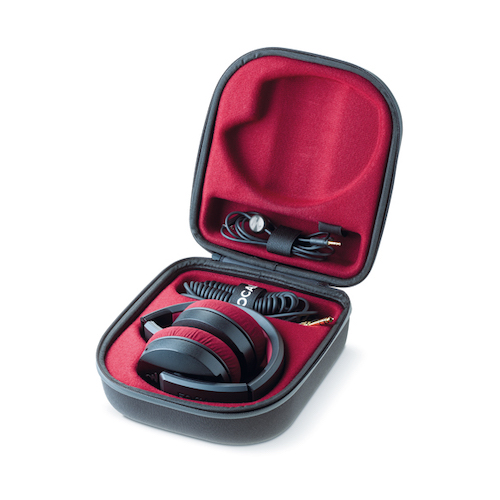 The Focal Listen Professionals are the successor to the popular Spirit headphones. Interestingly, the Listens combine professional reference quality with consumer features, making them a unique choice for someone who uses them for music production as well as regular daily use.

Universal smartphone compatibility, including a remote and microphone, means you can take calls in between checking mixes on your device. The design, while closed, also offers a similar experience to a semi-open headphone. 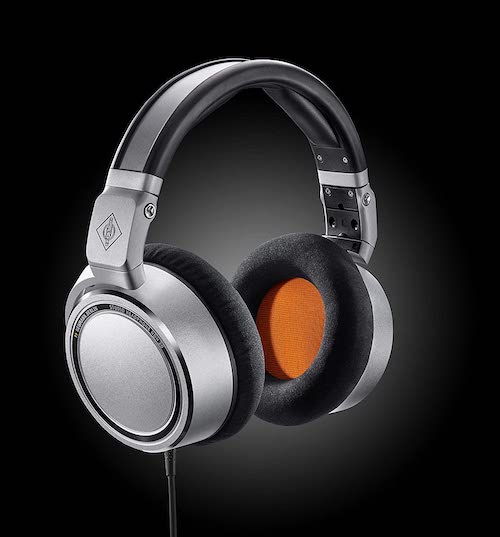 The NDH20 headphones for music production strive to overcome the mechanical disadvantages of the average closed-back design. These deliver standard isolation with the linear frequency response, accurate stereo imaging, and audiophile resolution you’d get from a Neumann loudspeaker.

These are perfect for any critical monitoring situation, even in a noisy and distracting environment.

With an abundance of choice out there, choosing the perfect headphones for your studio isn’t easy. We hope this list takes some of the guesswork out of it, highlighting some of the best open- and closed-back studio headphones available.