How to Record Bass Guitar at Home

Believe it or not, bass is one of the easier instruments to record at home. There are at least several different approaches, most of which are light on fancy equipment and low on volume levels. Win-win! If you want to explore the different techniques for how to record bass guitar, check out the following tips.

1. Direct into an audio interface

When we said recording bass can be simple, we weren’t making it up! By far the easiest solution to at-home bass tracking is to plug straight into your audio interface. Pretty much every interface these days has either a dedicated Hi-Z input for recording line-level instruments directly like bass or electric guitar, or combo XLR/TRS/TS jacks that accept an instrument cable.

Depending on the quality of the mic preamps in your interface, you may or may not be able to drive the signal loud enough with minimal noise. That’s the one downside to recording this way; it can be noisy, especially if the mic preamp isn’t that great and adds extra noise to the signal. There might also be hum from your bass’s pickups that ruins the quality of the recording. 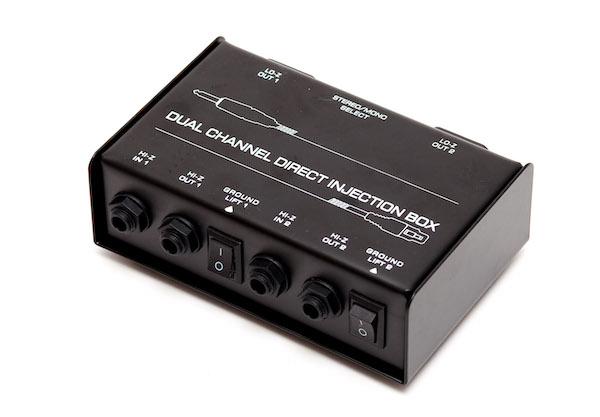 One workaround is to run your bass into a dedicated DI box, and out of the DI box into your interface. A DI will convert the high-impedance (Hi-Z) signal from your bass guitar into a low impedance balanced signal for recording at the interface stage. This means noise-free bass recording!

Once you have a direct signal recorded, you’ll probably notice how dry and uninspiring it is. One easy way to spice up dry bass guitar tones is to use amp simulation plugins and other effects in-the-box to get the tone you want. Going direct and using plugins later is by far the easiest way to record bass guitar!

2. Record direct through a preamp pedal

This is almost like a hybrid version of recording straight into the interface dry, then using plugins to make a tone later. A hardware preamp pedal is a way to shape your tone on the way in; and there are tons of dedicated bass preamp pedals on the market.

The idea here is virtually identical to recording straight into the interface through a DI box. In this scenario, the preamp pedal takes the place of the DI, but also provides onboard tone-shaping tools likes EQ, overdrive, and more. With this method you commit to a sound on the way in, similarly to how you’d record an amp with a microphone. Something like the Microtubes B7K by Darkglass Electronics is a great example of a phenomenal sounding bass preamp pedal. 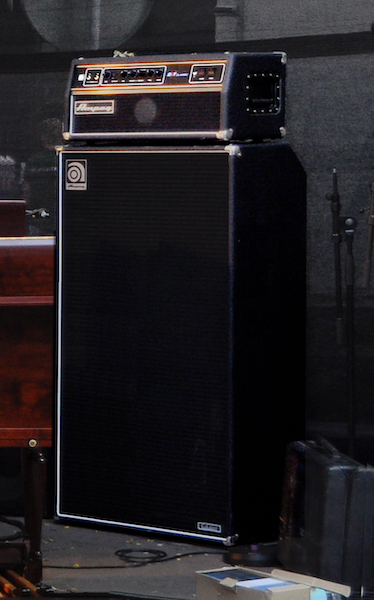 If you have the means to record a loud bass amp at home, then by all means! Usually volume is the biggest concern here; luckily, though, lots of interfaces’ microphone preamps can actually be driven hard enough to amplify a low-level signal, such as a quiet-ish bass amp, without adding too much noise. And if you have the chance to crank it, then obviously that’s the most fun.

A lot of the principles that apply to miking an electric guitar amp are the same with a bass amp. Things like placement are similar, where you’ll get a brighter sound pointed directly at the speaker cone and a darker sound pointed off-axis or to the side of the cone.

Dynamic mics are the #1 choice for bass guitar because they’re rugged enough to handle the volume and air a bass amp pushes. Be careful with proximity effect, though, because there’s going to be plenty of low end already! Generally speaking, the same mics that work well on kick drum work great for bass amps too. Check out the Shure Beta 52, AKG D112, and even the broadcast classic RE20 for capturing awesome bass amp tones.

Professional engineers will tell you to always take a DI alongside the amp. DI boxes make it really easy to split the signal into two, so you can grab the colorful tone from the amp that the bassist spent time dialing in, as well as a completely dry tone that can be used for reamping later (if needed).

Certainly if you have the ability and gear to do both, why not record both? Learning how to record bass guitar is as much about the technical side up front as it is about the wisdom to give yourself options to craft the best possible sound for mixing later.

You can get all the other stuff right regardless of the method you choose to record bass guitar, but if the instrument itself is in poor playing shape, it’s gonna be tough to record.

Bass strings tend to last a pretty long time, though you may consider changing them before recording. You’ll obviously want to make sure the instrument is properly set up and intonated, so that it’s easy to play and easy to keep in tune. Make sure there’s no scratchy pots, that the pickups all work, and that the thing is rearing to go at all times!