Matt Brownlie’s career is an illustrious one that speaks for itself through both the range of genres and also the sheer talent he has worked with. His accolades include working with Bette Midler, LL Cool J, Destiny’s Child, Frank Ocean, Kesha, and many more.  In 2013, Matt won a GRAMMY in the Best Latin Jazz Album category for his recording/mixing on ¡Ritmo!

Matt started his career with a small-scale studio apprenticeship.

Matt’s engineering career got its legs when the Recording Connection placed him in an apprenticeship with his mentor Brian Levi at Clear Lake in North Hollywood in 2008. He notes that “this was a humble, but great little studio,” which is still operating today. He left Clear Lake after 2 years to pursue an internship at Westlake in Hollywood in 2010.

Westlake Recording Studios is a large-format commercial studio known for not only its recording legacy, but its innovative studio design as well. Matt became a staff engineer there, where he recorded, edited, and mixed music for the studio’s huge clientele. He ultimately left the staff position after 4 years, but continued a working relationship with Westlake as a contracted engineer. 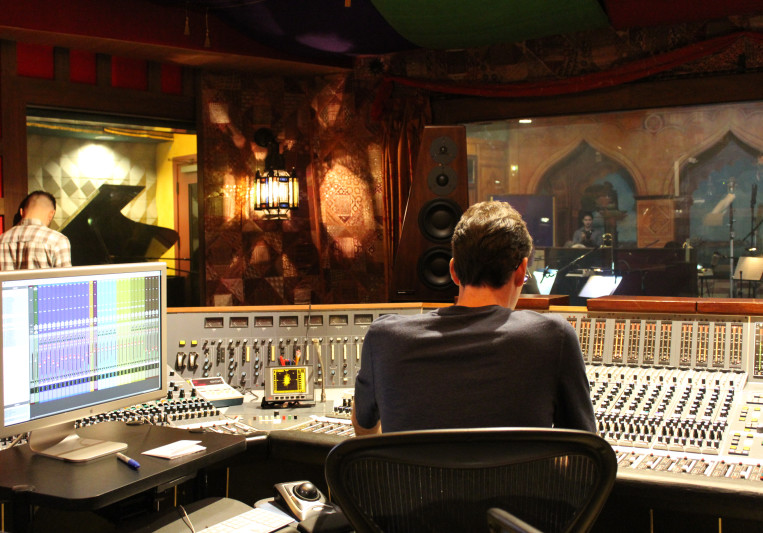 Concurrently with his staff gig at Westlake, he went to work with Brent Fischer and his father, the late, great Clare Fischer. He started off in Brent’s home studio doing edits, then MIDI programming, then overdubs, which led to him working on ¡Ritmo! Matt has worked now with Brent Fischer for over 10 years, recording and mixing big bands, orchestras, and many more!

As a freelance recording and mixing engineer for over 10 years, Matt Brownlie has recorded everything from jazz ensembles and chamber orchestras to voiceover actors, audiobooks, and podcasts. Audio editing, mixing, ADR, and repair are just a few of the skills which make him an incredibly talented and successful engineer in this industry!

Please enjoy this conversation with the one and only Matt Brownlie. For more, check out Recording Strings and Horns with Matt at NRG!