We’ve spent a lot of time with the amazing Jack Douglas over the past year! He told us how he got Cheap Trick signed to their first record deal, what it was like working with Aerosmith throughout the ’70s, how he engineered John Lennon’s Imagine, and what it was like producing Lennon and Yoko Ono’s Double Fantasy.

With over 50 years of experience, he’s enjoyed a tremendous career as one of the greatest producers in the world. Like anyone else, though, he started humbly as a janitor at the Record Plant in New York. He worked his way up to the desk as an engineer and participated in projects by Miles Davis, The James Gang, and Alice Cooper. Around this time he also saw Cheap Trick perform live which convinced him that they needed a record deal!

Jack helped engineer The Who’s 1971 Record Plant sessions for the Lifehouse project. He then had the opportunity to work with his hero, John Lennon, on Imagine in 1971. Jack and Lennon got along very well, working together for the rest of Lennon’s life, and Jack was one of the last people to see him before his untimely passing. As a staff engineer at Record Plant, he worked with other greats like Patti Smith, Blue Öyster Cult, the New York Dolls, Starz, and perhaps most notably, Aerosmith. 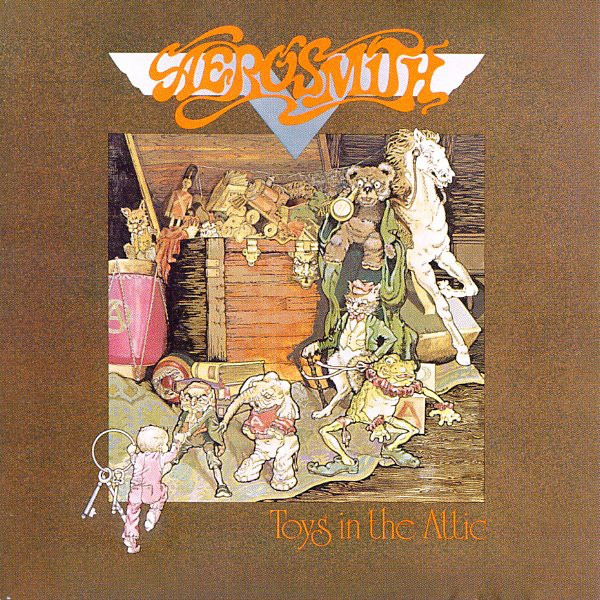 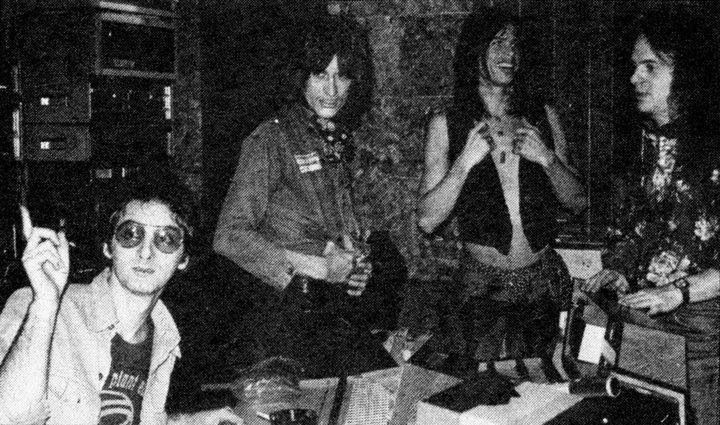 The road to Jack Douglas’s success was a little…crazy.

As a young musician in the mid ’60s, Jack and his bandmate Edward Leonetti were obsessed with The Beatles. In November 1965, the pair decided to head straight for the source of the music that inspired them—Liverpool, England—with the intention of playing a few gigs of their own and figuratively taking a dip in the River Mersey.

As Jack recalls, the cheapest means of travel at that time was by tramp steamer, which he and Leonetti boarded as the sole passengers with one-way tickets. It took nearly three weeks, but the two eventually arrived in Liverpool carrying only their guitars and amplifiers, and small suitcases with the bare essentials. They certainly didn’t have visas or work permits, and were almost immediately detained by immigration officials onboard the ship. At one point, however, Jack managed to sneak off the ship and buy a copy of Rubber Soul that had just been released!

Word of Jack and his friend’s plight got to London when an editor of the Liverpool Echo was intrigued by their story. The editor arranged media coverage spreading a sensationalized story about two Americans who were being held captive on a ship in Liverpool. Immigration officials finally granted them student visas, and the duo spent some time seeing bands, buying records, and sending stories back to New York.

They achieved quite a bit of notoriety in England, referred to in the papers as the “crazy Yanks.” They even shared front-page space next to The Beatles who had just put out a new album. Their time was up, however, when they were detained and deported back to the United States after being caught playing in a band.

Years later, Jack was now a junior engineer at the Record Plant transferring tapes in an editing room during John Lennon’s Imagine sessions. He was far from the “action,” but thrilled to even be adjacent to his favorite Beatle just a few rooms away. About a week into the sessions, Lennon himself walked into the editing room, asking, “Do you mind if I just sit in here for a little bit?”

A star-struck Jack Douglas was now in the same space as his hero who he had stowed away on a ship to catch a glimpse of years before. An awkward 10 or 15 minutes passed while Lennon stayed in the room—presumably to get a break from Phil Spector—and Jack worked on edits. Finally, he mentioned that he had been to Liverpool before, and after a short exchange Lennon recognized Douglas as one of the “crazy Yanks” from the newspapers. That same day, Lennon invited him into the session for Imagine, asking chief engineer Roy Cicala to give Jack something to do.

Such was the start of a relationship that would continue until Lennon’s death. Douglas worked very closely with him, and was entrusted with producing Double Fantasy, which was Lennon’s first project in over 5 years. In our previous interview with Jack, he recalled,

[Lennon] said, ‘Okay, so we’re going to make a record. Here’s the thing: no one can know we’re making this record, because I’m not sure this is going to go so well, and the last thing I want is the press to know that I attempted a comeback and couldn’t do it.’ I said, ‘By ‘no one’ you mean no one? No one?’ He said, ‘Absolutely no one.’…He was very insecure about whether he could still write a song. 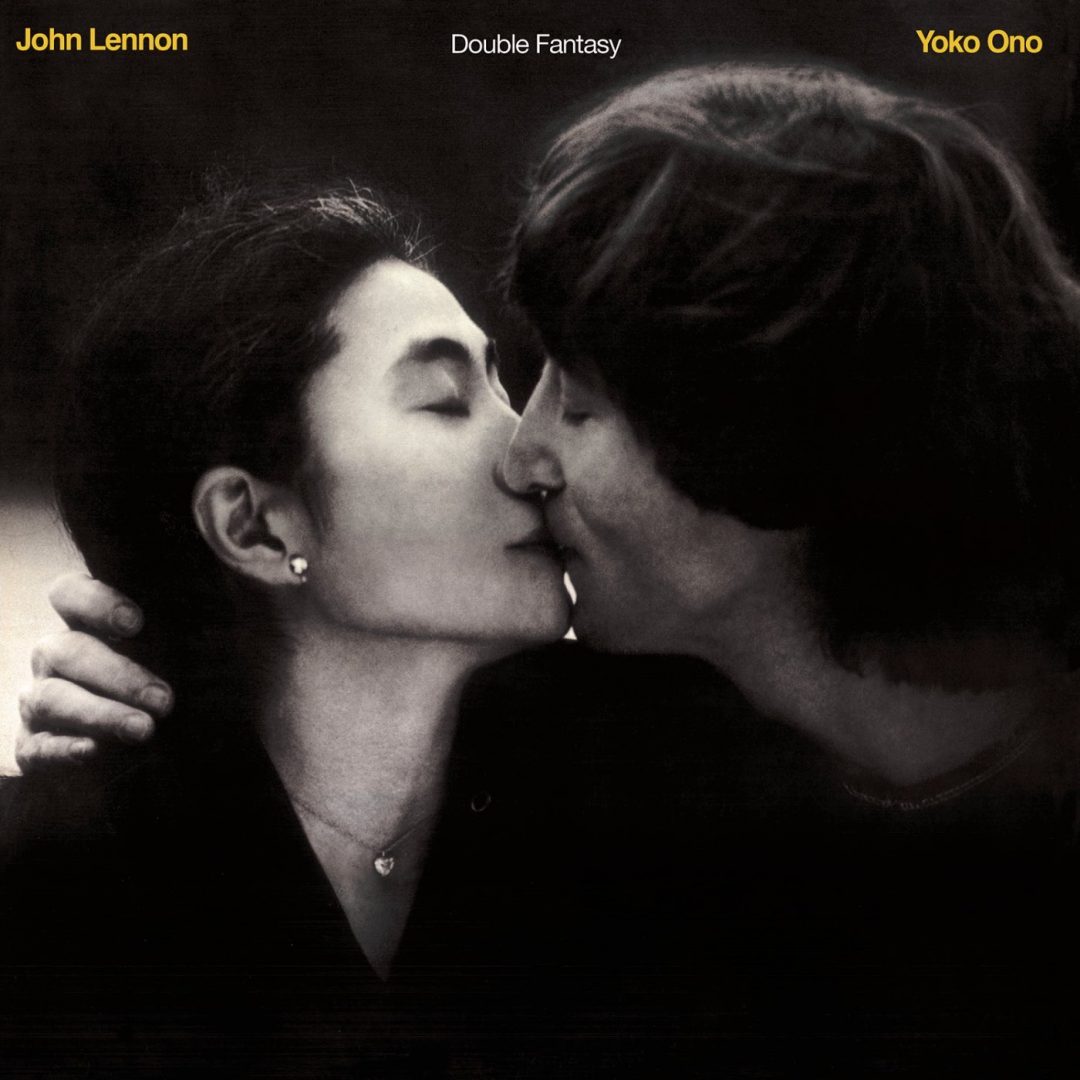 Lennon’s honesty and openness with Jack was representative of their relationship. Lennon, who was well aware of the types of records Jack made, had some words of caution for Double Fantasy:

[Lennon] also said to me… And this was like a real warning to me. He said, ‘Look, I know how hard you like to rock. This isn’t about that. Back it up, back it up.’ He said, ‘This album is a guy that’s about to turn 40. You know, I’m not making believe that I’m a rocker. I want it to be a contemporary statement of where I am right now, so throttle back on the rock.’

Jack even shared the best advice Lennon ever gave him:

‘Tell the truth, and make it rhyme.’ That’s what he told me. His other words of wisdom were like, ‘If I make a mistake, make it louder. They’ll think I did it on purpose.’

Sound wisdom from one legend to another… 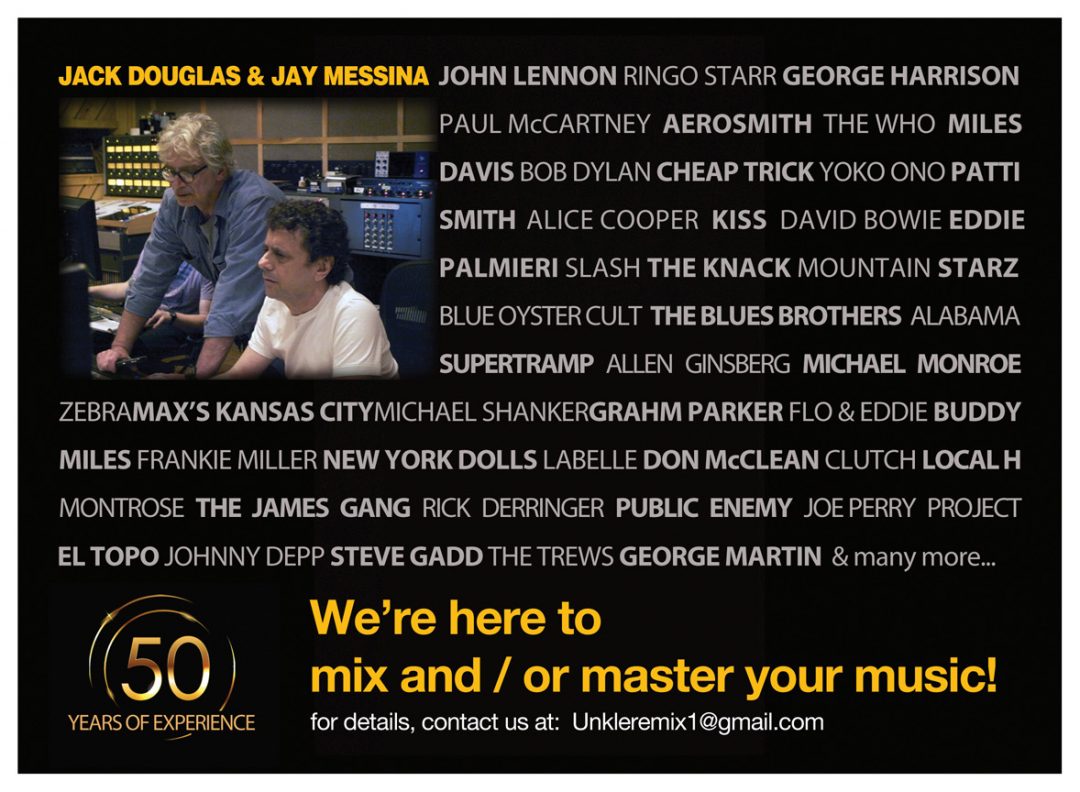