Getting ready to record an EP is a bit easier than a full-length album from a logistics standpoint. Obviously, EPs are less material than full-lengths. They usually range anywhere from about 3 to 7 songs. Instead of trying to bulk out a 10 to 12 song LP — where maybe only a portion of the material is truly great — artists can hone in on writing 5 or 6 really awesome songs.

This more focused approach can lend itself to a better product overall. If you’re paying for studio time, you’ll feel less pressure of the clock running out as you try to squeeze in the last few songs. You can spend your time and money seeing the tracks you’ve chosen for an EP through to their potential. Even if you’re recording it yourself, you’ll feel less pressure. This translates to more time to experiment in the studio on the tracks you’ve picked. Finally, when it’s time to mix, you can really fine tune the nuances in each song rather than trying to pump out 12 “okay” sounding tracks.

Recording an EP quickly assumes that your band already has songs written. One of the biggest hindrances to finishing a project in a short period of time is not having finished material before hitting the studio. So, assuming you have your music written and ready to go, let’s talk about how to maximize your efficiency in the studio!

You can record an EP in a single weekend — if you have a plan! 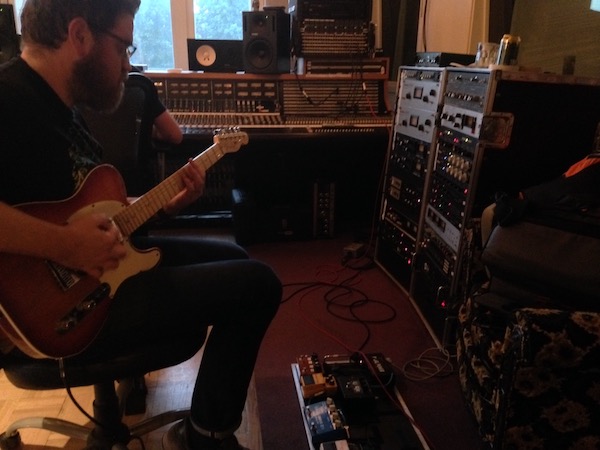 Unfortunately, this is something completely out of your engineer’s hands. Having a plan of attack is the band’s responsibility. If you want to record in the least amount of time possible, spend that extra time before the studio prepping!

1. Record some scratch tracks at home.

A scratch track is a rough playthrough of a song, or section of a song, that acts as a guide while recording other instruments. It’s usually just a couple instruments, like a rhythm guitar and vocal playing along to a click track. Most of the time it won’t end up as part of the final mix — it just helps other musicians along while they record their takes.

When you’re recording drums, you might give the drummer a scratch guitar to play along to. A scratch vocal on the hook would be helpful so the rest of the band can lock down the right energy and feel.

Scratch tracks are handy for a lot of different reasons. If you’re being diligent with your scratch tracks, you can treat them like a demo which you can take to the studio with you for reference. Recording a rough version of the song at home, noting the tempo, and leaving the click track in the mix will not only prepare you for the studio, but give you a scratch track to reference while laying down the final takes!

They’re also helpful for songs that don’t necessarily have a steady tempo. Some music weaves in and out of different pockets, which can be a really cool thing. If you find this to be true of your own music, recording a scratch take of the full band performing live and then using it as a guide in the studio is a great technique.

You can get really cool takes when you and your bandmates have something to jam along to that isn’t just a click track. Plus, you’ll be much more rehearsed and prepared to record an EP fast.

2. Create a list of instruments and sections to be recorded.

You’ve probably seen videos of bands in the studio with a whiteboard that has all the song titles and instruments written on it. Then they check off each item as it’s recorded. This is actually a really great way of staying organized and focused in the studio — and is of understated importance.

You don’t have to go the literal whiteboard route, but before you enter the studio, take a little extra time to write down the songs you’re recording and the instrumentation of each. You’ll want to include other details about the structure and arrangement as well, such as where the guitar takes a solo, etc.

This is an easy step you shouldn’t avoid if you plan on staying disciplined in the studio and knocking out an EP efficiently. 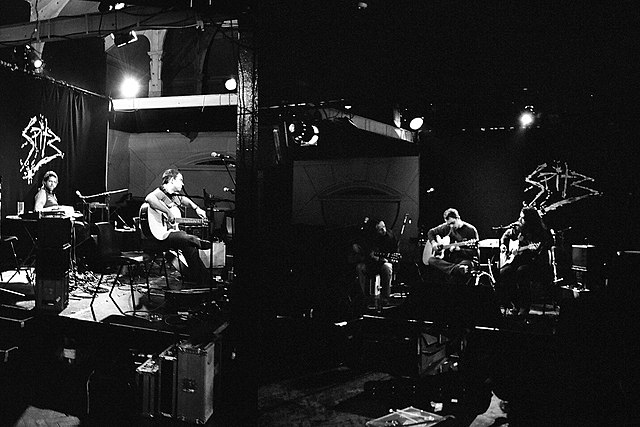 If you want to have a great recording, you absolutely must be rehearsed. This statement is all the more true if you plan to record an EP entirely in just a 2 or 3 days. Remember, we’re already operating under the assumption your band has songs fully written. Hopefully you’ve also been rehearsing those songs together and individually on a regular basis!

Part of rehearsing means locking down precisely what each member of the band plays. Rehearsing for the studio is a bit different than rehearsing for a gig. There’s more flexibility in terms of who plays what for a show — maybe you even leave deliberate space for improvisation. For the studio, though, nobody should still be figuring which notes to play. This actually gives you more time to be creative and try something new for the song if you know your part inside and out.