Rupert Neve — the legendary innovator whose equipment and designs are ubiquitous in studios the world over — has died at 94.

Neve’s impact on the recording industry is indelible. It’s not hyperbolic to say anyone who has enjoyed recorded music has heard something made in part or in whole with his equipment, ranging from preamplifiers, equalizers, and compressors, to large-format consoles and 500-series modules.

Rupert Neve was born in England in 1926 and spent a significant part of his childhood growing up in Argentina. He took an interest in electronics early on, designing amplifiers and radio receivers as young as age 13. By the time he was 17 he volunteered to serve the Royal Signals during World War II, which provided communications support to the British Army.

After the war he returned to civilian life in England, where he built a mobile system to record choirs and public events onto lacquer disks. His recording system captured some of those in the highest offices in England, including Princess Elizabeth (now Queen Elizabeth II) and Winston Churchill. 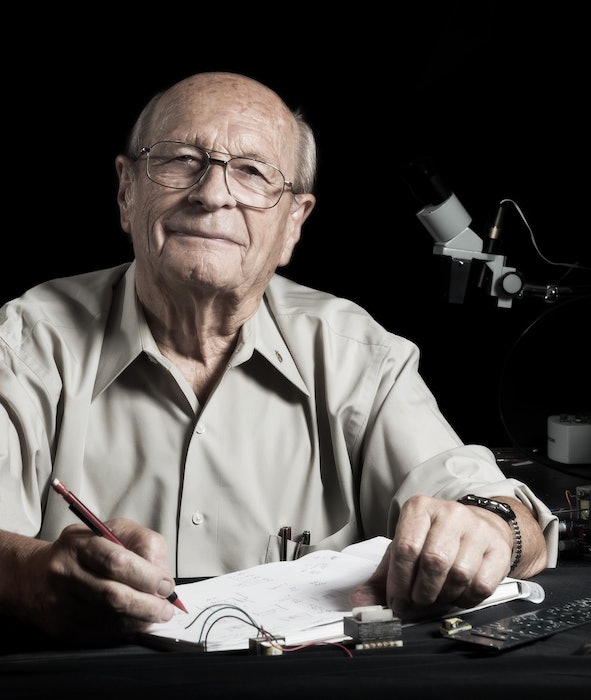 An Irish composer commissioned Neve to build a recording console in 1960, and in 1961 he and his wife Evelyn formed Neve Electronics. In the years that followed, Neve would create his most celebrated equipment, including the 80 and 50 series consoles, as well as the iconic 1073 and 1081 preamps incorporated into those desks. The 1073 went on to become the most famous preamplifier of all time — it has spawned dozens of reproductions and is still one of the most prized sounds in all of recording.

A lifelong pioneer, he continued to develop groundbreaking products in more recent years with Rupert Neve Designs. RND built upon decades of experience to produce many hits including the 511 preamp, the RNDI direct box, the Master Buss Processor, the 5057 summing mixer, and many more.

Rupert Neve’s contributions to the audio industry were recognized with a Lifetime Achievement Technical GRAMMY Award in 1997, an Audio Engineering Society Fellowship Award in 2006, 16 TEC Awards for Rupert Neve Designs products, and Studio Sound magazine’s “Audio Person of the Century” Award in 1999.

His innovations defined an entire era of recorded music, and the classic “Neve sound” is still sought after to this day.