Should You Record an EP or Full-Length Album?

This is an interesting question, because it seems an increasing trend for independent artists — especially those recording at home or on tight budgets — is to make an EP rather than an LP. There are some obvious and some less obvious reasons for this which we’ll dig into!

Recording an EP is easier from a logistics standpoint.

In the extremely obvious sense, EPs are less material than full-lengths. They usually range anywhere from about 3 to 7 songs. Instead of trying to bulk out a 10 to 12 song LP — where maybe only a portion of the material is truly great — artists can hone in on writing 5 or 6 really awesome songs.

The more focused approach to working on less overall music lends itself to a better product overall. If you’re paying for studio time, you won’t feel the pressure of the clock running out as you try to squeeze in the last few songs. You can spend your time and money seeing the tracks you’ve chosen for an EP through to their potential.

Even if you’re recording it yourself, you’ll feel less pressure. This translates to more time to experiment in the studio on the tracks you’ve picked. Finally, when it’s time to mix, you can really fine tune the nuances in each song rather than trying to pump out 12 “okay” sounding tracks. 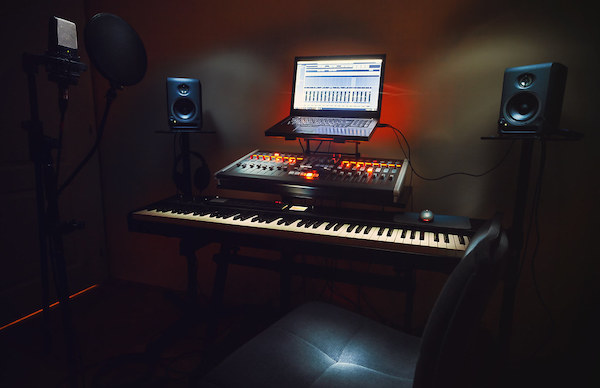 The average album cycle for an active band is 2-3 years. How this breaks down is usually something like a year to write/record an album and start to promote it with single releases, etc. Then comes a year or more of touring in support of that album before entering the studio again and starting the cycle over. With an EP, you can release more music more often by shortening that cycle, particularly at the writing/recording phase.

The thing that active bands have to concern themselves with between LP releases is staying relevant to their fanbase. Usually, touring is enough. However, if your band decides to record and put out 6 song EPs moving forward, you could write, record, and release an EP quicker than a full-length album.

Then you can embark on the promotional/touring journey where you get the word out, connect with your fans, and all of the great things that come with that. In under a year, though, you’re messing around with new material and can get to work on another EP, restarting the album cycle much quicker. Your band could potentially release a new record a year or so after your previous EP.

EPs mean you could actually put out a new project every year, rather than every 2-3 years.

Working on EPs helps you develop faster as an artist and/or engineer.

Most people’s taste and technical abilities change a lot more quickly than every 2 or 3 years! Writing and recording shorter projects is understandably quicker, but it ultimately lets you explore new ideas and influences more often.

Long album cycles mean you’re married to these ideas for much longer than if you were writing shorter records. That isn’t to say you can’t write new material when you’re on tour, or even start writing for the next project while finishing the current one. But focus potentially strays here, and suddenly you’re disinterested in your current LP because you’re seeing songs come together for the next one.

You could write and release an EP in roughly half the time as a full-length album, so you can get back in the studio and explore your newest ideas. Writing at a faster pace like this means you’re getting more and more material out of your system and developing as a musician overall. And if you’re recording your own EP, more time spent engineering will help you improve in that area as well.

There are lots of benefits in working on EPs versus full-length albums. If you want to stay one step ahead of yourself as an artist, and always have the ability to pursue your freshest ideas, EPs are a great way to do that!