Shure microphones are ubiquitous. Think of any of the most dependable, affordable, and awesome sounding mics, and Shure is definitely on that list. Consider the SM57, for example, which continues to be one of the most widely used microphones of the last six decades. A Shure SM7B review really needs no introduction, because it’s up there as one of the all-time great microphones too! In this case, its reputation most definitely precedes itself.

The precursor to the SM7B was the SM7, but before that, there was the SM5. In 1966, Shure developed a boom mic for radio and film—a beast of a microphone measuring 10″ long. It was quickly accepted by pros for those applications, but Shure wanted something that could extend beyond just broadcast or film/television sound. 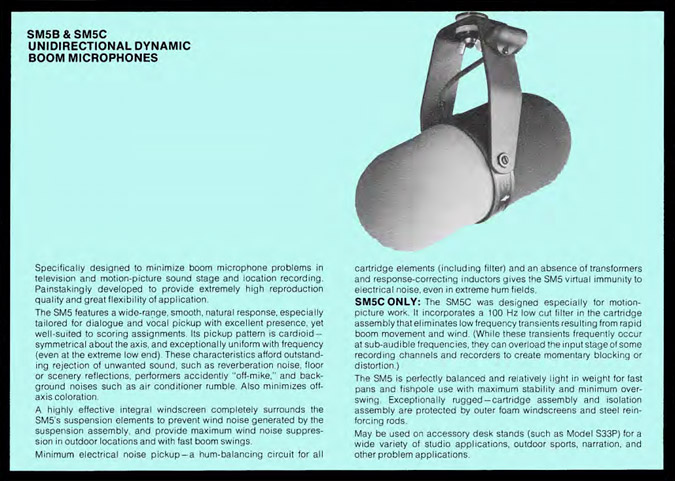 Development of the SM7 began with Shure engineers discussing how to take the Unidyne III cartridge found in the 57 and make it better. That’s why the  SM7(B) is sometimes called a ’57 on steroids.’ There is some shared DNA between the 57 and SM7.

The SM7 was designed as an extended, full range microphone and intended to be universal in its applications. It has a flatter and wider response than its SM57 and SM58 siblings, but its frequency shaping switches in the back (selectable low cut and presence peak filtering) allow it to more than adequately fulfill (and enhance) applications where the SM57 or SM58 excel.

The SM7 debuted in 1973 but was still pigeonholed as a broadcast mic. It wasn’t often used in music until Quincy Jones and Bruce Swedien famously recorded most of Michael Jackson’s vocals on Thriller with an SM7 in 1982. Swedien was adamant about his love of the SM7 for decades. He bought his first (of six!) in 1977 and became one of the first engineers to use it for musical applications.

History of the SM7 Series

According to Shure, the different microphone versions all perform identically.

A hot-rodded 57/58, the SM7(B) is a most often used on vocals. They’re practically universal in radio, live streaming, and any other sort of broadcast audio. In the musical recording studio, engineers successfully use the affordable dynamic microphone on instruments as well as vocalists.

The SM57, 58, and SM7B all share some DNA, but the latter is optimized differently:

It’s all in the details: 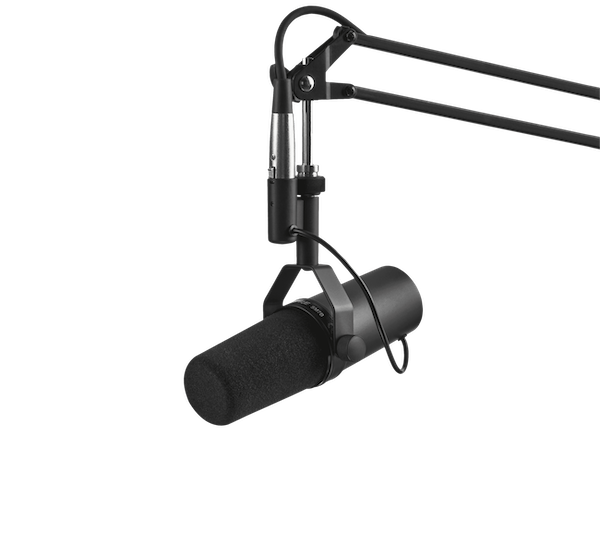 Because it’s a dynamic microphone, the ‘Shure SM7B vs. condenser mic’ debate is somewhat moot, but the most common comparison. The detail of the former is impressive and comparable to a condenser mic, for sure, but the SM7B can handle loud, aggressive vocalists and instruments with a smoothness and richness hard to find in a sensitive condenser—especially one under $500.

Still, users will pit microphones together all the time because they’re in a similar price range: ‘Shure SM7B vs. AT4040’ and Shure ‘SM7B vs. Rode NT1-A‘ pop up a lot. Unfortunately there’s really no one who can tell you one mic sounds better than another other than you!

For the average bedroom user, the SM7B is rugged, pretty much immune to bad room acoustics, and it sounds nice and expensive. You just have to make sure your interface or preamp has enough clean gain on tap to boost the Shure up to an adequate level; its dB tolerance is massive, so it’s frequently sold with a clean gain boost bundled in.

You can pick up something like an At4040 or Rode NT1 or 1-A for less than a 7B. Those are great mics as well, just a bit different in terms of construction and performance. They’ll certainly be a bit more prone to mic stand noise, sibilance, room tone, etc. than the rough and rugged Shure.

Above all, the SM7B is a renowned for its naturalness and clarity. The wide, flat frequency response preserves the detail in vocals and close-miked instruments. At just $399, it seems like a mic that shouldn’t be nearly as good as it is. But if the hype is real, and it seems to have been for several decades now, it’s one of the best microphones to add to any collection.