In July of 1978, New Music Express’s Nick Kent found the punk attitude alive and well with a Siouxsie and the Banshees performance at the Roundhouse. Kent pressed: “If Punks are currently being brushed off by “official sources” as a speedily-becoming-extinct species, why then is it damn near impossible to find a comfortable location here in the Roundhouse on a blisteringly humid Sunday night in order to watch billtoppers Siouxsie & The Banshees rising victorious before a capacity crowd?” Like many other new British bands of the late seventies, Siouxsie and the Banshees found their roots in the punk movement – their first drummer, Sid Vicious, even went on to play with the movement’s reigning leaders, The Sex Pistols, before the band’s abrupt end. While Kent found their attitude evoking the riches of punk, Siouxsie and the Banshees have since been heralded as leaders of the emerging Postpunk aesthetic. In 2012, The Times declared: “The Banshees stand proudly [… as] one of the most audacious and uncompromising musical adventurers of the post-punk era.”

The band was first formed in response to an opening in the lineup for the 100 Club Punk Festival, organized by Sex Pistols manager Malcolm McLaren.  Susan Janet Ballion, aka Siouxsie Sioux, teamed up with bassist Steve Severin, whom she had met at a Roxy Music concert in 1975. Together,  they created a band for the event, pulling in Marco Pirroni on guitar and Sid Vicious on drums.  The result was a 20-minute set of improvisations.  The intention to disband was quickly dispelled when the band was invited to play additional gigs, retaining Siouxsie and Severine as the only original members. The lineup settled with John McKay on guitar and Kenny Morris on drums by the time the band was signed to Polydor in June of 1978. 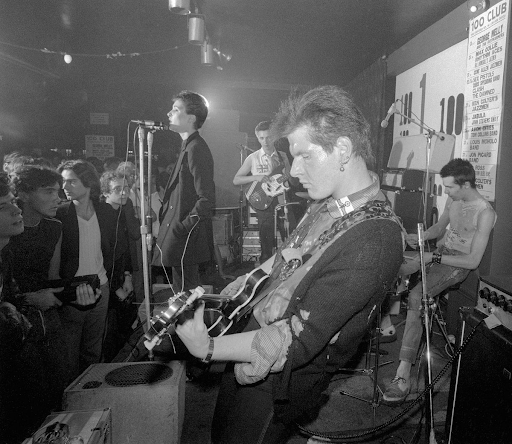 As Kent’s observation for NME attests, the band was already a local London hit, selling out venues throughout the city. However they struggled to find a record deal they could live with. In the wake of the Sex Pistol’s notoriety, many record labels hesitated to sign punk bands, often limiting themselves to one such band on their roster. Additionally, Siouxsie and the Banshees wanted to retain a certain amount of artistic autonomy, while also working within the major label sphere – a feat which would have been much easier within an independent label framework. Severin explained the confound saying, “It would be pointless to have that freedom and not be heard. I mean, the important thing is to get into a big record company and do the damage there.”

The band’s first single with Polydor, “Hong Kong Garden,” was not new to the band when they entered Olympic Studios to record the track with American soul producer Bruce Albertine. The song had first been recorded in the band’s 1977 sessions with BBC Radio One DJ Robert Peele, and had been featured by the band on their self-financed tour at the end of March in 1978. The song evolved from a guitar riff from a song McKay had previously written, called “People Phobia,” and the title came from the name of a Chistlehurst Chinese food restaurant which Siouxsie had frequented with a friend and bore witness to the racist harassment the workers faced at the hands of local skinheads. She reflected:

“I’ll never forget, there was a Chinese restaurant in Chislehurst called the Hong Kong Garden. Me and my friend were really upset that we used to go there and like, occasionally when the skinheads would turn up it would really turn really ugly. These gits would just go in en masse and just terrorise these Chinese people who were working there. We’d try and say ‘Leave them alone’, you know. It was a kind of tribute.”

However, the band hated the version of the song recorded with Albertine and their manager Nils Stevenson quickly pivoted to bring in producer Steve Lillywhite for the band to try again. This time the band moved to the basement of Island Studios where Lillywhite’s inventive techniques matched the band’s vision. Perhaps the most powerful of these changes was the spacious drum sound Lillywhite had captured and which NME hailed in 2012 as having had “revolutionized the postpunk band’s sound with an innovative approach to laying down the drums.” The result was a number 7 hit on the UK Singles Chart – the first massive hit for both Lillywhite and the band. 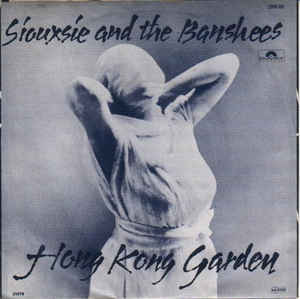 While the band had thought the track would do well, its success still surprised the group. Severin noted, “We were surprised it got to number seven, but we knew it would be a hit.” The song catapulted the band into the spotlight and influenced a generation of rising musicians. In 2009, The Independent called the track, “arguably the most important of the post punk hits” blending punk’s attitude with a pop accessibility.

The followup album, Scream, was also recorded with Lillywhite at the helm and continued the band’s success. Reviewing their debut album,,Nick Kent of NME continued the praise he had issued over their live show writing, “Certainly, the traditional three-piece sound has never been used in a more unorthodox fashion with such stunning results”

Siouxsie and the Banshees went on to have a rich career throughout much of the eighties, reuniting briefly several times since. In addition to kicking off the postpunk and new wave era, the band has since been credited with helping shape the Gothic music scene and standing at “the very front of the alternative-rock scene.” With both their seminal sound and attitude sparking the development of so many different directions in popular and rock music at the onset of the eighties, it comes as no surprise that they are regularly cited as major influences for many other groundbreaking acts, including Joy Division, the Cure, the Smiths, Depeche Mode, PJ Harvey, and Radiohead.