Susanna Hoffs and the Joy of Making Music

In 1982, when The Bangles were still known as The Bangs and playing at Al’s Bar in Los Angeles, Music Connection concluded: “There is no question that all the elements are here to make the group one of the biggest draws around, and 1983 is theirs for the taking.” Sure enough, The Bangles were picked up in 1983 by Columbia records and released their first full album, All Over the Place, the following year.  For vocalist and guitarist, Susanna Hoffs, the shift into the spotlight was profound. She explained the contrast to Goldmine in 2012 saying:

You go from the little bubble of your dreams, of musical aspiration, and all of this excitement and energy, and creating your sound and finding your communal voice as a band. Suddenly, you get signed and enter the business side of it. There are teams of people in suits, mostly men, and they are staring at you and sizing you up and trying to figure out what to do with you and how to sell you. You realize that your little bubble of creativity is no longer a little bubble. You’re out in the world, subject to a list of people’s opinions that you never thought you had to consider.

And in spite of that pressure, Hoffs has maintained an infectious energy for music making and collaboration throughout her rich and diverse musical career. From The Bangles to Ming Tea (her faux-sixties Austin Powers band with Mike Myers and Matthew Sweet), her Under the Covers volumes, with Matthew Sweet, with in her solo work and collaborative projects, Hoffs brings a fresh and enthusiastic voice to the popular music soundscape. 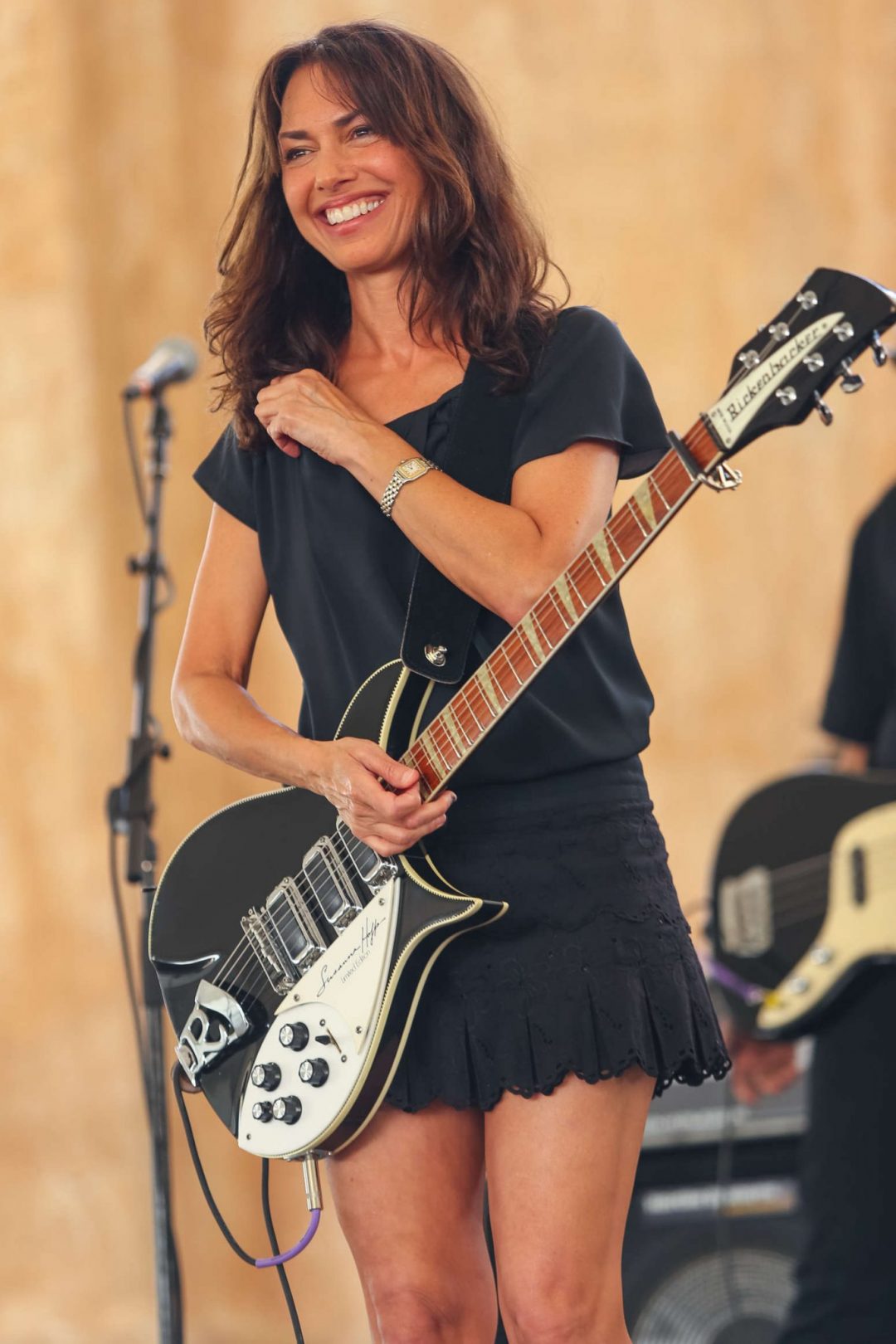 While The Bangles were Hoffs’ first step major musical success, she began her first band, The Unconscious, with David Roback (of Mazzy Star fame) while studying art at UC Berkeley. During her time in college, Hoffs’ studies in the arts were complimented by the late seventies music scene that surrounded her. From Talking Heads, The Velvet Underground and Patti Smith, to the last Sex Pistols performance at San Francisco’s Wonderland in 1978, Hoffs’ musical ear developed alongside her art studies. Hoffs reflects:

“I wanted to be an artist and I didn’t have a lot of boundaries around that. I studied dance and theatre and I ended up graduating with a degree in art…I painted, I made sculptures, I did photography…..and I made a band… that band was just another thing that I made.”

While The Unconscious parted ways after graduation, both Hoffs (in The Bangles) and Roback (in Rain Parade) became active participants in the Paisley Underground scene of their hometown of Los Angeles, bringing that “art band” college experience with them: “The goal wasn’t to play a stadium, the goal was to get a gig at a club, you know, and be like the Velvet Underground at Andy Warhol’s factory and just be part of a happening.”

Hoffs and Roback had been childhood friends (and maintained that friendship until his recent passing in February 2020), but after a relationship that was both musical and romantic in college, Hoffs was ready to find a band without that added tension. Hoffs met Bangles bandmates Vicki and Debbi Peterson through an ad she had placed in The Recycler. From their first meeting playing in Hoffs’ garage, the band was formed.

The Bangles spent their first years performing under the name “The Bangs” until learning of a “boy band” in New Jersey who claimed ownership of the name. The solution of adding the “-les” to the name appealed to the band because of their shared love of the Beatles. A Rolling Stone magazine piece from 1984, noted the shared influence powerful, stating: “Musically, at least, the Bangles have absorbed much of what was good about the Fab Four. The Bangles’ stunning debut album, All Over the Place, is a testament to the enduring value of the simple, straightforward rock & roll suffused with jangly guitars and Everly Brothers harmonies that the Beatles popularized two decades ago.” But the interview’s provocative title – “The Bangles: A Female Fab Four?” – hints at an ongoing issue that Hoffs and her bandmates have faced throughout their career…that of their gender. 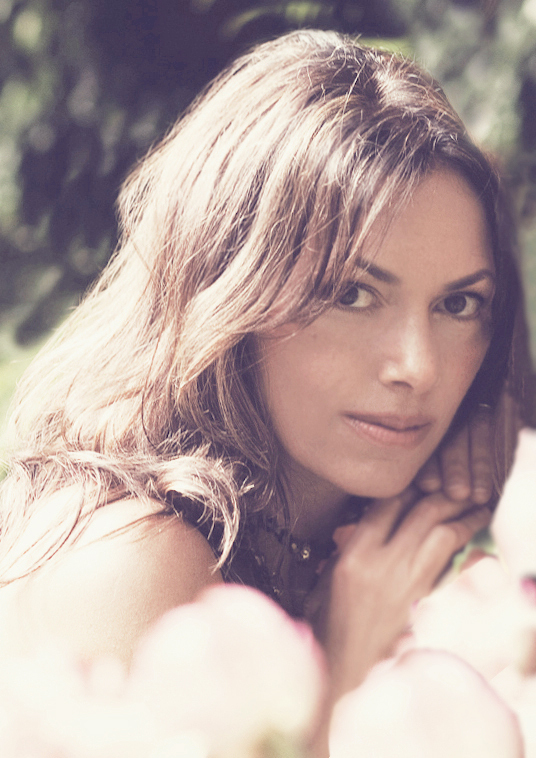 While the decision to form an all-female band was intentional, the stereotypes that accompanied that choice seemed unavoidable. Constant comparisons to the Go-Gos, while not completely unwarranted (Hoffs has admitted their influence), dominated critical appraisals of the band, treating both bands almost as novelties rather than acknowledging their individual and autonomous contributions to the eighties musical soundscape.  Hoffs reflects: “There was definitely a funny fixation on…our gender….and if there’s two girl bands, ‘let’s make it a competition’ instead of ‘where are all the girls?’…’where are all the other women?’ I mean, we know they’re out there!”’

For Hoffs, the previous generations of female musicians had paved the way for her own development. In turn, as both a performer and a songwriter, Hoffs’ voice has influenced new generations of aspiring female musicians. “Eternal Flame,” which she wrote alongside Bill Steinberg and Tom Kelly, gave the Bangles an international number 1 hit, and has since become a favorite song for artists (of all genders) to cover.  She has put out three solo albums of original material, including the critically acclaimed Someday (2012), which American Songwriter gave 4.5 out of 5 stars and concluded that it was “easily and undeniably Hoffs’ most definitive musical statement to date.” Still, her role as an inspiration for girls ready to rock can still seem surreal. At the release of her last album, Hoffs told Goldmine: “I am very touched and flattered when people say that The Bangles, or I, have been an influence for them. I’m always surprised, because I don’t think of myself that way. It is so moving to me that I could influence somebody to do something positive or to make music.”

What’s next for this vivacious musician?

Hoffs is currently finishing up a new album, and revisiting her past, with the rediscovery of an unreleased album from 1999 that includes collaborations with an exciting line-up of musicians including Dan Schwartz, Bill Bottrell, Dillon O’Brien, and Charlotte Caffey. The future is full of music – new and old – from Hoffs, promising a continuation of the infectious enthusiasm and joy for the art of music making that has characterized her entire career.