Fifty years. It seems like yesterday. Fifty years ago, The Beatles’ Abbey Road was released to the world. One other album would follow, but we’d all learn soon enough that this one was truly their swan song, and one that capped their work together in as unique a way as anything that came before.

The Beatles were all about moving ahead with their sound. By that, I mean moving away from what they had already accomplished. Their early pop hits became progressively more intricate, their soundscapes more varied. In under four short years they took us from Please Please Me to Sgt. Pepper’s Lonely Hearts Club Band. No other artist before or since has produced such a high quality and highly varied catalogue in so short a time.

In the album completed just prior to Abbey Road, later released as Let It Be, The Beatles were attempting to move far away from the intense, overdub-driven output of Pepper and the so-called White Album (actually titled The Beatles). They got back to basics, with stripped down songs and arrangements; their vision only clouded later when Phil Spector took over the sessions in 1970, completing three of the tracks with a flourish of orchestra and choir.

But for The Beatles in early 1969, it was time to make a proper album again, with the fit and finish they were still very capable of and under the leadership of producer George Martin.

And this last time, they went solid-state.

While the REDD consoles that had been in place throughout The Beatles entire career were still in play at Abbey Road (EMI Recording Studios), a new console developed in the company’s Hayes factory was installed in Studio 2 in time for the new album’s recording – the TG12345.

Of the studio gear available to the band, the console was the only significant change, but the difference between the sound of the old REDD valve-based consoles and the transistorized TG were truly night and day.

It all came down to control of the inputs. The TG had 24 input and eight output channels, each input with its own zenner diode compressor/limiter, EQ, full stereo panning, group and echo sends. The group channels added “presence” control to boost or cut eight fixed high-frequencies and another stage of compression/limiting could be applied if desired.

Now engineer Geoff Emerick could sculpt sound like never before and it’s this refinement more than anything that marks the sonic profile of Abbey Road.

The difference to the drums

Prior to the TG, the sound of Ringo’s drums could only be varied in its totality. While multiple microphones were used (an AKG D20 on the kick, D19c’s under the snare, overhead, and on the tom-toms, a Neumann KM56 on the snare), these microphones were all routed via a summing mixer (the RS144 premix unit) to a single input on the REDD console. From that single input, the whole of the drum kit was treated with EQ and then sent to the main channel output where compression or limiting was applied as an insert to the entire signal on its way to tape.

With the TG, Emerick used seven channels for this drum recording. Even though the inputs still ended up on only a single channel of the 3M M23 eight-track tape machine, Emerick had individual control over the level, EQ, and dynamics of the kick, under-snare, overhead and tom-tom inputs. Through this control he could mold new, refined and unique drum sounds with endless variations available to him.

The TG console brought all the best elements of the REDD consoles forward and added features and control over the recording process that were previously unavailable to the engineers at EMI. Solid state components and the ability to differentiate inputs, especially through the individual application of dynamics is the key reason the Abbey Road album sounds different from any other Beatles release. The detail, clarity, and texture of the recording are unique to any of their other work.

Like the REDD before it, the Trident A-range, and Neve Wessex A88, the TG12345 was a console that imparted a unique sonic character to the music it processed and its contribution to what is recognized by critics the world over as one of the greatest albums of all time cannot be understated.

This article is written by Jerry Hammack, author of The Beatles Recording Reference Manuals (www.beatlesrecordingreferencemanuals.com / www.jerryhammack.com) 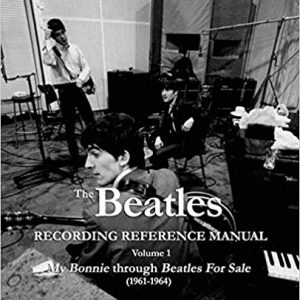 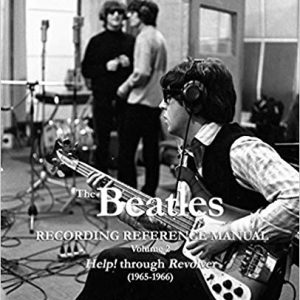