TikTok launched back in 2017 and steadily simmered for a few years. The platform has since exploded, captivating millions of consumers and turning unknown social media users into bonafide stars. What is TikTok all about, and how can musicians leverage it to promote their art? We’ll break down how it works in this simple TikTok marketing guide.

TikTok is an app for creating short videos. It initially launched in China late in 2016 under the name Douyin; ByteDance helped launch TikTok to a global market the following year. Today, Douyin and TikTok share software but do not use the same networks, so that Douyin may comply with Chinese censorship regulations.

If you remember Musical.ly, you’ll probably notice some similarities between the two apps. That’s because ByteDance, TikTok’s parent company, bought Musical.ly and seamlessly merged it with TikTok in mid-2018. The huge teenage market Musical.ly had naturally helped grow TikTok; the merger was what really made TikTok take off.

Today, the explosive app has nearly 700 million active users as of January 2021, and has been downloaded over 2 billion times worldwide. In the first quarter of 2020 alone, the app received 315 million downloads—that’s more downloads than any app has ever had in a quarter.

The app has an uncanny way of taking unknown songs and catapulting them into global hits, as well as revitalizing known hits and helping them re-enter the charts. Then ‘nobody’ rapper Lil Nas X independently released a new song called “Old Town Road” in December 2018. TikTok users picked up the song and started filming themselves doing the “Yeehaw Challenge”; the TikTok exposure alone put the song at #83 on the Billboard Hot 100. We now know “Old Town Road” as the Hot 100’s longest running #1, and the track is certified 14x Platinum. Insane.

In recent months, TikTok put rapper Kid Cudi’s 2009 debut full-length, Man on the Moon: The End of Day, back on the Billboard 200 thanks to users playing the 5x hit single “Day ‘N’ Nite” in their videos. And that’s just two examples.

Whether it’s blowing up something new or reigniting something old, TikTok is a force to be reckoned with—and now a legitimate part of marketing strategy.

Why does TikTok work so well?

Firstly, it’s the app’s design and algorithm. Secondly, it’s the massive user participation rate. In 2018, a stat quoted that an estimated 55% of active TikTok users weren’t just consuming content, but actually making it themselves.

But why that even matters is all due to the unprecedented TikTok algorithm and how it distributes uploaded videos. On other platforms, accounts with a high number of followers, and/or a high number of views or likes on a particularly post, are more likely to pop up in a user’s recommended section. On TikTok, where a video originates doesn’t matter at all—every video gets a chance, and that’s the main principle of the TikTok algorithm.

According to the algorithm, someone with zero followers and zero previous views could potentially post a video to thousands, or even millions of eyes. That’s why TikTok has such a tremendous participation rate; anyone can take a shot at social media fame.

How it works is as follows: whenever someone uploads a video, regardless of their follower base or previous success with a post, TikTok will share the video to a small sample of consumers. Based on how well the video does with that sample size, TikTok will expand the audience, and expand the audience, etc. That’s how you end up with the “Old Town Road” phenomenon, where a no-name rapper becomes the biggest artist in the world, practically overnight. 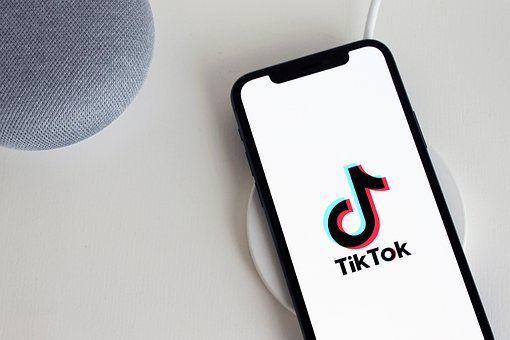 While the TikTok algorithm can miraculously make virtually anything go viral, the type of content you produce as an artist should work within the framework of the app. That means understanding what’s popular on the platform, and creating short, compelling videos that fit within that theme. All while driving audiences to your music off of TikTok. That’s the goal, right?

Like any social media platform, there are a few standard practices to engage in to make the most of your time on TikTok.