On February 10, 1978, one minute and forty-two seconds of mind-blowing guitar playing changed the sonic landscape of rock and roll guitar forever by introducing the world to Eddie Van Halen. That would have been impressive enough, but the fact that this virtuosic tour de force came surrounded by a powerhouse band of musicians and an album full of hard-hitting tracks only added to the magnitude of this moment. Van Halen’s eponymous debut album took a band that had already made an undeniable impression on the local Los Angeles music scene and announced them to the world at large.

Van Halen formed in Pasadena CA in the early seventies from the talents of brother Eddie and Alex Van Halen, who were the sons of a professional Dutch jazz pianist and woodwind player. Music was in their blood. David Lee Roth was a Pasadena local, who also happened to own a PA system, which he would often rent out to local bands, including the Van Halen brothers’ band at the time, Genesis. Roth auditioned to front the band, but Eddie and Alex weren’t completely sold on the singer. However, his charismatic personality (and the accompanying PA system) eventually won them over and he joined them in 1974. Bassist Michael Anthony joined soon after and the band (realizing there was already a band named Genesis) went through a couple name changes, eventually landing on the name Van Halen. 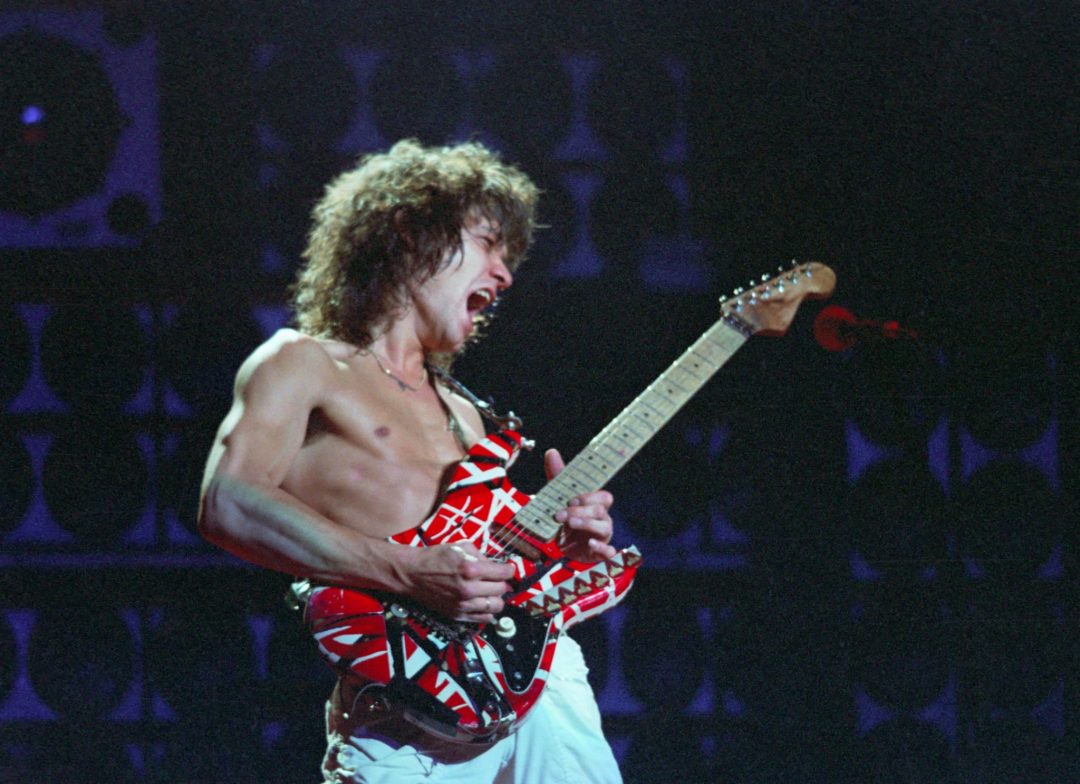 The hard rocking quartet took to the Los Angeles venue circuit, playing at everything from house-parties to the Whisky A Go Go.The region had more than enough venues to keep a talented group of musicians busy for three years. In all that time, they never once played outside of LA. Shortly after being signed, Eddie explained just how tight their performance radius was, saying: “We were going to play Santa Barbara once, but it got rained out.”

Their first real chance at a break came from the attention of Gene Simmons who worked with them to create a demo tape after the Kiss icon saw them perform at Gazzari’s in 1976. Although the demo didn’t lead to a record deal, it wasn’t long before the band got their major breakthrough in what Roth described as “a scene right out of the movies.”

The band had booked a gig at Hollywood’s Starwood club and even hired their own roadies for the first time. Roth told the Los Angeles Times with a chuckle, “We wanted to come on with a little class… and we couldn’t be seen setting up our own stuff in Hollywood.” In the audience that night was Mo Ostin, president of Warner Bros. and producer Ted Templeman. The pair approached the band backstage after the show and started the group on their rapid ascent to rock and roll stardom.

A few months after signing, the band entered the Sunset Sound to begin recording their debut album. Van Halen had built their reputation on the electrifying energy of their life shows and had become completely insync with each other as musicians in the process. Attempting to capture that incredible synergy, Templeton recorded the band live with Eddie, Alex and Anthony in one room and Roth singing from the isolation booth. Eddie recalled,

“What Ted managed to do was put our live sound on a record. Sunset Sound was just a big room like our basement and we played at stage volume. Van Halen is three instruments and voices with very few overdubs. I hate overdubbing because it’s just not the same as playing with the guys. There’s no feeling there to work off of.”

The result was a massive explosion of rock and roll energy and raw talent that demanded the attention of the entire music industry. Engineer Don Landree recalled realizing the huge impact of what they were working on: “They cut 28 tracks in about two hours. That’s when we knew we had a band that could play. We spent very little time in pre-production. In fact, we treated the entire first album almost like it was a demo.” 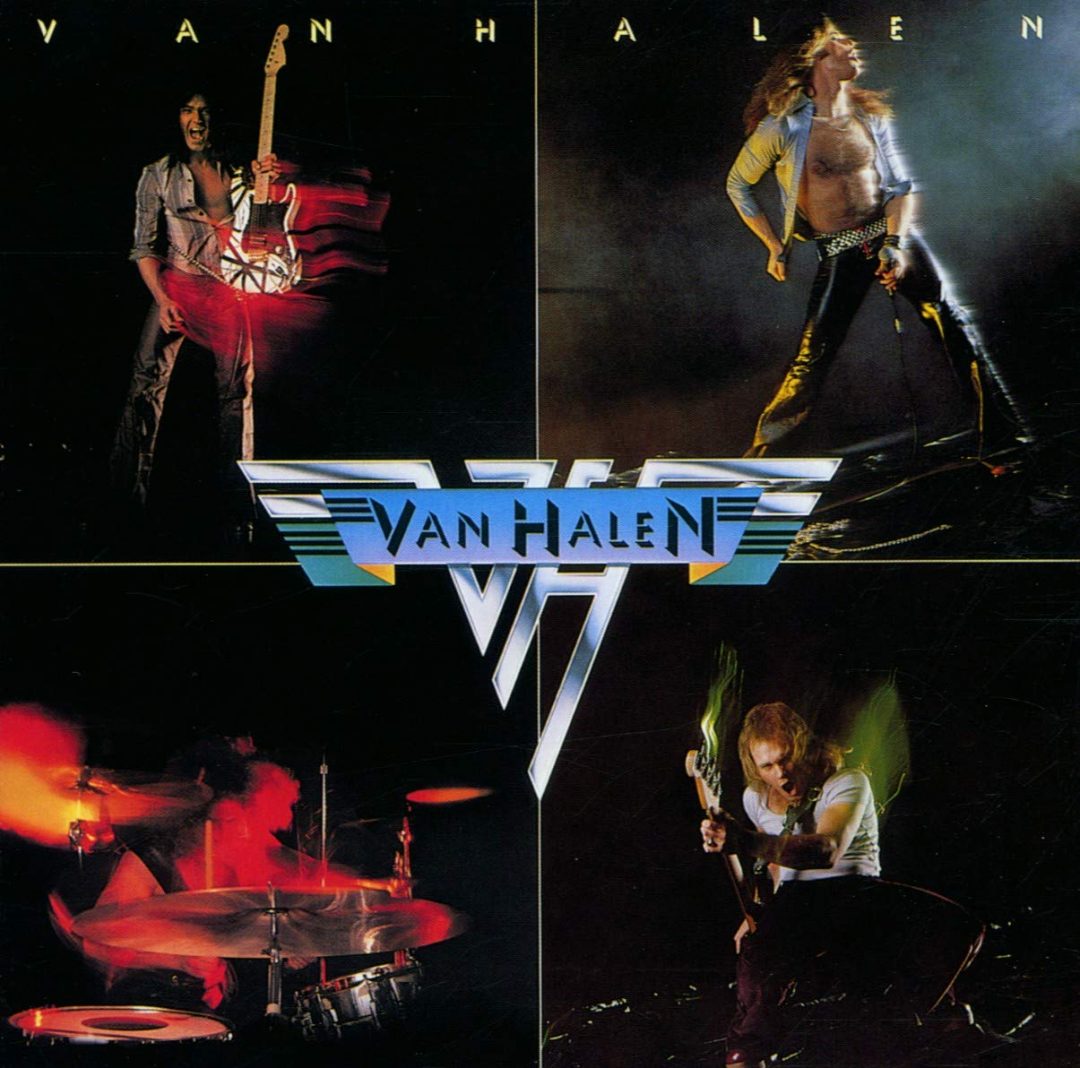 Van Halen took the industry by storm in many ways. For musicians and fans, the band’s signature sound revolutionized what it meant to play hard rock in the late seventies (and the band would continue to pave the way throughout the eighties). However, as is often the case for music and musicians that go on to change history, the critics who reviewed Van Halen at its debut in 1978 didn’t quite know what to do with it or how to place it. All they knew was that it was big and it was loud. Robert Christgau wrote in the Village Voice, “For some reason Warners wants us to know that this is the biggest bar band in the San Fernando Valley … The term becomes honorific when the music belongs in a bar. This music belongs on an aircraft carrier.” Richard Reegel of Cream even called the band dinosaurs and predicted they would find their “evolutionary fulfillment in a quick extinction.” Van Halen’s massive presence – in sound, in energy and in volume – may have been too big for the critics of 1978, but it would be one of the most influential and defining albums of its time. 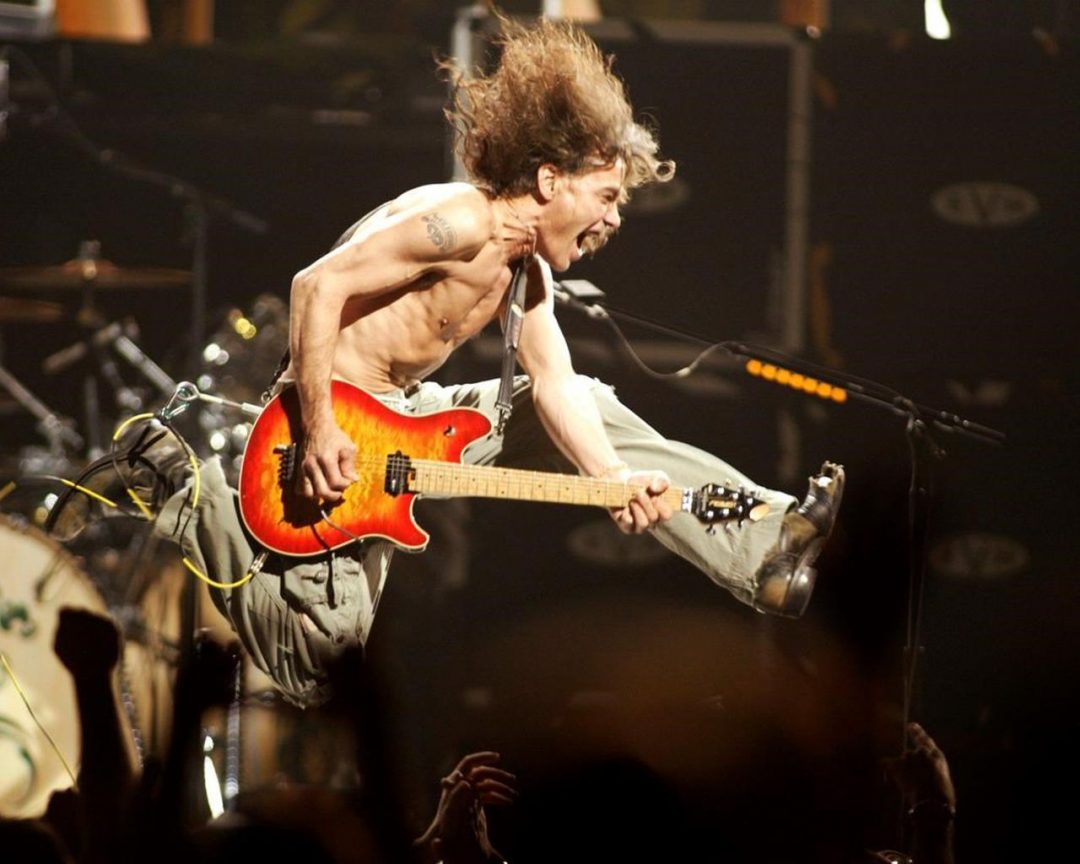 The album opens with what sounds like a warped car-horn followed by a thumping bass, announcing the commencement of the band’s hedonistic anthem, “Running with the Devil.” The song packs a hard hitting punch that showcases all of the bands talent, energy and personality. The second track, “Eruption” fully unveils the band’s dazzling guitar virtuoso. Following this unrestrained and supernatural display, the band returns to an aggressive and gutsy rendition of the Kink’s “You Really Got Me.” Eddie described the track as “Van Halenized like a jet plane.” Throughout the album, the band balances hard hitting rock and roll with colorful vocal harmonies. Roth’s whoops, screams and cheeky innuendos add another layer of personality to the tracks. From the kinetic shuffle of “I’m the one” to the old-timey opening of “Ice Cream Man” (before breaking into an explosion of heavy blues), the tracks of Van Halen blend past and present, a quality that has resulted in a seemingly timeless sonic quality to the band maintained throughout their career. It is forever, unmistakingly modern and thoroughly classic rock and roll.

Van Halen has proven to be one of the most influential debuts in rock music history, and also one of the most commercially successful rock albums of all time. It has sold over 10 million copies and been certified as a Diamond record by the RIAA. The band went on to be one of the biggest selling groups of all time, with several multi-platinum hits and even another Diamond record with the album 1984. VH1 named the band number seven on their list of the top 100 rock artists of all time, and in 2007, they were inducted into the Rock and Roll Hall of Fame. Van Halen’s first album kicked off this remarkable career with an explosion of sound, dazzling energy and spectacular musicianship, announcing to the world that Van Halen had arrived and rock and roll would never be the same.