We have got a treat for you! Our friends over at Waves have given us a first look at their brand new plugin, the CLA Epic!

Studio legend Chris Lord-Alge (Green Day, Muse, Bruce Springsteen) is a master at creating epic depth and dimension in every song. And now he is giving you the key to that depth: his complete suite of reverbs and delays, in one epic plugin.

CLA Epic features Chris’s 4 go-to delays (Slap, Throw, Tape, Crowd) and 4 go-to reverbs (Plate, Room, Hall, Space). All modules are based on Chris’s favorite studio gear, which he uses in various combinations in every one of his mixes.

Whether used on vocals, drums or other instruments – CLA Epic opens the gate to more depth in your mixes and productions. 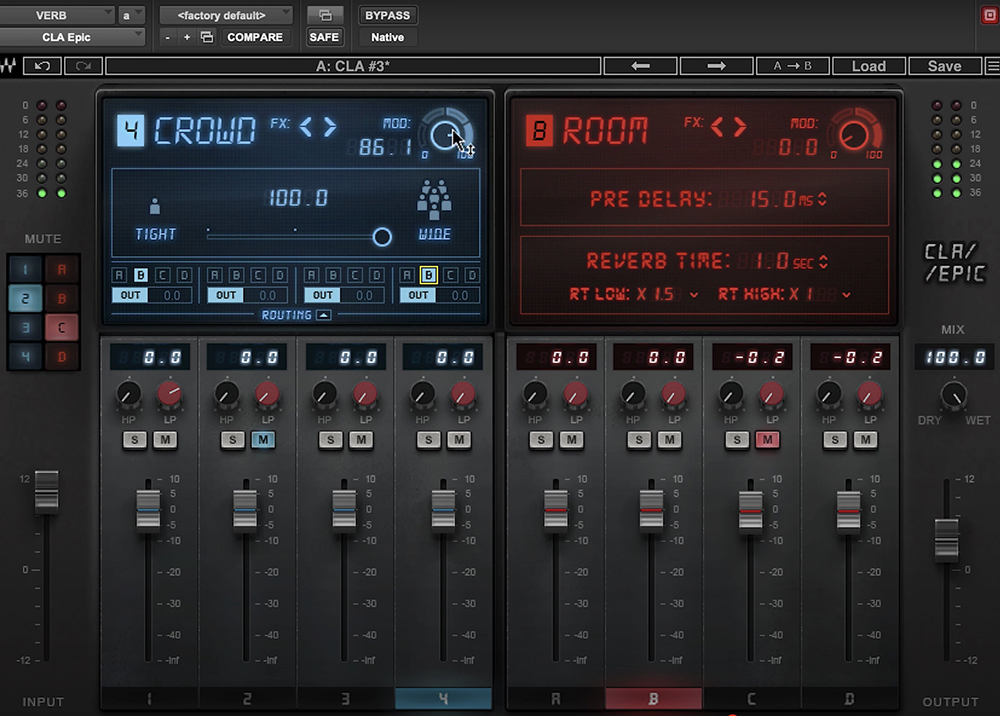 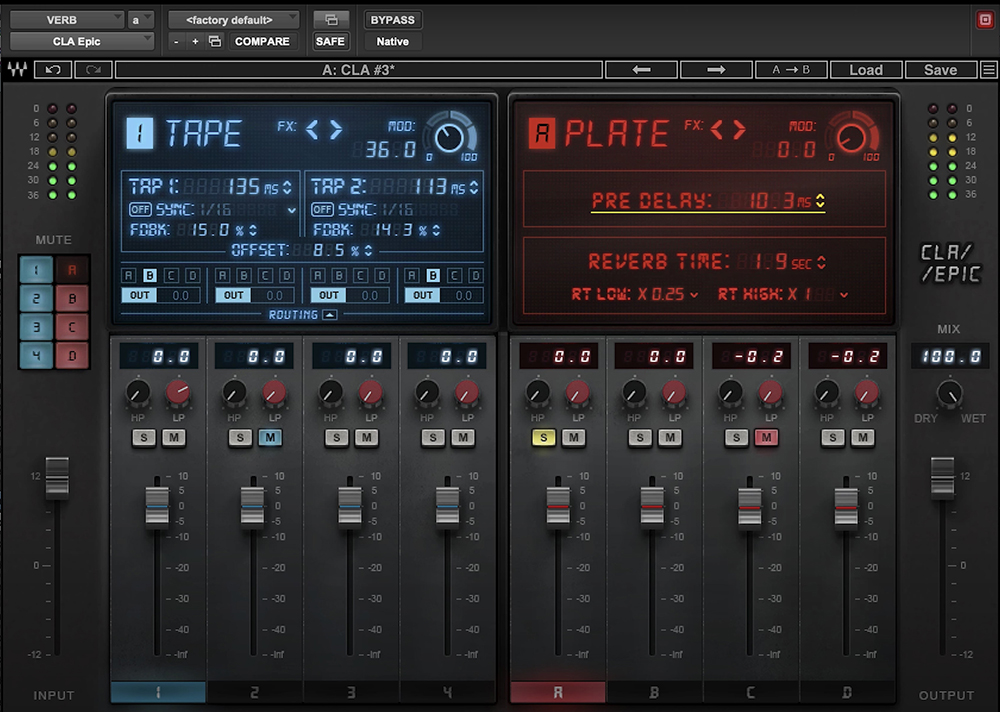 The key to CLA’s depth of sound is the way he blends multiple effects creatively – sending multiple delays to multiple reverbs on each track, and controlling the exact blend with his console faders.

CLA Epic gives you all these rich possibilities in one plugin. You can now blend CLA’s most epic reverbs and delays in the same creative manner. No need to open different effect plugins to get a rich landscape of sound: At any time, you can activate any or all of CLA Epic’s 8 effect modules, and blend them easily using the plugin’s console-type faders.

To make things even easier, CLA Epic always loads with Chris’s default settings for each effect. You can go deep and tweak all the familiar parameters (as well as some surprising ones). But first, simply load the default modules, blend in the different effects, and hear CLA magic in action. 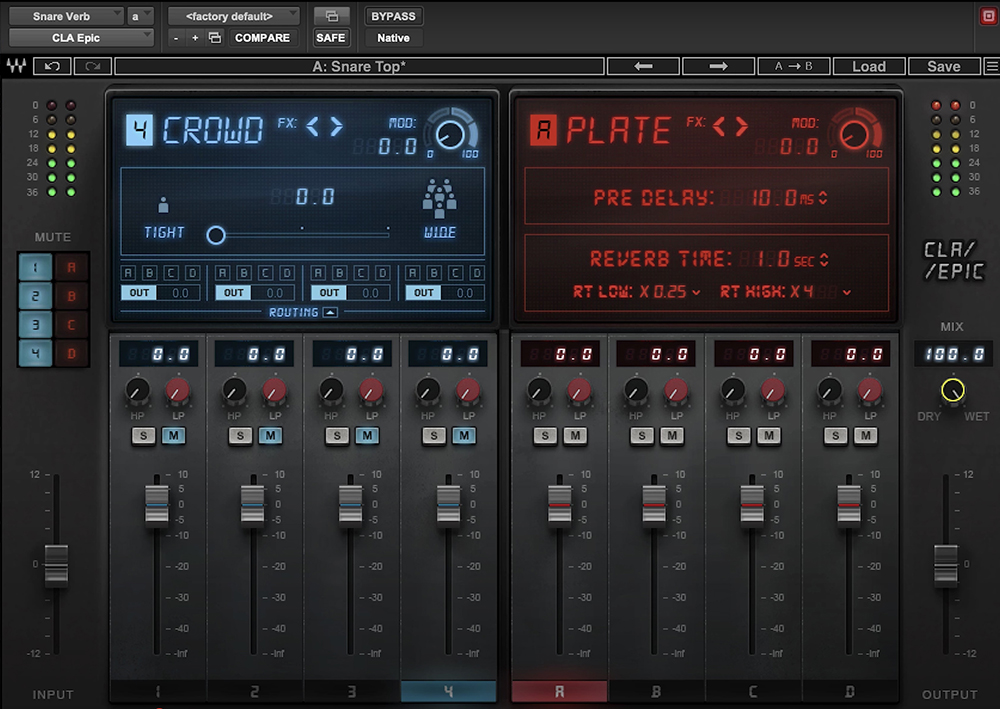 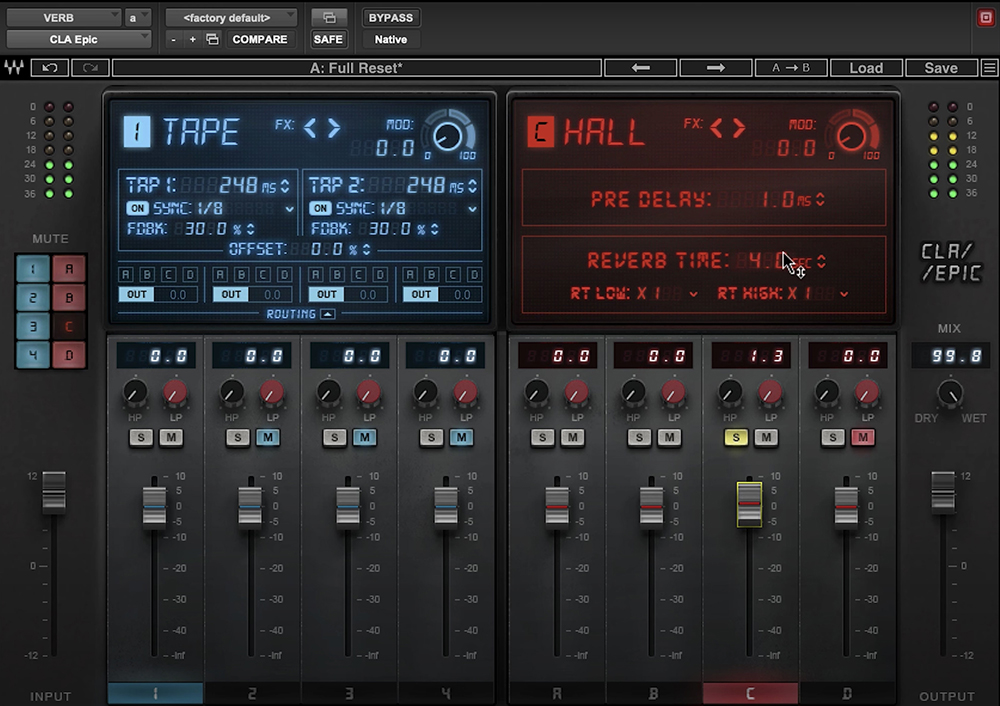 The Secret to Depth: Easily Send Delays to Reverbs

Chris Lord-Alge has an extra secret for mixing with depth: he sends his delays to his reverbs, so that the delays become part of the overall sonic landscape.

CLA Epic lets you send any delay to any reverb, in addition to the option of running the effects in parallel. With the click of a button, you can choose to send each delay only to the Output, only to (any or all of) the reverbs, or to everything at once. Effects routing that would take hours in your DAW now takes seconds. 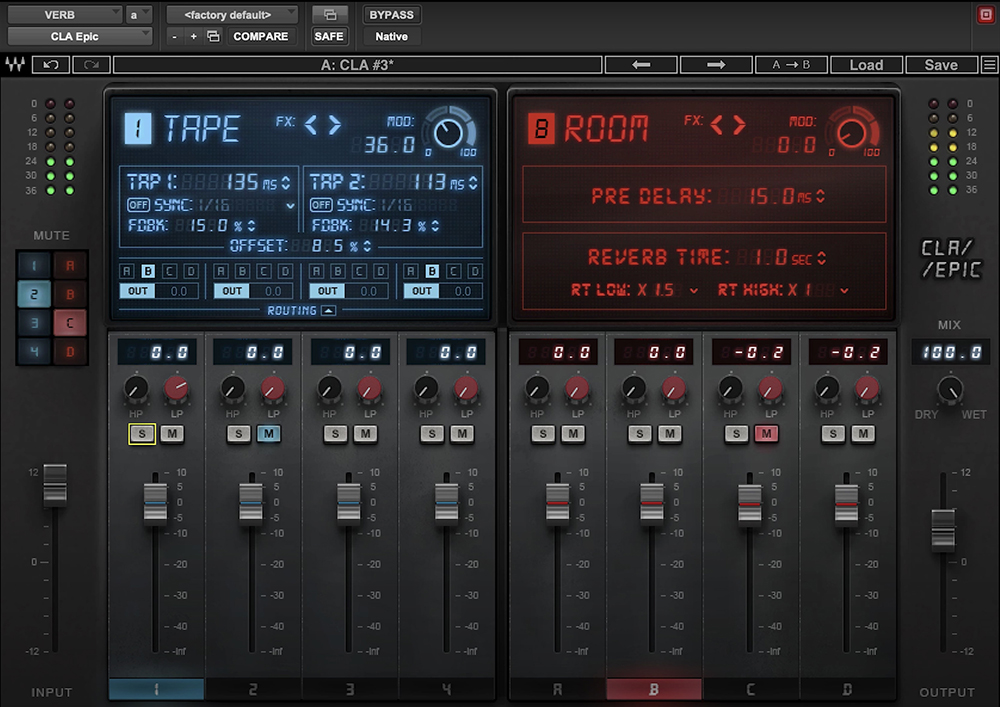 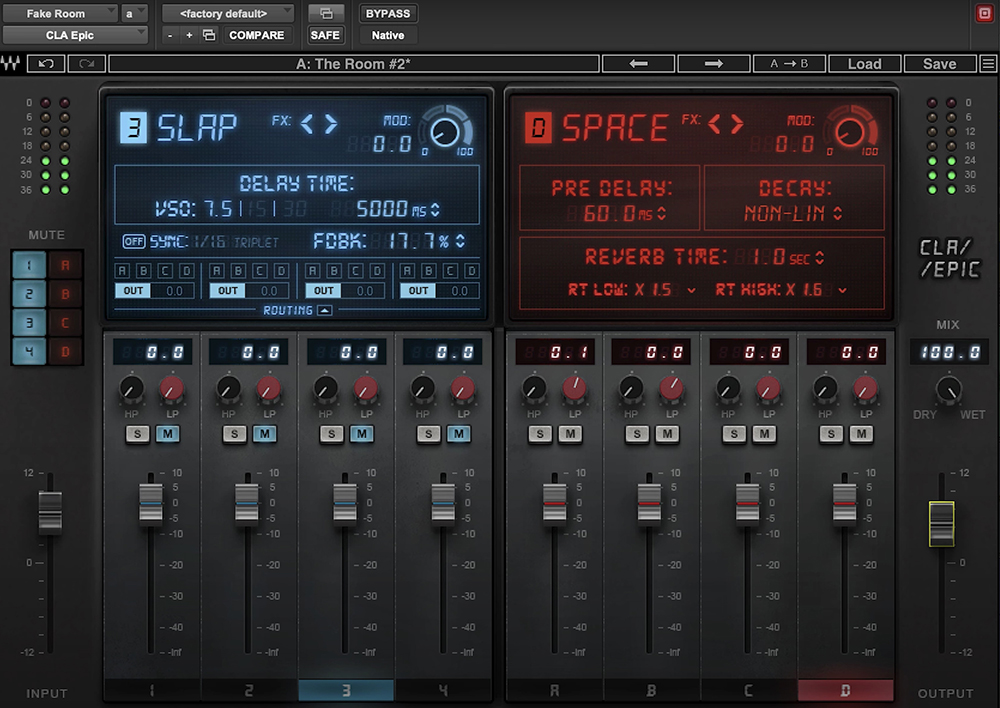 Over 350 Epic Presets to Get You Started

CLA Epic comes packed with 50 powerful presets by Chris himself – for your vocals, drums, guitars and keyboards. Not enough? The plugin also includes over 300 presets by Greg Wells, Michael Brauer, and dozens more top producers and engineers.

A quick look at the CLA Epic:

Greg Wells
“I’ve always admired Chris’s smart and subtle use of reverbs and delays: my favorite ‘verbs and vocal FX aren’t distracting, but you miss them when they’re gone. With CLA Epic, we as fans and music makers get to lift the hood on CLA’s mix genius and use these great reverb & delay tools for ourselves.”

Billy Bush
“CLA Epic has incredible depth and delay/reverb trail detail. Instant sonic and spatial bliss from the master himself! Like all of CLA’s plugins, it takes what would require an incredibly deep and complex combination of plugins to achieve – and places it in one elegant package. Easily the most comprehensive and well-executed combination of spatial tools out there.”

Chuck Ainley
“CLA Epic combines all my favorite effects processors into one plugin with an intuitive interface. If you can’t make something sound huge with CLA Epic, then I don’t know what you’re doing!”

Dave Darlington
“It’s a blast dialing up these effects that sound exactly like the great classic gear we all cherish. It’s impossible to make a preset you don’t love! The internal delay-to-reverb routing is ingenious, and the interface is so straightforward and easy. Thanks, Chris, for sharing this with all of us!”

Ken ‘Pooch’ Van Druten
“CLA Epic has the sound of legendary effect units. It will give your mixes the depth and width you are looking for.”

Emre Ramazanoglu
“This plugin brings together eight super-musical spatial effects – and a crazy-powerful interface to let you juggle and weave them into each other, in ways that would normally require complex routing. This is a gift that lets you imagine a space or atmosphere, and quickly create it. It can easily become your main source of ‘verb and delay for your entire production – but in one plugin. Amazingly powerful.”

Maor Appelbaum
“CLA Epic showcases a huge arsenal of proven-to-work reverb and delay combinations. You can always find more to work with. Sounds great and so easy to use.”