‘We Are One’ Mix Breakdown with FREE Multitracks

Welcome, my name is Ady and I’m a mobile record producer, traveling with my partner Kasia through the world, recording singles/LP’s with local artists to support their musical culture and heritage.

Today we present to you artists that we recorded during our journey in Morocco where we spent the past 2 years, recording and supporting artists during the most challenging times for musicians.

We are living in a camper van that is fully equipped with microphones, interfaces and basic equipment, ready to transform any house into a temporary record studio. 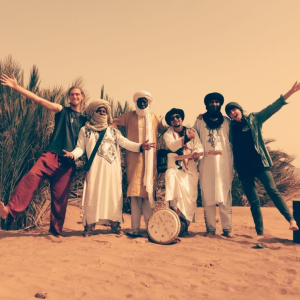 Music is the universal language that everybody understands and that’s why “Hit The Road Music Studio” started – to connect the world with the love of music.

Today we want to bring you the variety of music from Morocco closer and hope that you will discover new tunes for your daily playlist.

We recorded 50+ Music Videos and could make 2 LP productions for local bands happen thanks to our crowdfunding campaign, the videos can be found on our YouTube Playlist – Welcome and don’t forget to subscribe to our channel for the latest videos with artists world wide.

Let’s go to the Desert where we recorded bands like Daraa Tribes and Izouran N-Sahara, playing traditional sahara music with modern instruments.

Daraa Tribes lifes by the slogan: Peace, Love and Unity and every Band member is from a different tribe.

They have international experience and played tours with Vieux Farka (The children of Ali Farka) in Canada, America, Europe and Russia.

Apart from being wonderful musicians they are also the kindest people we probably ever met! After producing 2 singles and Music Videos together, we stayed for 3 months in the desert and always returned during our 2 year journey in Morocco, to record 2 live shows and more singles.

The band is now preparing their next Studio LP, recorded in North Africa’s biggest studio called “Studio Hiba” in Casablanca, equipped with the best gear and a beautiful SSL C200 Console.

Izouran N-Sahara is a younger Band straight from M’hamid El Ghizlane, the last city before the open desert starts. We could help them with our crowdfunding campaign to produce their debut LP “Tiznant” and bring it out to the world.

The LP made it even on place #28 in the transglobal World Music Charts and helped the artists to get booked for live shows in Europe.

We wanted to support the artists for a long term and decided to collect for LP’s instead of sending money as a professional LP will help them to make a living with their art and we are grateful that it worked out.

Izouran N-Sahara is playing more Blues Rock songs mixed with traditional music and a guarantee for a great evening. Together with online world music magazine “Rhythm Passport ” we organised even online festivals during the pandemic where Izouran N-Sahara participated. 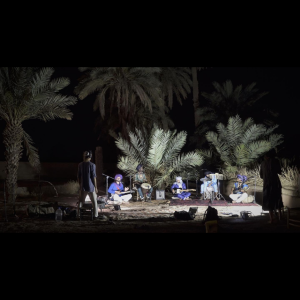 For us it’s important that the music we record has a message for the people to connect with.

Since 2018 we have been recording with the incredible Lala Tamar for the first time in Morocco, then we went to her to Israel and spent almost a year together in Morocco to record many live shows with world class artists like Mehdi Nassouli, Hind Ennaira and the queen of the desert “Mnat Aichata”.

Born in Israel’s Galilee to Brazilian-Moroccan parents, LALA Tamar discovered the mystery of the ancient Ladino hymns of her heritage when she was in her early twenties. Ladino, and more specifically Haqetiya, a unique dialect spoken among the jews of Spanish Morocco, perfectly fit Tamar’s hybrid identity; a woman rooted deeply in the cultural seam between Latin and Arab, Jewish and Muslim, between East and West.

Painstakingly transcribing the lyrics, Tamar’s journey to reclaim her heritage began. She delved deeper and deeper into these ancient melodies, becoming the first artist to start compiling an artistic album in this unique dialect. Tamar had to smuggle the recordings out of the Hebrew University by recording them on her cellphone, and was soon picked up by the Jerusalem band Z’aaluk

In parallel to her work with Z’aaluk, Tamar joined forces with Israeli flamenco maestro Ofer Ronen to complete the trio Ancient Groove, and performed with them all over Europe, including gigs in Spain, Holland, Portugal and Israel.

Tamar is also active in the Jerusalem collective Andalucious, noted for their rendition of Algerian classic “Hesbani” that has made digital waves, facilitating communication with Moroccan and Algerian fans every day.

Since then enthusiasm for Tamar’s voice and presence in her mother’s birthplace continues to grow every day.

In 2017 Tamar approached Ori Winokur, one of Israel’s most established producers (Asaf Avidan and the Mojo’s, Lola Marsh etc) to create a new album in Hakhetiya.

An explosive creative connection was established, Tamar bringing her powerful voice and feminine presence, with her unique foothold in the lost language of Hakhetiya and Ori bringing cutting edge Pop music production and dance floor groove.

Together we traveled for one month in our camper van and recorded with world class artists Mehdi Nassouli, the queen of the desert Mnat Aichata and visited Moroccan rockstar Jbara during his music video production. 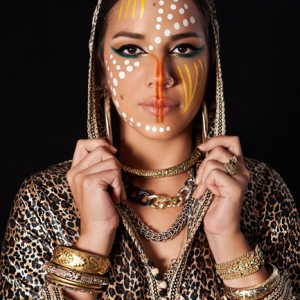 At the coast from Agadir you will find the grooves of Gnawa, Jazz and Rock music in the legendary Jazzawiya Club, hosting artists from all around the world.

Zegro Band has already played all the big stages in Morocco and the musicians are often booked for studio sessions as well.

Part of the Band is Aimad Kachina, the current African Percussion champion to spice up the rhythm section with Mehdi Sidine on the Drums.

This is also the second Band that we could support with our crowdfunding action to produce their debut LP and open the way to international stages. 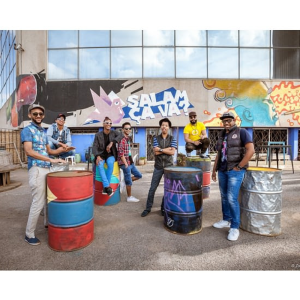 More artists that we recorded with

We recorded with so many artists and had an unforgettable time with all of them but there is simply no space to share every single story!

I want to send special thanks to the following artists that you can find on our YouTube channel, their Youtube channel, Spotify and many other platforms:

If you want to know how to get the best out with your home studio equipment, check out my Promix Academy tutorials where I guide you through the whole process from mic choices to mixing decisions.

I show you how we met the bands and worked in every changing environment to get the best sound possible.

In the mixing stage I show you how to start a mix, check for phase and make a decision to bring the mix towards your goal. We will always use new techniques and tools as the rooms are always changing so you will learn in general how audio and  a mix is working.

On top of that, the purchase of the tutorials helps us to move on with our artists support journey!

Thank you, wish you all the best and don’t forget to follow your dreams!