11 Mistakes To Avoid In Music Production

In today’s episode, we are going to be talking about the top 11 mistakes to avoid in music production.

Over the years the producer’s role has changed dramatically. There was a time when a music producer was essentially the person that put the whole thing together. The “production” if you like but not the production you see now, the classic production of hiring the studio, getting the best musicians, getting the arrangers to write string arrangements or parts for the musicians, hiring the engineer. The point is, that’s what the job of the producer was, it was overseeing everything.

These days the job of a music producer is so vast that it covers pretty much everything. As a producer, you can be expected to also be the engineer, mixer, songwriter, therapist, quite often the record label, co-promoter, social media manager and all kinds of fun or less than fun things.

Luckily for many of us, those are the kinds of things we love to do and we love to be challenged. However, that does create a lot of grey areas and it’s in these grey areas that things can fall apart horribly.

So let’s talk about the top 11 mistakes to avoid as a music producer.

1) Not understanding the artist’s vision.

This is the most important one for me. It is really important as a music producer to understand the vision of the artist. I know that sounds really obvious but you need to scrape the surface.

2) Not being honest with the artist.

You need to be honest with the artist if they are playing references with huge open sounding vocals over a single acoustic instrument. But they want death metal or a huge EDM track, You need to say to them “it’s not going to be possible to have an open sounding vocal in a dense track.” You have to be honest with the artist you can’t say yes just to get the gig.

3) Don’t be tactful, know how to communicate.

This is huge, as an engineer, I’ve been in so many rooms where I’ve watched the producer and the artist, singer, guitar player get into fights. I’ve been in situations where I have been less than tactful and they have always backfired.

I have been doing this for years now and I have learned to communicate. The way to do it is to find what you do love about something and bring that to the floor because you want to empower the artist.

4) Not being responsible and reliable.

When someone hires you and pays you money, it may not be the biggest sum in the world but for an artist, they may have saved for months to be able to go into a studio and work with you.

If you are showing up after them, not giving them the time and sitting on your computer playing games or facebook, that doesn’t work. This is someone’s whole life, their art, their career and they’re putting it in your hands. They’re paying you for your time so give them your attention.

5) Always having an opinion.

One of the things I have learned over the years is that a producer doesn’t always have to tell the artist that something could be better or different. An amazing skill set is to only step in when necessary; you don’t always need to have something to say.

6) Releasing the song before being paid.

This is tough and difficult for many people to understand, quite often we end up creating great relationships with artists. But you have to remember it is still a business.

If you’re making a recording and let’s say its $2000, for the recording. I highly recommend taking $1000 upfront. Then make an agreement that you will receive your $1000 backend when you finish the recording. Do not send the final mixes until you get paid the back end. 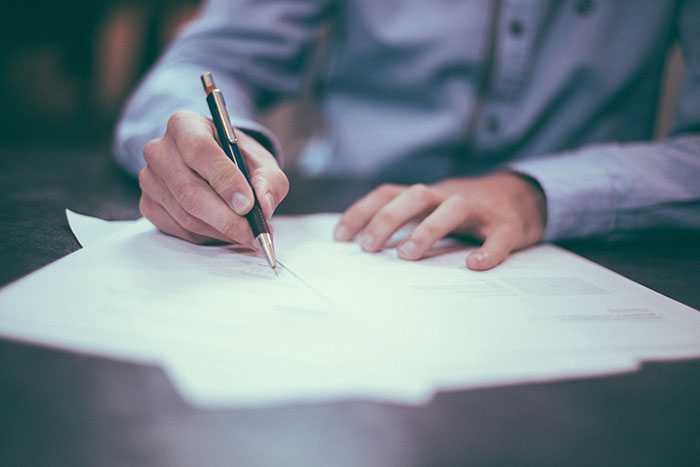 7) Working without a contract in place

This is a big deal because not everybody has money for legal requirements. When I started mixing I paid a lawyer as much as I could afford to do a one-page agreement that had blank spaces for basic deal points, the amount they owed me, the number of songs, and the front and backend payments. That way the terms were always agreed to upfront.

I have made this mistake in the past and would get worked up with everything. All I cared about was the music that I was making, I was so massively and emotionally invested in it. If I didn’t get my proper credit and everything that I felt like I deserved then I would get angry.

9) Altering the term of the agreement after recording.

I often get hired for these roles because I know how to produce, play multiple instruments, write songs and know how to communicate with singers. So I’m hired as an engineer with the expectations that I’ll do a lot more than just engineer.

I’m aware of that and so if I’m hired as an engineer I know that going in. If I decide to then go in and produce the tracks and be involved with the arrangement. I cannot complain halfway through the record that I’m doing more than I’m being credited for. I knew from the beginning what I would be credited for.

10) Using samples of other works without clearing it first.

If you’re going to use other people’s music other than your own, wherever it’s coming from, you need to make sure it’s cleared and credited; Both of those things have to be done.

That person or people who created the music are inspiring you to write new music; they are cowriters of your song. Make sure you clear it, figure out the right percentage and do everything above board because if not it will come back to bite you pretty badly.

11) Believing you have to make everything perfect.

It is really easy to get obsessed with small imperfections that you may hear in solo. You’ll sit there and start removing some slightly aggressive low end that you can’t hear in the track and you end up with a track that has no energy or excitement.

Watch the full video below for a more detailed explanation of each mistake!