Getting Credit on a Major Label Release

For producers, engineers, and musicians, getting proper credit forms the foundation of a career. Credit, or lack thereof, can quite literally be the difference between being busy or waiting around for a gig. Particularly as engineers, getting credit on a major label release is our résumé — it shows people what we’ve done and can instill confidence in potential new clients.

The importance of credit — whether as producer, engineer, or anything else — cannot be understated. It’s inevitably one of the ways we develop a reputation for ourselves. Credit even determines royalty payments in some cases and eligibility for awards like the GRAMMYs.

Why is credit so complicated?

Back in the day, extensive liner notes were commonplace. You could easily identify the personnel on virtually any album from the ’60s through the early 2000s by simply opening up the record and going through the liner notes.

At the time, gathering accurate credits was standard practice, partly since the business was less fragmented overall. You generally had fewer people involved in a project. Not only that, but their roles were typically more definitive: artist, musician, producer, engineer, assistant engineer, etc.

In the studio, oftentimes the assistant kept notes on the project, including everyone’s contribution. You might even have a production coordinator from the record label keeping track as well. The project’s producer generally kept some record of who did what, too; so, you had more than one person keeping tabs!

These days, we tend to have more data and more complicated job descriptions. It’s not uncommon for studio personnel to wear more than one hat, which gets tricky come time to attribute credit.

On the other hand, artists might bounce around between different studios. If they’re just recording some simple overdubs, they might not necessarily need to work with the same engineer each session. Now you have perhaps several people, across multiple studios, who could potentially be credited as an engineer on the project.

To make matters worse, credits are often put together after the project by somebody not involved throughout the process. It’s a recipe for errors, omissions, incorrect job descriptions, and more.

Since a credit on a piece of music is the permanent record of everyone’s involvement, it requires care by the record label to ensure everyone is recognized for his/her contributions. Unfortunately, that isn’t always the case. You have to be your own advocate if you want to see your name attached to a project. 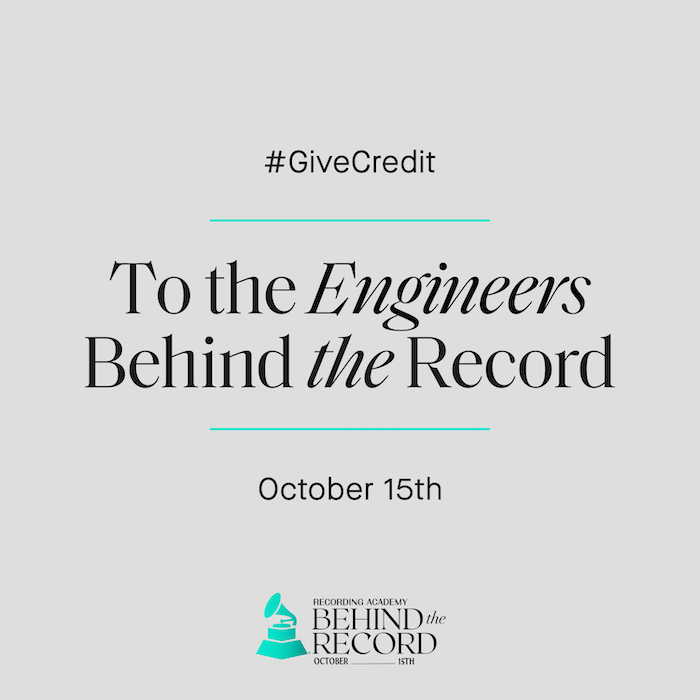 A freelancer hired by a record label to work on a project probably doesn’t need to worry about credit. In that position, they’ve had to have already developed a reputation and established connections with labels and artists. This person would have the opportunity to discuss their role and ensure they’d be credited before the project even starts.

For on-call/staff engineers working at a particular studio, extra steps need to be taken to get credit on a major label release. For example, I work at a boutique studio here in Los Angeles. Technically I’m a freelancer, but I call this studio home and am part of our on-call staff.

Our bread and butter are independent pop/hip hop/R&B artists, but we frequently work with labels both big and small, like Republic, Atlantic, Alamo, Dirty Hit, and others. So what happens when Republic books our studio with one of our engineers?

If I get booked as engineer on a label session, credit is immediately in the back of my mind. As a relative newcomer to the profession, I’m eager to start building my résumé and keen for opportunities like these. I know I’ll be responsible for tracking some vocals at the very least.

Who generally submits credit for release?

It’s important to understand whose job it is to make sure studio personnel on a project get credited. Traditionally the producer is responsible for submitting credits to the label. This role has become much less traditional in recent years, though. Many artists are self-producing, or there may be multiple people responsible for overseeing a project. The lines get blurred.

Artist management and the A&R department at the record label can also submit credit to the overall production coordinator, if there is one. These are primarily the folks you’ll want to buddy up with when it comes time to ask for credit as a non-royalty receiving engineer.

However, the studio isn’t always the place to discuss your credit for a number of reasons, not to mention the fact that management or A&R might not even be present. If your studio gets booked as a one-off for an artist doing overdubs to finish up a project, you should focus first on engineering the session and then getting credit later.

So what’s a more appropriate way to go about it?

Get to know your booking manager

Whoever handles the bookings at your studio — be it a booking manager, studio manager, front desk assistant, whoever — has the contact you’ll want. Many times either the A&R or manager will make the call or send the email to schedule time for their artist.

If the booking manger is at liberty to provide an email address to you, that’s great! Or perhaps they’d be able to submit a request on your behalf. Either way, this person will likely have the contact person(s) who can receive and subsequently accept/deny your credit request.

I’m in the extremely fortunate position of being both an engineer as well as a booking manager. I’m in direct contact with management or A&R when they first reach out to schedule sessions, and I have their info on file when it’s time to request credit. 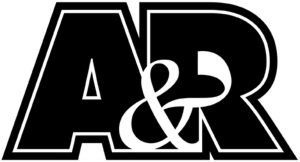 In many cases you won’t know if your work will even make it to the album until after it’s released. You haven’t been involved in the entire project from the jump; you’ve just contributed to a handful of sessions while the project was underway.

That’s okay, because it isn’t too late to claim credit if you hear something you recorded make the cut. The prevalence of streaming over physical copies means you can still get your name on Tidal, for instance.

An example: I engineered a vocal overdub session for an artist back in February. I’d mostly forgotten about the project until it was released in August, when I heard each of the songs I worked on. For one of the tracks, I recorded the whole feature and a verse.

I’d felt my contributions were worth requesting credit. Be honest with yourself when making the decision to ask for credit from a major label, and most importantly, be honest with the label about what you contributed!

Ask and you shall receive.

I went back through the booking details and found the A&R person who originally booked the session and sent a friendly email asking for engineering credit. I was honest and forthcoming about my contributions to each of the songs I worked on, naming the titles and what my role was (tracking).

After about a week of silence, I followed up. I then got confirmation from the A&R assistant that my request was accepted and submitted to the production team for finalization. I received the generous credit of ‘Vocal Engineer’ for both tracks. It felt like a stroke of luck, but I realized all I had to do was ask.

I’ve also been denied credit. This was for a song I recorded and mixed. It was for a smaller, but successful label who actually released the rough mix the artist took home from me that day.

I went through the same process of reaching out to their A&R department, explaining how I’d recorded and mixed the single they’d just released. It took a few different contacts for me to finally get a response. Being a polite, but persistent self-advocate is necessary sometimes!

When I finally got the rejection, the answer was interesting. Clearly, I’d contributed enough to the song to be considered. However, I was told the label’s distribution service didn’t have room in the metadata for engineers; only the artist and producer(s) could actually receive credit on digital platforms. In the future, they said, they’d upgrade their distribution for more space in the metadata.

This is part of the unfortunate reality of today’s crediting. As an anonymous engineer in the world of digital streaming, it’s quite common to go unrecognized for your work. While somewhat discouraging, it’s certainly no deterrent in continuing to do better and better work everyday, no matter who the client is!

For those of us fortunate to be working in studios with label traffic, getting credit for your work is important. On projects using different studios and engineers apart from the ‘main’ guy or gal, it’s a real possibility we’ll get to work on something that sees the light of release day.

In sessions like these, it’s essential to read the room and know your place. The label booked my studio, not me, in the situations I’ve described. It would be inappropriate and frankly weird to demand credit in the middle of session like that.

In my opinion, following up with A&R or management after a session or after release is an innocuous, low-risk, and potentially high-reward way to begin establishing yourself. And who knows, it could lead to much, much more!