A Beginner’s Guide to Sidechain Compression

Sidechain compression is an intermediate level mixing technique that allows you to set an alternate input signal source from the track on which the compressor is inserted. For instance, if you place a compressor on the bass guitar and “sidechain” or “key” its input to the kick drum, the compressor will only work on the bass each time the kick drum hits. It’s very useful for creating space in a mix by ducking other elements, or to add rhythm and excitement to a track.

How to Sidechain Your Compressor

It varies from plugin to plugin, but the idea is the same. You’ll first need a compressor that supports sidechaining. The stock Pro Tools and Logic Pro X compressors earlier both include a sidechain input. Of course, other DAWs like Ableton, FL Studio, and Cubase also come with stock compressors featuring a sidechain.

The next step is to add the compressor the channel you want to compress. This will depend on what you’re trying to achieve, but for now we’ll stick to the kick drum/bass technique for the sake of simplicity. In this case, you’ll put the compressor on the bass track.

Done correctly, the compressor should be receiving its input signal from the kick drum, while compressing only the bass track. You’ll want to adjust the compressor’s parameters to taste depending on how much you want to duck the bass every time the kick plays. Generally, a fast attack will work well for this technique, while the release depends on what you’re trying to achieve.

Duck the Snare in the Overheads

Duck the Guitar from the Vocals 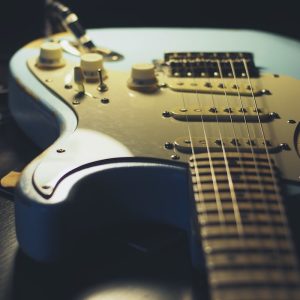 Make Your Own De-Esser with Sidechain Compression

Create Maximum Room for the Vocals

If you find your vocals buried under a mountain of instruments, you might try sidechain compression to solve the problem. In the same way you’d sidechain the vocals to the lead guitar, sidechain them to any offending instrument in the mix. For example, you might put a compressor on the guitars and keyboards, using the lead vocal track as the sidechain input. Every time the lead vocals play, the keyboards and guitars will duck into the mix, leaving space for the vocal.

Noise Gate Sidechain: Add a Sine Wave to a Kick

Instead of using sidechain compression, you’ll now be using a gate’s sidechain. Key the input to your anemic kick, and you’ll be on your way to a meatier, low end monster. You’ll want to adjust the gate’s parameters so that the sine wave only sounds when the kick drum triggers it.