Most of today’s DAWs are cross-platform, making it easy to choose if you’re running PC. Some titles are Mac-only, like Apple’s own Logic Pro, but for the most part options won’t be limited if you’ve chosen Windows as your primary platform. In fact, one of the best DAWs out there is actually Windows-exclusive—and it’s totally free.

Choosing a DAW for Your Project

The biggest factor you should consider before choosing a DAW is intended use. Some DAWs cater towards electronic music producers, some towards songwriters, some towards ‘professional’ users like engineers and mixers, and more. Each DAW has its own strengths and weaknesses, in which the strengths indicate its primary use.

Another important factor for most people is cost. Apart from the free DAWs, you’ll find the prices across different softwares to be comparable. Most of the major DAWs offer tiered packages where you can get the barebones version for around a hundred bucks, while the most complete version weighs in at up to several hundred dollars. Again, intended use comes into play here. If you’re getting into your first DAW to test out recording and production, you may not need the professional package.

The good part about music production software these days is that they are very few operating system restrictions, so you can take your pick of the industry’s finest. That said, Windows arguably has an advantage over Mac just with Cakewalk by BandLab—one of the best free DAWs for Windows only (more on that later!).

Without further stalling, and in no particular order, here are some of the best DAWs for Windows!

You can thank the makers of Ableton Live for that massive library of music editing apps out there because this is where it all started. After its introduction onto the scene back in 2001, Ableton changed the expectation of what a standard DAW could be. Ever since, it’s gained massive popularity and inspired dozens of software and music apps like it.

At its core, Ableton is an all-around great multi-track recording and editing tool. Where it stands out is in its MIDI sequencing, where other platforms can make a mess of things. Depending on which of the three packages they offer you choose from, the program comes up to 70 GB worth of sounds, 13 software instruments, 41 audio effects and 15 MIDI effects.

Of course, it’s PC-friendly, making it one of the best DAWs for Windows out there. 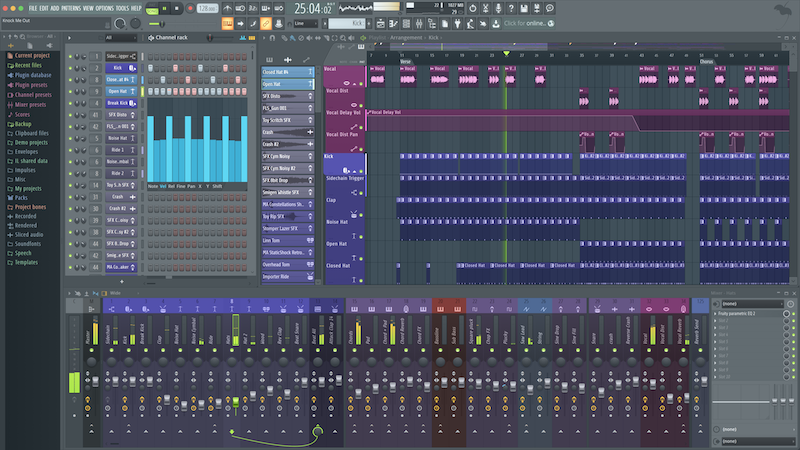 If you’re interested making music, particularly electronic-based productions, you can’t go wrong with Image-Line’s FL Studio. Originally known as Frooty Loops, this four-channel drum machine-turned DAW has made quite a name for itself as high-profile artists like Deadmau5 started advocating its use. This program has come a long way since it’s beat-making days and offers full ability to compose, arrange, record, edit, mix, and master music. 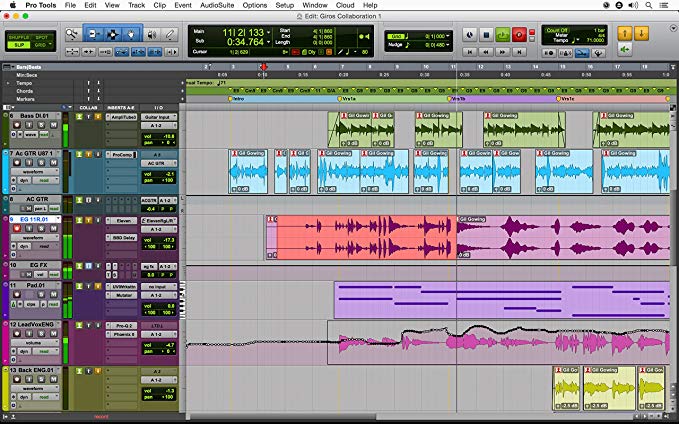 If you ask the average musician about recording or mixing, chances are Pro Tools will come up. In some respects, Pro Tools has become synonymous with recording software for most of the industry — although there are many who would disagree with its worthiness. That being said, there’s no doubting Pro Tools’s power for multitrack editing, mixing and recording.

Whichever DAW you end up with, as a friendly suggestion we’d recommend familiarizing yourself with this program. If you’re sharing files with other engineers, you’ll most likely come across Pro Tools-based sessions

It’s the long-reigning industry standard, and of course includes PC compatibility, making it one of the best DAWs for Windows you can get.

PreSonus Studio One is another excellent choice for a Windows-based DAW. Studio One offers the complete experience. Sharing in something like Logic Pro X’s intuitiveness—which is Mac-only—Studio One keeps the artist in mind; not everyone wants to be an engineer, after all!

Often unmentioned in the list of “major” software, Reaper is an incredibly inexpensive, fully-functioning DAW for Windows and Mac, and even Linux. Its efficient 64-bit internal audio processing engine supports media in almost format at any bit depth and sample rate. 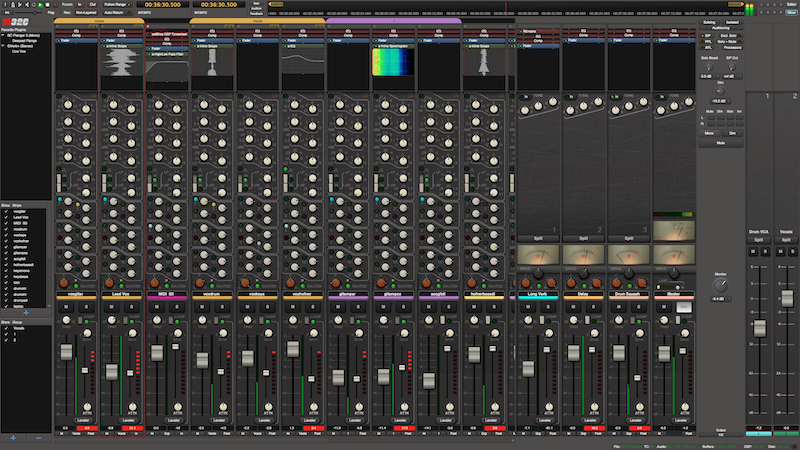 If you’re looking for the analogue feel in the digital realm, Mixbus is definitely worth a shout. Of course, it’s compatible with Windows, too!

Cubase is a fantastic, if not underrated, DAW. From recording, production, and mixing, Cubase handles it all effortlessly with a unique and intuitive workflow for both professional and hobbyist users alike. One really nifty feature introduced in version 11 is the Scale Assistant for MIDI programming. It can either analyze something you’ve played and suggest a scale, or you can set the scale to know which notes to play and which ones to avoid—amazing tool for producers.

Bitwig Studio is a fairly advanced DAW aimed primarily at producers. Features like ‘The Grid’ make it a sound designers playground; it’s essentially a window containing a grid where each space can be a different instrument or effect for fully modular sound creation.

Reason is another piece of software targeted at electronic producers. At the core of the software is the Virtual Studio Rack where you have access to all of the synthesizers, drum machines, samplers, and other instruments/effects that Reason offers. It also runs as a standalone DAW or can even be used as a plugin in a different host DAW.

Mixcraft keeps songwriters in mind. Its unique workflow strives to be one of the easiest and most intuitive there is, so even if it’s your first time navigating a DAW you’ll be sure to catch on quickly. We have to remember that a DAW is just a tool, but it can be a hindrance if executing essential functions are clunky or confusing. Mixcraft seeks to resolve that to make sure creatives stay creating. 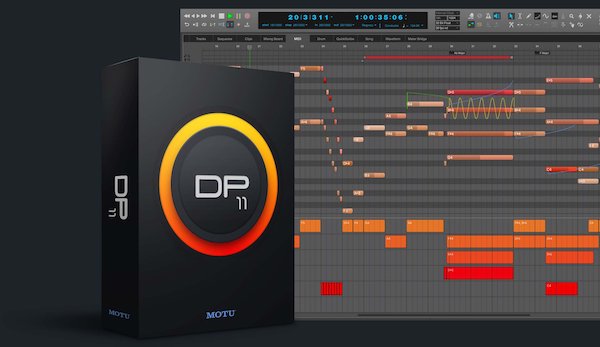 DP is a complete DAW for production, recording, editing, mixing, and mastering. It’s a highly customizable world where you can change themes, change waveform color, change meter color, customize the control panel, and more. If you’re looking for an all-arounder, Digital Performer can handle virtually any task with ease. 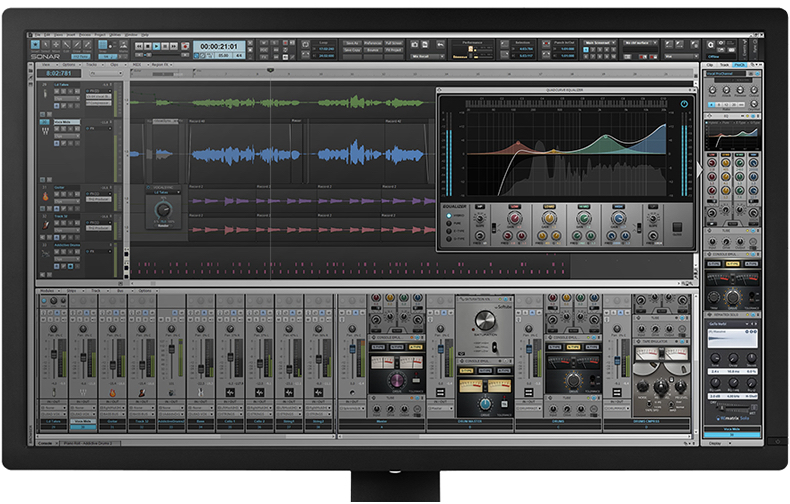 As a PC exclusive, Cakewalk is one of the best DAWs for Windows money can buy. Except you don’t have to buy it, because it’s free, making it a $600 value!

The current Cakewalk is based on SONAR Platinum which came before it. It’s a complete professional system for recording, editing, and mixing audio and MIDI.

One of the most popular open source programs for many years running has been Audacity. Currently on version 2.3.2, Audacity is compatible with Windows, OS X and Linux operating systems, ensuring access for all users. If multitrack recording and editing seems like it’s for you, try it out with Audacity before dropping the dough on expensive software. Like we said, some of the best recording software is totally free!