Most major DAWs are cross-platform, meaning your options aren’t limited by the type of computer you’re running. This is great because it evens the playing field whether you’re comfortable on Windows or Mac operating systems. Apple users do have a slight advantage with Logic Pro X, which is arguably the best DAW for Mac as one of the few operating system-exclusive DAWs available.

Whatever software you choose, your options aren’t limited as an Apple user!

Things to consider when deciding on a DAW

The most important factor to consider when choosing a DAW is the intended use. Some software works best for production and MIDI programming, some works best for recording and editing/mixing audio, and some are all-around. Fortunately you can always get the job done with just about any DAW, but the workflow and how you get to the end result is going to be something you want to discover for yourself.

Luckily most of the major DAWs out there are cross-platform, so even though this is an article on Mac-compatible DAWs, you likely won’t be limited by the type of computer you use. Ultimately, operating system shouldn’t be a big consideration, which is great!

Naturally, another big consideration is cost. There’s actually quite a bit of variety when it comes to price point, and we’ve included all the best DAWs for Mac at various costs. 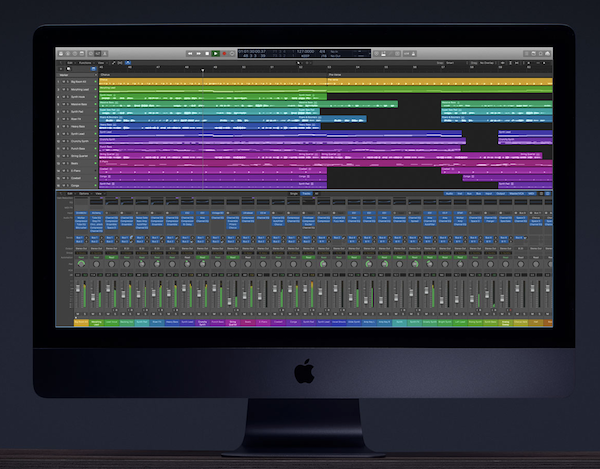 One of the biggest advantages Logic Pro has over other DAWs is a massive built-in virtual instrument and audio loop library and excellent MIDI capabilities. If you lean more towards the creative side of music production rather than technical, Logic is an obvious choice. It has an intuitive, attractive interface as well, which is a factor when searching for your first DAW.

Logic is a great all-around DAW, though it leans toward music production and songwriting. The included Drummer instrument for example, which automatically grooves along to your song, is designed to help write music efficiently.

If you’re a producer and songwriter running an Apple machine, consider Logic for your audio needs. Its cost is attractive as well, particularly for what you get in stock plugins and instruments, making it the best DAW for Mac all around. 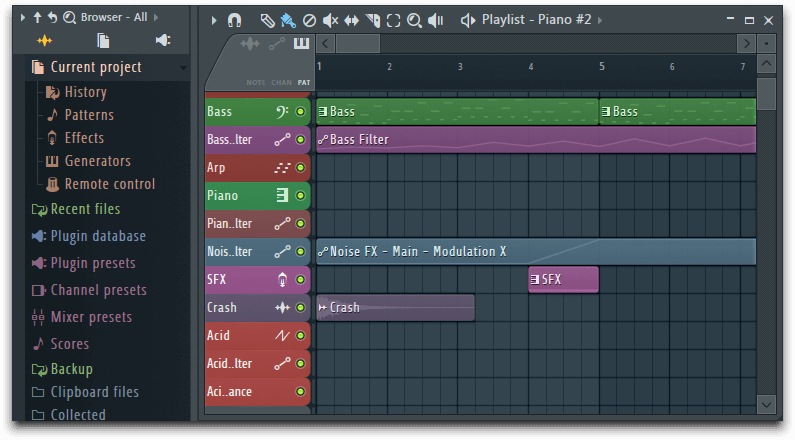 FL Studio is a standout choice for electronic and hip hop producers. Its workflow is one of the most unique out there, really lending itself to making beats quickly. Of course, it’s evolved over the years to be a capable audio editor and mixer, though it still shines primarily as a production tool.

If you’re interested in music making, you can’t go wrong here. FL Studio has come a long way from a four-channel drum machine to a full-fledged DAW.

FL Studio was previously Windows-only, though it has since opened up to Mac users, so it’s a notable choice here.

For electronic music production, FL Studio is perhaps the best DAW for Mac. Plus, it has a bunch of price points for whichever suits your needs.

Reaper sometimes flies under the radar. It sort of has an “underground” following of devout users, but doesn’t always get the love it deserves. Reaper is an inexpensive, fully-functioning DAW. Its efficient 64-bit internal audio processing engine supports media in almost format at any bit depth and sample rate.

If this sounds like gibberish right now, just know that it’s a very capable program, and maybe the best DAW for Mac at its price point. There are no operating system limitations with Reaper!

Perhaps the biggest drawback with Reaper is that it doesn’t come with any of its own virtual instruments. If you plan to produce music, you may have to look elsewhere if you don’t plan on buying any third-party instruments right away.

Ableton really stands out in its MIDI sequencing. Some platforms are just plain clunky compared to Ableton’s workflow. Depending on which of the packages you choose from, the program comes with up to 70 GB worth of sounds, 13 software instruments, 41 audio effects, and 15 MIDI effects.

Ableton is a clear choice for EDM, hip hop, and other electronic-based music production. The Intro kit, starting at just $99, contains everything you need to get started. 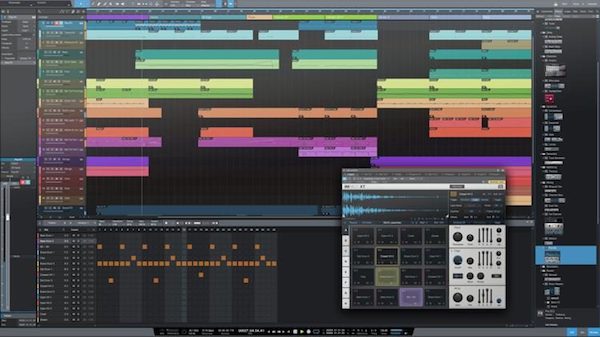 PreSonus Studio One 5 is another good choice for music production, offering a the full DAW experience. Sharing in Logic Pro X’s intuitiveness, Studio One keeps the artist in mind; not everyone wants to be an engineer, after all!

Features like “Arranger Track” and “Scratch Pad” allow users to make quick adjustments to arrangement or audition composition changes without committing to them. This makes Studio One great for composers working with dense arrangements. Additionally, Impact XT and SampleOne XT are new virtual instruments as of version 4, intended for beat-making and loop-based composition.

Studio One Prime is the DAW’s free version, with the Artist version coming in at just $99.95.

Cubase, now in its 11th version, is the culmination of nearly three decades’ worth of Steinberg’s design and development expertise in music production. A cutting edge, highly capable DAW, Cubase is utilized by a everyone from hip hop producers to film composers, and anyone in between. 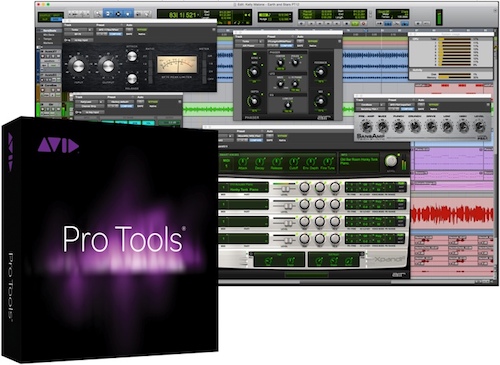 Avid’s Pro Tools is an industry leader. You’d be hard pressed to find any comparison like this which doesn’t mention it. It excels at tracking, editing, and mixing, so it’s obvious why the DAW is considered a gold standard.

At first glance it looks a bit daunting, but then again so does any audio editor and mixer. Once you’ve spent a bit of time with Pro Tools, its power becomes evident. Where it falls short, in many people’s opinions, is in the MIDI sequencing and music production arenas. It just doesn’t cater to quickly building a song in the way some other DAWs do, and the included virtual instruments are limited.

If you’re going to be tracking live audio and mixing all the time, however, Pro Tools is the best DAW for Mac or Windows!

Reason 12 runs as a standalone DAW, as well as the Reason Rack plugin for any other DAW. The plugin portion is a sound design and beat-making tool that includes instruments, effects, drum machines, and more for fast and intuitive production. As a DAW, Reason 12 is a powerful creative tool with all of the main features you’d expect from a modern DAW. It definitely leans toward the creative/production-minded users.

Bitwig is an extremely flexible, modular piece of software containing both linear and non-linear workflows. It’s great for sound design, live performance sequencing, recording, and many other uses. The DAW also has a very powerful built-in sampler. Overall, Bitwig is great for production and sound design usage.

Mixcraft calls itself “the musician’s DAW.” The software was created by musicians, and as such it has a very user-friendly workflow for quick results. It touts itself as allowing creatives to record and mix in record time, as well as complete intensive editing processes like time-stretching and pitch-shifting fast and easily. If you’re a songwriter recording live instruments, Mixcraft would be a great choice.

Right off the bat, if you own an Apple computer or mobile device, you also own Garageband. It’s free and a surprisingly capable DAW. A stripped-down version of Logic Pro X, Garageband is the perfect place to tinker with tracking, MIDI, and mixing before taking the plunge with weightier software. Its intuitive design makes it easy for beginners to jump in and test the waters.