In this Soundtrap review, we’ll examine the leading online DAW that allows you to make music right from a web browser.

Soundtrap is a “freemium” online DAW. It lets users record music or podcasts from their browser, and includes features for remote collaboration with others. Soundtrap was founded in Stockholm, Sweden in 2012 by a group of five developers who wanted to democratize recording, making it easy and accessible to anyone.

Soundtrap Studio beta launched in 2013. It became the world’s first web-based, cross-platform, collaborative DAW. The next year, Soundtrap was featured at Google I/O for its ground-breaking technology and collaborative features. In 2015, Soundtrap won the American Association of School Librarians (AASL) award in “Best Website for Teaching & Learning.” After this, Soundtrap took off in both the consumer and the educational space. Since, it’s become the go-to tool for teaching music and recording in K-12 schools worldwide.

It currently exists as three version:

Soundtrap is free. However, to unlock the most features and usability, you’ll need to pay for a monthly subscription.

The free version of Soundtrap offers plenty to get started, especially if it’s your first time making music. It has a bunch of different virtual instruments like pianos/keyboards, synthesizers, drum machines/kits—even strings, brass, and woodwinds. Of course, you can plug in your own mic or instrument and record audio as well. You can also add a variety of effects to each track, including parametric EQ, delay, reverb, tremolo, chorus, and more. Even further, the free version gives you access to the 150K+ sound effects from freesound.org

Paying for Soundtrap for Music Makers gets you a virtually endless loop library, nearly 1000 instruments, Antares Auto-Tune, automation, high-quality bounces, amongst a few other useful tidbits. The two paid tiers are $7.99 and $11.99 respectively.

Does Soundtrap do mastering? 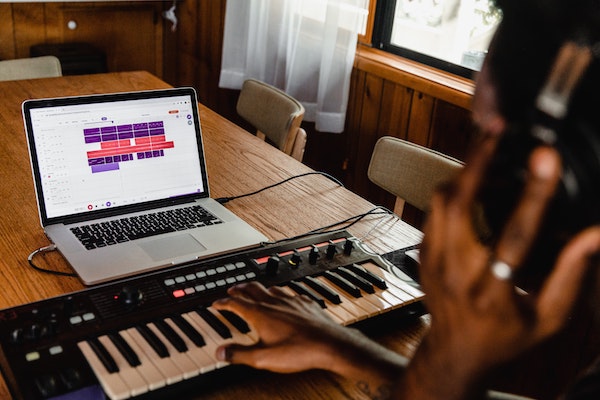 When you click Save, Soundtrap automatically “masters” your song so that it can sound its best. They don’t explicitly describe what this enhancement does, but it’s sure to optimize the overall loudness and perhaps boost a bit of lows and highs. Unfortunately, you cannot add custom effects to do a proper mastering job yourself. You’re stuck with whatever Soundtrap considers an automatic master.

Conclusion: Is Soundtrap any good?

Based on our Soundtrap review, it’s awesome for beginners or anyone who wants to dabble in music production without taking the plunge on costly software. The free version actually provides more than enough features, effects, and virtual instruments to create right from the jump. If you do decide to get a subscription, you’ll have access to even more sounds and tools. It isn’t required, but if you take a liking to Soundtrap, it might be worth it.

It definitely feels more like a fun program than a professional DAW. As such, it lacks complex editing capability, third-party plugin support, advanced routing, and everything you’d expect from something like Pro Tools. That said, it caters more to folks who want to make some noise without too much hassle—not so much the pro engineering world.