There are a lot of benefits to going the amp simulator route as a guitarist. Cost and versatility are both huge advantages over real amps, because modelers can give you access to hundreds of different heads, cabinets, and effects sims in a single package. They’re also the most convenient and practical way to record guitars in your home studio.

Deciding between hardware, plugins, or both depends on what your needs are!

If you simply plan to record guitars in your home studio, you can’t go wrong with plugins. Even stock amp modelers like Logic Pro’s Amp Designer can give you very high quality results. Plugins are also the less expensive option over hardware units, and you can collect a bunch of them for whatever tones you need—all for less money than a hardware amp simulator.

With plugins, it’s as easy and loading up your DAW and dropping it on a track. You can record or practice silently on headphones, or as loud as you’d like with studio monitors.

If you plan to jam with a band or perform live, or you just want the ability to connect to a physical speaker cabinet, you’ll need a hardware amp simulator. The best ones will cost about as much as a great tube head, but they also model hundreds of different amps, cabinets, and effects. As you can imagine, this is still a much, much cheaper option than collecting the ‘real’ stuff.

Hardware units make recording and practicing convenient as well, with seamless connection to your DAW via XLR direct outs (or even direct connection to your computer via USB), headphone outs for silent practice, and all the ease of a plugin but with an added tactile interface and the ability to play it like a real amp with a cabinet.

Fractal Audio’s Axe-FX series is the industry-leading hardware amp and effects sim. The Axe-FX III is currently one of the most powerful and feature-rich guitar processors on the market. At around $2500 USD it isn’t cheap, but you have access to virtually any tone and combination of effects you could ever imagine.

Quad Cortex is the latest and greatest addition to the world of hardware amp and effect modelers. It’s currently one of the most powerful, with quad-core SHARC DSP at the heart of the unit. In addition to all of the various amp models and effects, Neural Capture lets you model your favorite real rig and turn it into a digital emulation like the Kemper. The I/O is also incredibly flexible as well. As far as hardware in 2022 goes, this definitely checks all the boxes! 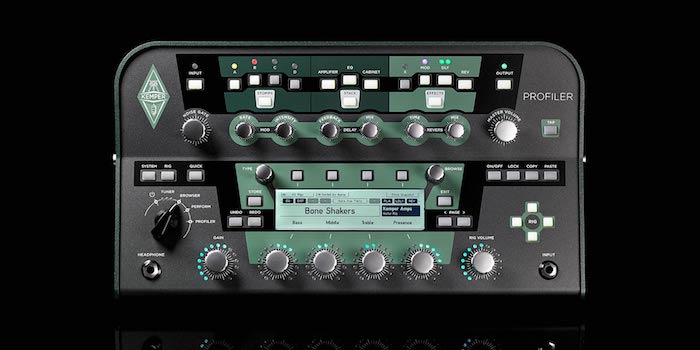 The Kemper is a unique guitar processor. It’s a multi-effects processor, preamp, and optional power amp, with lots of connectivity to suit different playing situations from the studio to the stage.

It’s called a Profiler because it has the ability to accurately capture the sonic fingerprint of real amplifiers with a single button click. If you or your friends own a few tube heads you really love, you can capture and recreate them in the Kemper! 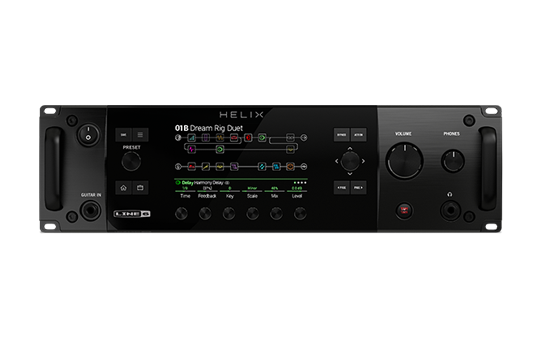 Line 6 is responsible for one of the first amp modelers ever created back in 1996. The Helix unit came out a several years ago, and features 87 amps, 231 effects, 41 speakers, and 16 microphones for custom tone shaping. It comes as a rack unit head and a floorboard unit (or even a native plugin!).

There are tons of great amp sim plugins on the market. These are just a sample of some of the tops choices out there. 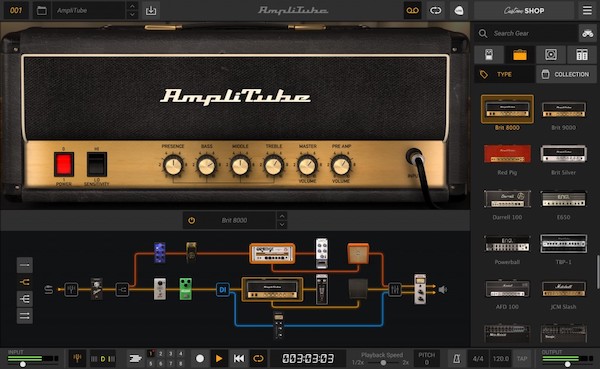 AmpliTube by IK Multimedia is massive. When the first version of the software came out almost 20 years ago, it was the first plugin that modeled the entire signal chain of a guitar/bass rig. It’s only gotten better with time, and is available at different price points. There’s even a free version that comes with 41 gear models, while the next step up includes 80 models for $150. The most complete version of AmpliTube 5 includes a staggering 400 models of amps, effects, cabinets, microphones, and more. There’s also a section for adding rack effects, like classic outboard EQs and compressors. 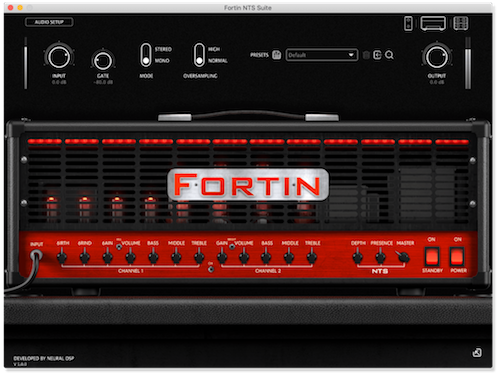 The developers over at Neural DSP have really blown up over the past few years because of their painstakingly accurate emulations of Fortin amplifiers. If you’re looking for a state-of-the-art virtual amp plugin, Neural DSP is definitely worth trying. 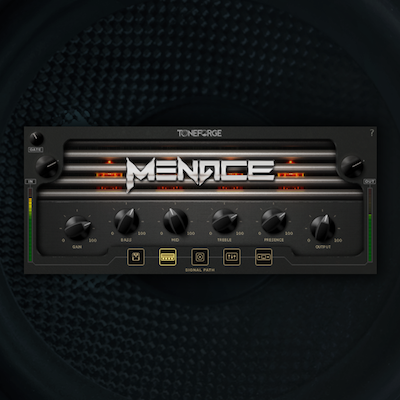 Toneforge by Joey Sturgis Tones is a proprietary line of virtual amps “made for and by musicians, producers, and engineers.” Rather than attempting to emulate classic amps, Toneforge features all original designs for the highest quality virtual amp experience possible.

Toneforge is geared more towards metal/hard rock players, with signature amps by Jason Richardson, Misha Mansoor, and even a bass amp by Rex Brown. 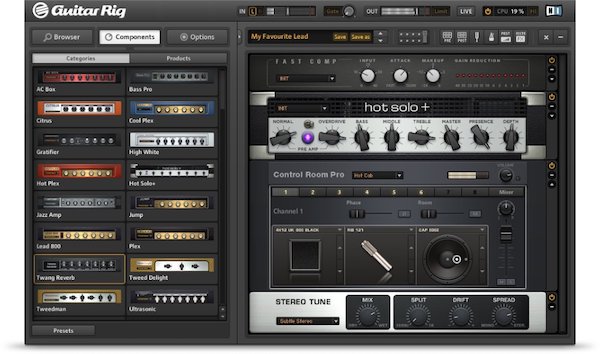 Native Instruments first put out Guitar Rig in 2004 and included three tube amp emulations. Over the past 15 or so years, Guitar Rig has naturally grown up quite a bit! 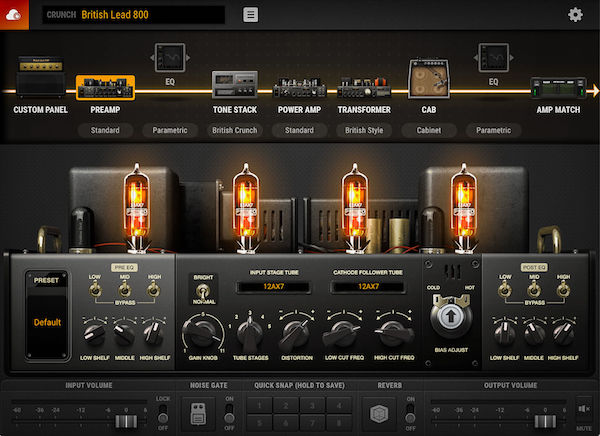 BIAS Amp 2 by Positive Grid another fantastic virtual amp designer. Like the majority of amp sims, the plugin recreates the tone and feel of a real tube amp.

BIAS Amp lets you mix and match components to create your ideal amp. It comes with a feature called Amp Match which allows users to clone the tone of real hardware, or you can connect to the ToneCloud to gain access to thousands of custom amps from artists and recording studios. 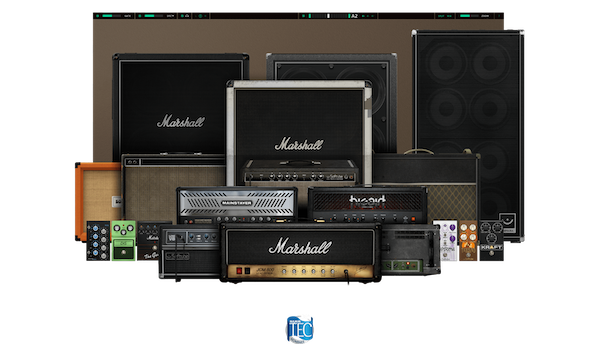 Amp Room cleverly emulates the experience of stepping in a renowned studio full of insane equipment and building a signal chain. It includes models of classic outboard compressors and EQs, iconic amplifiers and cabinets, plus a ton of pedals and microphones. Amp Room is a fantastic platform for guitar and bass tone modeling in the box.

GTR3 by Waves is one of the most affordable premium amp simulator plugins out there. It currently contains over 30 amps, 30 cabinets, and 25 effects. You can load it in your DAW, or choose to play it as a standalone application through the ToolRack. Waves runs promotions all the time, so it’s easy to pick this one up for well under $50.

Whether you go with a hardware unit or just a plugin, amp modeling has gotten impressively good. There’s not really a wrong choice anymore; you can even gig with plugins running off a laptop! Hardware aside, lots of developers offer free trials of their plugins to see what’s right for you.