A compressor is one of the most fundamental processors an engineer has at their disposal. We know them to be great at tightening up the dynamic range of a signal—in other words, making a signal more even and consistent in level. Compressors can also help shape the envelope of a sound based on how you set the attack and release parameters. And perhaps best of all, a great compressor will oftentimes have its own tone and desirable sonic characteristic that it imparts on a sound—making it, above all, a musical tool. Here are ten of the best compressor plugins, both free and paid! 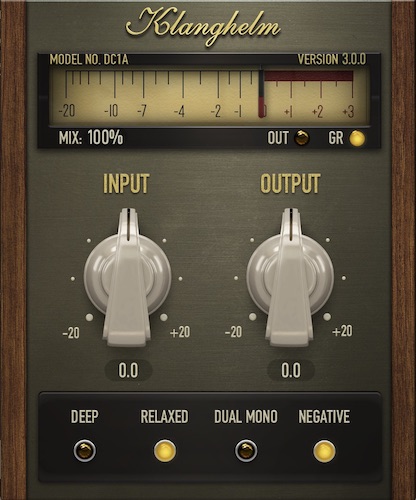 There’s nothing quite like a simple compressor that just gets the job done. The Klanghelm DC1A is an awesome example of a free compressor plugin with just input/output settings to adjust the amount of gain reduction and makeup. Despite its basic interface, you can get everything from gentle, almost transparent gain reduction to heavy pumping and saturation. The four buttons on the bottom allow you to change compression style and engage a high-pass filter to avoid pumping on bass.

At first glance, the D16 Frontier has an obviously cool and sleek looking GUI. But it sounds just as good as it looks, and is capable of everything from light compression, to limiting, to soft-clipping, wave-shaping, and more. Frontier is a highly capable and fun comp/limiter worth giving a try.

RoughRider by Audio Damage remains one of, if not the, most popular freeware compressors ever. In just over a decade of life, it’s amassed over half a million downloads. There’s a reason for that, because RR 3 is an attractive, easy-to-use, and feature-rich free compressor VST. If you’re looking for a free comp with all of the traditional controls like ratio, attack, release, etc., this is definitely up near the top.

Klanghelm makes the list again with the MJUC Jr. variable-mu style compressor. And again, it’s a simple input/output arrangement with an extra little switch on the bottom letting you toggle different attack/release settings. Compressors like these have a ton of character and get you where you need to go fast—and for free! 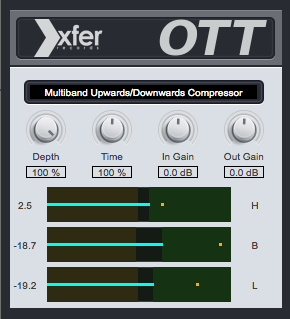 OTT is pretty cool, and it’s a bit different from the other freebies covered so far. It’s a free software recreation of what many dubstep and EDM producers use, which is an aggressive multiband upward/downward compressor. It takes a bit of getting used to when you’re coming from more “traditional” compressors, but you may find unique uses for it you wouldn’t be able to accomplish easily otherwise.

It should go without saying that the 1176, a.k.a., the most famous FET compressor of all time, deserves a spot in your plugin collection. UAD makes one of the best analog emulations of it, which means if you haven’t gotten yourself a UA interface or satellite, it may be time to consider it (UAD plugins run on dedicated, proprietary DSP).

There isn’t much to say about the 1176 that hasn’t been said a thousand times before. Try it; you’ll love it. 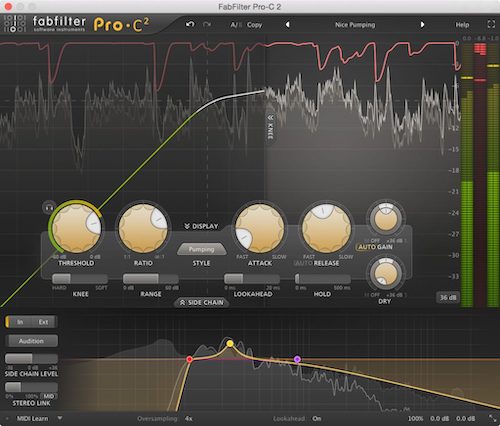 Pro-C 2 is one of the best, most versatile compressor plugins available. It can give you everything from gentle mastering glue to an aggressive rap or metal vocal, and way more in between. That’s all thanks to eight built-in compression styles suitable for a wide range of uses.

Another fantastic analog emulation from UAD. The Teletronix LA-2A, like the 1176, is one of the most famous compressors ever. This optical compressor is easy to use, and just sounds incredible. We’re lucky that engineers and designers of yesteryear got it so, so right with all this incredible analog equipment. Try using the 1176 and LA-2A together for serial compression.

The SSL G master bus compressor is another one of those esteemed pieces. The plugin is based on the built-in bus compressor of the SSL 4000 G console. With almost mythic status these days, the SSL G is one of those rare pieces of gear that is almost universally beloved by professionals. When you need that “glue” on a bus or master, look no further. 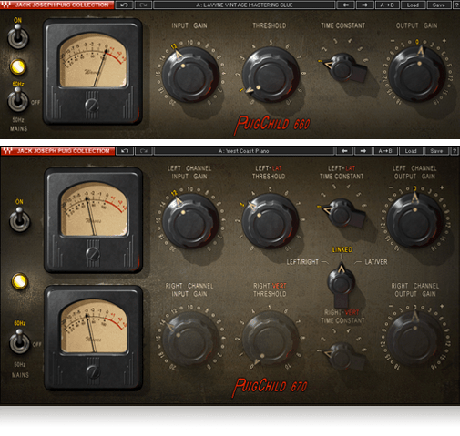 When we talk about old school compression, there’s literally none other than the legendary PuigChild. Designed in 1959, it was the first “intelligent” volume control limiter of its time. These hefty tube units boast a ton of character, and unless you have an extra 30 to 40 grand lying around for the real thing, we’d put our money towards the PuigChild plugin first.