The 15 Best Analog Summing Mixers for Your Studio in 2023

A summing mixer is a very interesting, if not often overlooked or misunderstood, piece of gear. Like most pieces of hardware, summing mixers vary in mileage; some have no more than a few knobs, while others have a slew of built-in effects and other capabilities. At the end of the day, the benefits of analog summing usually depend on who you ask.

If you’re still in the dark, we’ll talk in basic terms about what an analog summing mixer does, as well as list 15 of the best options available.

What Is Analog Summing?

Analog summing gives engineers the ability to route multiple outputs from their DAW into a dedicated hardware unit and sum that to a stereo file—along the way, the summing mixer adds some analog goodness to the signal that you may not be able to replicate digitally. Some will simply pass your digital audio through transformers and other electronic odds and ends our ears like; some come with extra features like expanded monitoring options and additional effects.

Certain mixers swear by analog summing because it introduces some of the sound of working on a console to the last stage of a mix. For the most part, it’s a relatively easy way to hybridize a digital recording and mixing setup. If you think that’s for you, here are some of the best summing mixers you can get your hands on!

In no particular order, here are over a dozen analog summing mixers. There’s quite a bit of variety here, mainly in terms of price and features. Experimenting with analog summing starts with finding the right gear for you and your needs! 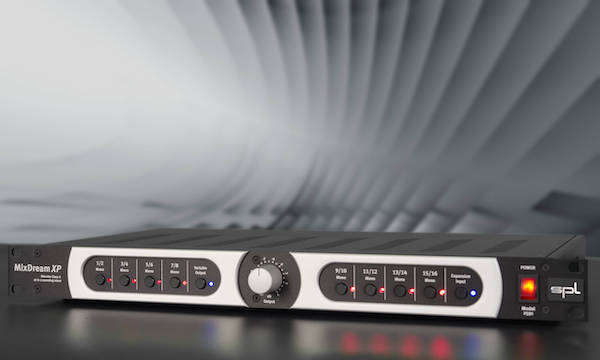 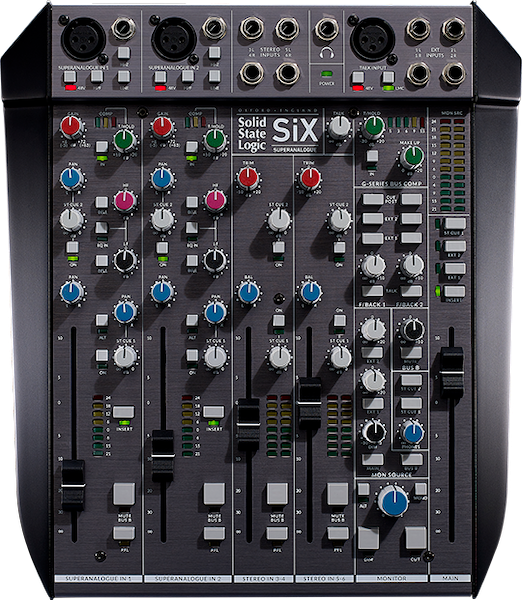 The SSL SiX is an all-around desktop mixer that can also double as a 12-channel summing mixer. SSL detail, depth, and width are all possible when using this powerful little mixer for summing. You’re probably going to hear those terms a lot! Depth, width, etc. are exactly what mixers are hoping to achieve with analog summing. 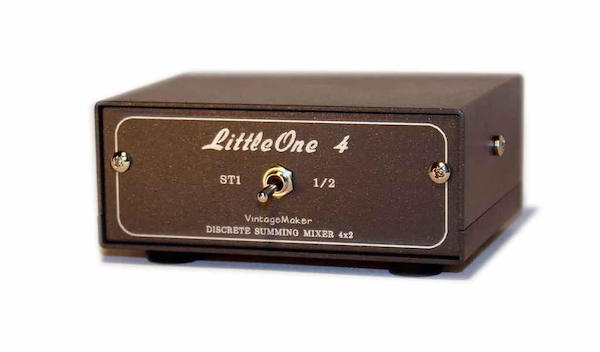 The LittleOne 4×2 mixer by Vintage Maker is one of the smallest, simplest, and most affordable summing mixers you’ll find. This clever little box takes the main outputs from your interface into summing inputs, then takes summing outputs and runs them into your interface’s preamps for printing an analog-summed signal back into your DAW.

The Neve 5059 is one of the most elegant and beautifully designed summing mixers around. This 16 x 2+2 beast provides individual level and panning control for each of its 16 inputs, as well as stereo Silk & Texture controls to dial in all of that analog glory that our ears love.

The B32 Vancouver by Burl offers 32 input channels (8 mono, 24 stereo) over D-SUB connections. The control layout is as straightforward as they come. There’s a Left Mix channel and a Right Mix channel, each with its own Gain Boost and switchable tonality of Burl’s proprietary BX5 output transformer.

The newly upgraded D-BOX+ is a 2-in-1 monitoring device in addition to 8-input summing mixer. This device is really a feature-rich studio solution for advanced monitoring as well as analog summing, and it’s all possible via USB as well. There’s even an included app where you can adjust essential functions through Bluetooth.

If the D-BOX+ is a bit more than you ordered, the 2-BUS LT is the perfect powerful, simple summing mixer by Dangerous Music. This 16-input summing box has active internal electronics that deliver a huge soundstage with tons of three-dimensionality that’s hard to achieve solely in-the-box. 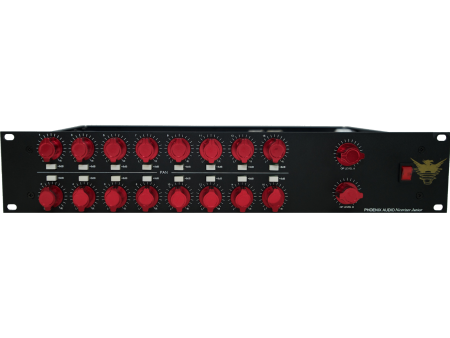 Junior implies that there’s a senior, and there is, but this one provides all of the same essential sound in a more affordable package—perfect for those considering analog summing for the first time. Each of the 16 inputs on the Nicersizer Junior has its own pan knob in addition to a +8dB boost. It has two output transformer stages with their own level controls as well. 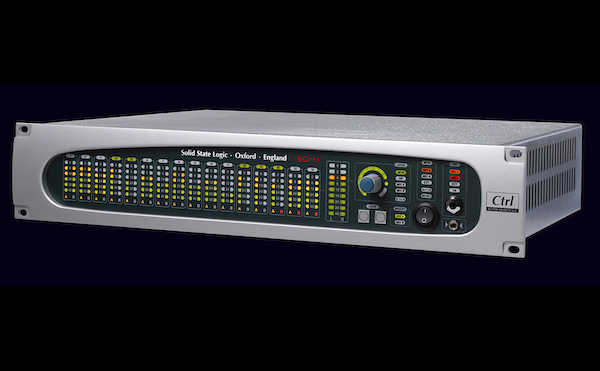 Sigma is SSL’s solution to large format console sound with DAW convenience and ease. This summing mixer takes the SuperAnalogTM mix bus from the SSL Duality and AWS consoles and puts it right into this little 2U rack unit. It comes with 16 input channels, each switchable between mono or stereo for a total of 32 at mixdown.

Space Heater is an 8-channel tube summing mixer doubling as an outboard saturation device. It includes 8 mono inputs or 4 stereo pairs, each with its own ability to control the voltage going to the 12AX7 tube inside. Lower voltages result in a more pronounced saturation. From there, each channel has individual Level and Drive options to set just the right amount of analog warmth and color for your mix. 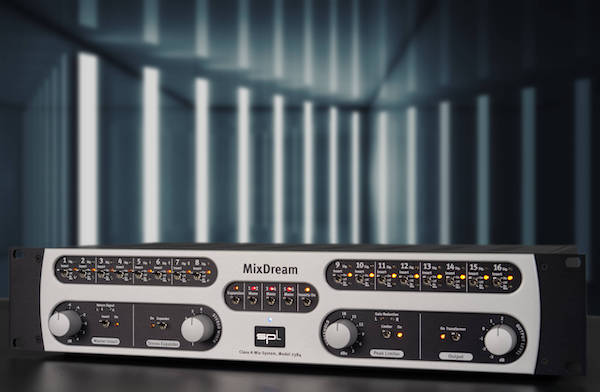 MixDream is the big brother to MixDream XP. Key additions include a built-in Stereo Expander as well as a Peak Limiter. The latter can function as protection against any peaks going from Analog back to Digital for printing; or, you can push it hard to drive up the overall level of a mix. 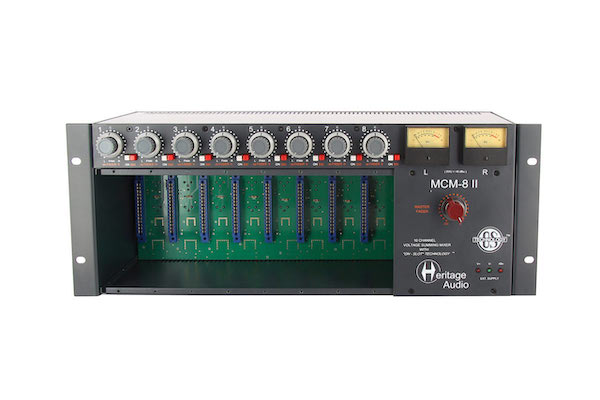 The Heritage Audio MCM-8 II 500 is a really unique summing mixer. It’s actually an 8-slot 500 series box; you can of course load it with modules for custom mix control, which is really cool. Or, you can leave the slots empty and use the onboard electronics instead. Each of the 8 inputs has its own pan control, and the end of the signal path has a Master Fader.

The Neve 8816 is a 16-channel hand-built, hand-wired 16-channel summing mixer. It uses the same transformer-balanced mix bus circuitry found in the company’s beloved ’70s-era, 80-series consoles. The 8816 is almost as if they packed an 80-series into a 2U rackmount device, with an incredible number of mix send/return options for slapping effects across the channels. It’s extremely powerful and versatile, breathing that incredible Neve life into any project. 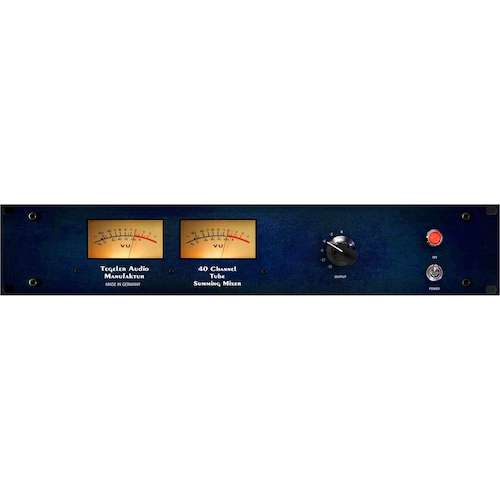 Tegeler’s TSM brings analog sound to a digital mixing domain. The Tube Summing Mixer provides 40 channels (2×16 D-Sub, 2×4 TRS) to help you glue even the densest mixes together. Tegeler Audio produces some truly innovative devices at affordable prices, and the TSM is certainly no exception to their motto.