When Fiona Apple’s ‘Tidal’ was released in 1996 and it blew open the musical doors at a time where everything in a Radio dominated World seemed to fall into the loud/quiet formula. A breath of fresh air, it had no connection to the scene of the time, making it an instantly important statement of Art not another carbon copy of the mid 90’s penchant of a 10 song Album having one or two singles then 8 or 9 similar sounding filler tracks. ‘Tidal’ was a triumph of unique songwriting and raw, honest sounding vocals from an Artist still only a teenager.

Now flash forward 24 years and we have another masterpiece from Fiona Apple. ‘Fetch the Bolt Cutters’ has Fiona working with Amy, Aileen Wood, Sebastian Steinberg and David Garza. They jointly share Production duties, all play multiple instruments, with Amy, not only the albums Drummer also the album’s main Engineer. 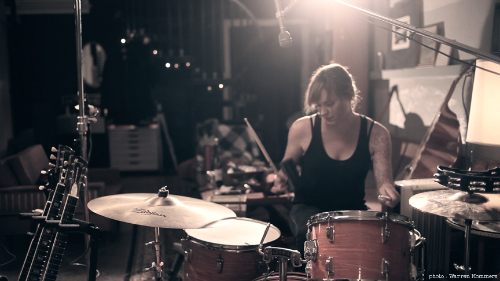 What this listener hears is an album, yes a good old fashioned ALBUM. It’s not a scattered amongst 20 writers 10 producers effort that we are so used to hearing this millennium. This is album driven by the artist. An Artist that has chosen the right people for the right job.

The songwriting and production is some of the best we’ve heard in any era, standing alongside many great albums by other seminal Artists. Notable additions to the core Production team are Dave Way’s additional engineering on two songs and 3 songs he beautifully mixed and the incomparable mixing of Tchad Blake. Tchad has to hands down be one of the most artistic mixers in the world. He has a seemingly effortless way of extracting what we want to hear from the song. There’s no one trick or one sound that defines him, he’s not only a mixers mixer he’s a fans mixer! In a world ‘I mix 5 songs a day mixing’, Tchad’s mixing always feels like he sweats blood and tears, squeezing every emotion he can out of the tracks!

Yet again, at still only 42, after a 26 year career, Fiona Apple has proven why she is one of the most important Artists of the 21st Century who still has a lot more important music to give us!

Listen to the album here