Genelec’s The Ones & Look Inside Metropolis Studio A

Metropolis Studios was built and opened around 1989 with one of their first and biggest clients being Queen! Queen recorded parts of Innuendo at Metropolis and filmed part of Headlong’s Music Video was shot in Studio A. Studio A houses an SSL 9000J console which is lovely and has seen a lot of great records recorded in it. Most recently the piano for Adele’s song “Hello” from her album 25. 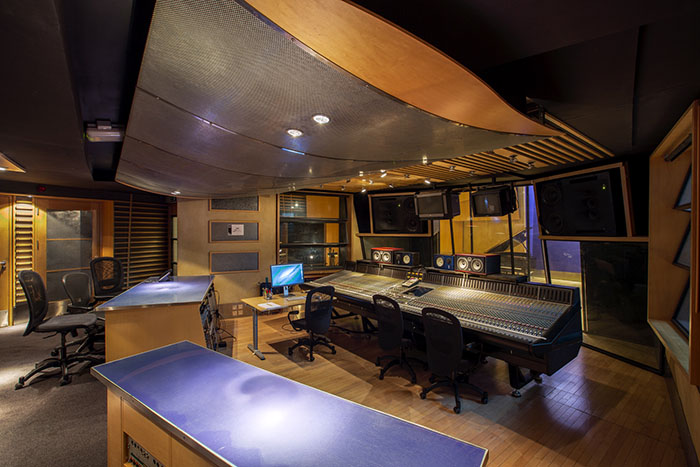 Metropolis Studios also have their very own tech department with full-time staff who conduct repairs and maintenance of gear in all 4 of their studios.
Studio A is soon to be refurbished in partnership with Genelecs which will be the first time since Metropolis opened in 1989.

Genelec is visiting Metropolis Studio to present continuation and addition to “The Ones” family. The Ones came out 3 or 4 years ago with the 8351 and now they are presenting an update with the 8351B and the addition of the smaller family including the 8341 and 8331. Genelec is trying to provide monitoring systems that will work in any environment from small rooms up to much bigger rooms depending on listening distance, room volume and all that kind of thing.

In addition to The Ones, Genelec introduced the W371A. The concept behind the W371A is to extend what The Ones give you, The Ones have a phenomenal ability to deliver a solid stereo image both on and off-axis while also giving you a point source. Point source technology is essentially having a Tweeter, Midrange, and the drivers all radiating and hitting you at the same time so you get a very coherent image.

By adding the Woofer stand we can extend that right down so we get a full frequency system that’s free-standing. There is also some clever technology in the W371A by DSP that allows it to adapt to the room and give you a system that is efficient and does a great job at getting audio to you in a coherent manner.

I think what everyone is loving about this and the main thing that I’m taking away from it is the fact that there isn’t a disconnected feeling of sub and mains.
Everybody sort of claims to try and do that (that is the purpose of a subwoofer) But what generally happens is you go in a room and you hear your mains then the subwoofer. This feels like it’s just continuing the full range.

Watch the Episode below:

I had a marvellous time at Metropolis Studios with Genelec, thank you ever so much for sharing this experience with me.

Learn more about Genelec’s The Ones here