Fred Mandel is a keyboard player, guitarist, and touring/session musician. Entirely self-taught, he started piano at just age 4, and guitar a few years later at age 8! After moving to Toronto from his hometown in Saskatchewan as a teenager, Fred took to the stage gigging with local bands to start off his career in music.

Fred has performed keyboards, guitars, and other duties with an incredible collection of artists, including Queen (as well as Freddie Mercury and Brian May solo projects), Alice Cooper, Pink Floyd, Elton John, Supertramp, and Anthrax!

Fred’s professional career started as a touring musician for Canadian bands Grant Smith & The Power and Lighthouse. His first time as a session musician was with rock guitarist Domenic Troiano’s band on Burning at the Stake in 1977. This was followed closely by playing on the Dick Wagner album, Richard Wagner (produced by Bob Ezrin).

Recording with Wagner led to Fred getting his gig with Alice Cooper. Wagner was a fan of Fred’s rock and roll piano playing and invited him to play on Alice Cooper’s solo record around the Lace and Whiskey era. This naturally led to Cooper inviting Fred to join his live band. Fred let Troiano know about the opportunity, and he was supportive of Fred’s move to LA to pursue it. 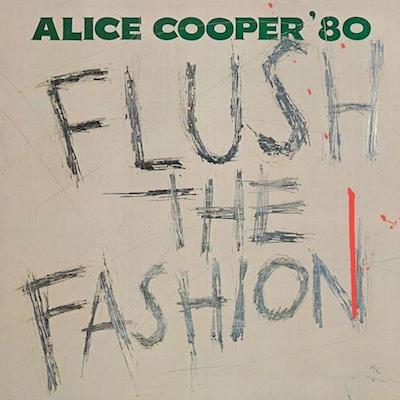 Fred toured and recorded with Alice Cooper for four years on keyboards, lead guitar, and finally as the musical director for the band. He co-wrote many of the songs on Flush the Fashion and several of the tracks on the follow-up, Special Forces.

Fred’s next big session appearance came just two years after pairing up with Alice Cooper. In 1979 he had the pleasure of playing on The Wall with Pink Floyd. He contributed Hammond B3 organ on “In the Flesh” and “The Show.”

With Queen, Freddie Mercury, and Brian May

In 1982, Fred went on tours of America and Japan with Queen for the Hot Space album. He would work closely with the band over the course of several years.

For 1984’s The Works, Fred played keyboards, synthesizer, and worked as a synth arranger and programmer. The year before, he played keyboards on Brian May’s side project Star Fleet. He also worked on Freddie Mercury’s solo album, Mr. Bad Guy, playing guitars, keyboards, and synthesizer.

Fred even joined the band as keyboardist on Saturday Night Live in 1982, performing the songs “Crazy Little Thing Called Love” and “Under Pressure.” He’s also featured in the 2004 live DVD, Queen on Fire: Live at the Bowl, from a performance recorded the same year.

The ’80s and Beyond: Supertramp, Elton John, and More

In 1983, after touring with Queen, Fred had the chance to play sold-out stadium shows across North America and Europe with Supertramp on the Famous Last Words Tour. These were the final concerts with the band’s original lineup. He would also play on Supertramp’s 1997 album, Some Things Never Change.

The following year, he joined the Elton John band with whom he would play for 6 years until 1990. Fred recorded 5 albums with Elton John (from Ice on Fire through Sleeping with the Past). His 6-year touring stint with Elton included performing at “Live Aid” in 1985.

From 1990 until now, Fred has toured and been in the studio with many incredible artists. In 2010, he played on Jamey Johnson’s album, The Guitar Song, which reached #1 on the country charts and was later named #5 of the top albums of that year by Rolling Stone.

In 2013, he worked with thrash metal legends Anthrax on their cover of “Smokin'” by Boston. He again joined Anthrax in the studio for their cover of “Carry On Wayward Son” by Kansas in 2017.

Fred continues to share his talents on many different projects! He recently worked with Lady Gaga for her remake of the film A Star is Born.

He is currently working on his first solo album, Part-Time Rebel. You can follow Fred Mendel to keep up to date on developments regarding the project!