It’s a relatively niche piece of equipment, but having a good sustain pedal can make a big difference in the overall playability of keyboards, digital pianos, and MIDI controllers.

Does Having a Good Sustain Pedal Really Matter?

It does matter, because you’re going to want something that isn’t going to break after one use. Sustain pedals take a lot of abuse, and unfortunately not all of them are created equally. Purchasing a quote-unquote “good” pedal is going to be in your favor.

Whether it’s for recording in your home studio or using live on stage, you’ll want something that’s durable and feels good underfoot. And if you’re coming from a piano background, recreating that feel is likely in your best interest.

What Makes for a Good Sustain Pedal?

The first thing to decide is whether you want a traditional piano-style pedal or the little square box pedal. Most keyboard and piano players will probably prefer the look and feel they’re accustomed to, though they tend to be a bit pricier than the box-type pedals.

Another common feature is a polarity switch. In some cases, your keyboard or digital piano interprets the signal from the pedal oppositely; you’ll get sustain without pressing down, and no sustain when you press it. If that’s the case, just flip the polarity switch and that should solve your issue.

Finally, it helps if you can test the pedal yourself, or at least check out a detailed demo of it online. You want something that feels correct and comfortable under your foot, which is ultimately a personal preference. 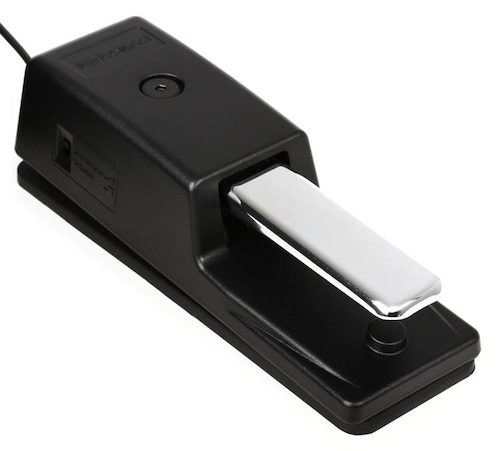 Roland’s DP-10 is a single piano-style sustain with a handy non-slip rubber grip on the bottom for slick floors. To be quite honest, there isn’t much to say about it other than it does what it’s supposed to, looks good, feels good, and isn’t too pricey! You can also use this pedal to control functions other than sustain if need be. 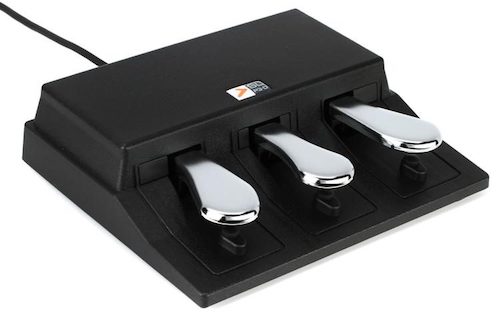 The Studiologic SLP3-D is a triple pedal. Two are switch-type pedals and one provides continuous control. It connects to your keyboard with a single TRS connector. The body of the pedal is substantial, and the chrome-plated pedals look and feel high quality. 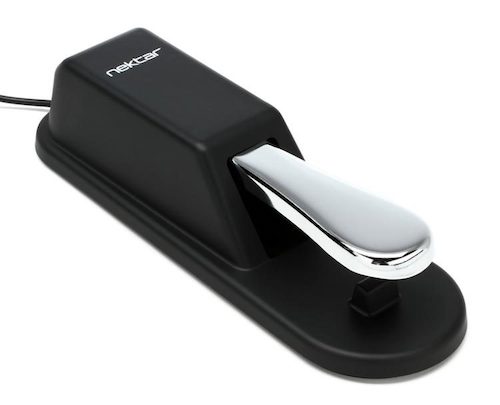 Nektar is known for making really feature-rich equipment at good prices, with near universal compatibility for any kind of device or software. The NP-2 pedal is no exception; it’s a single piano-style pedal with a polarity switch and rubber grip. It’s also extremely affordable and is rugged enough to withstand some heavy sessions. 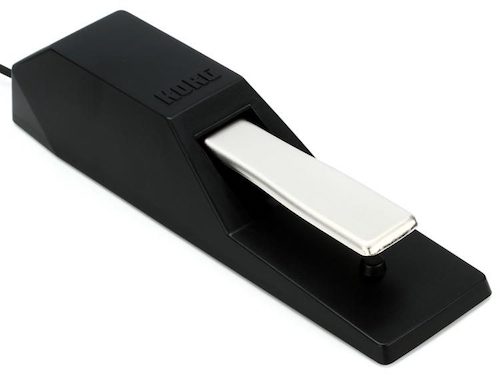 The Korg DS-1H is a metal piano-esque sustain for use with Korg, Novation, Fatar, and Casio keyboards. Using a Korg keyboard gives you half-damper control for realistic expression. The metal pedal is nice and rugged for the stage or studio. 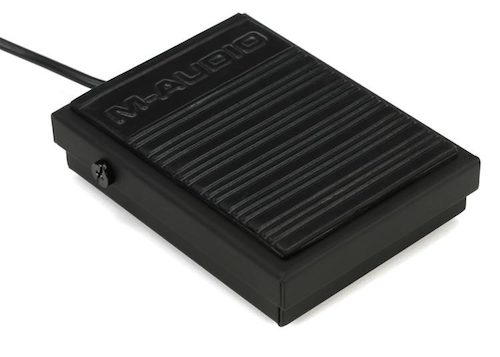 M-Audio’s SP-1 is one of the box-style pedals we briefly mentioned earlier. It’s compact and durable, and is universally compatible with all electronic keyboards. 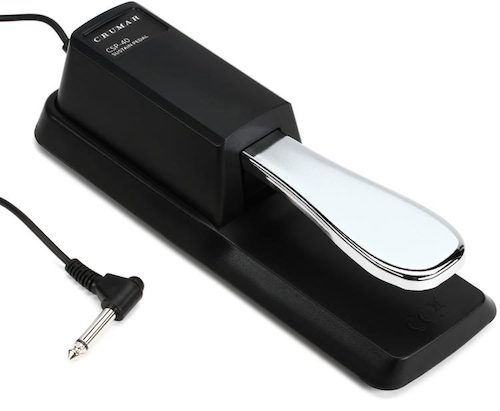 Crumar makes the super affordable CSP-40 piano-style pedal with universal compatibility for all keyboards, MIDI controllers, and digital pianos. It has a polarity switch and feels sturdy during use. 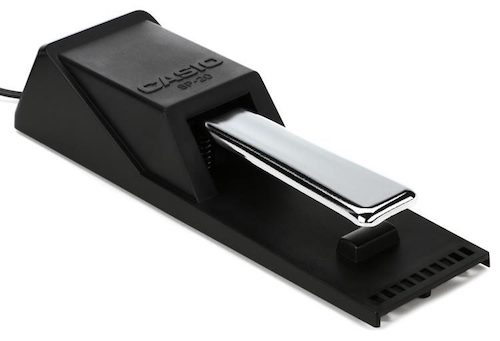 If you have a Casio keyboard, pair it with the SP20 for ultimate expressiveness in your playing. It’s compatible with the full range of Casio products, and can almost certainly transform the way you write and compose music. 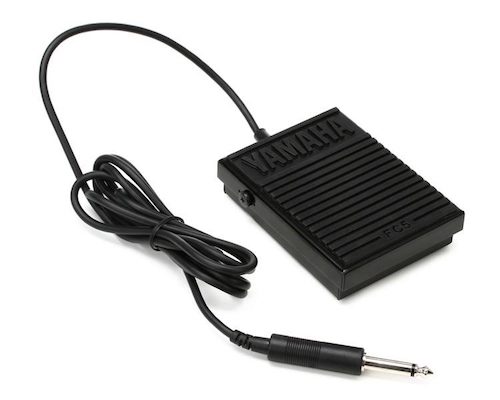 Last but not least we have the Yamaha FC5 box footswitch. Its price raises some questions about quality, but many users have noted just how rugged it is despite the cost. This is about as simple as it gets!