Yamaha P45 vs P125: Which Keyboard Is Better for Your Studio?

Today we’ll be comparing the Yamaha P45 vs P125 “portable” digital pianos. Yamaha has been a premiere manufacturer of both digital and acoustic pianos for years, so the brand has decades’ worth of experience in crafting quality entry-level instruments. Both the P45 and P125 are impressive, and we’ll find out if one has an advantage over the other.

Reading off the spec sheet, you’ll notice these keyboards have quite a bit in common. The first, and most obvious, is layout and footprint. Both have full-sized 88-key beds, and both are relatively lightweight and maneuverable in size. Aesthetically they’re pretty similar, too — not necessarily the most extravagant or pretty-looking instruments, but functional above all else.

As we begin to move past the eye test, these digital pianos reveal their differences. 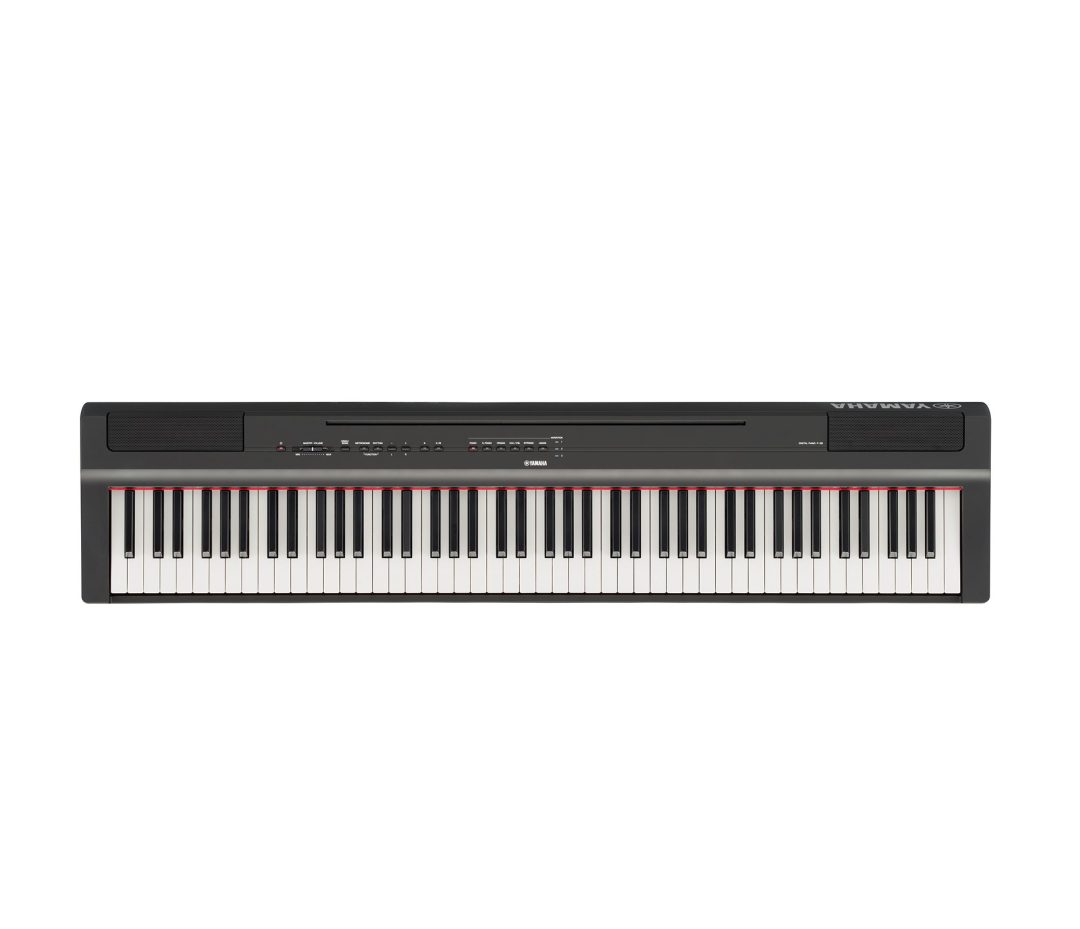 The P45 and P125 share the same Graded Hammer Standard action. This style keybed mimics that of an acoustic piano, in which the lower keys feel heavier than the higher keys; this is supposed to accurately represent how real piano hammers feel on the strings. They also share hard, medium, soft, and fixed sensitivities.

In all honesty, Yamaha’s GHS has drawn a lot of criticism from serious players over the years. It’s even old tech at this point, but it’s still the standard on Yamaha digital pianos. For beginner or intermediate players it shouldn’t be  an issue, and that’s the intended market for these pianos anyway. However, experienced players would probably notice that touch and feel is lacking from both instruments.

Neither piano has an LCD screen, which seems counterintuitive for a digital keyboard with multiple settings and functions. There are workarounds to this, which we’ll see soon, but both pianos have a pretty basic layout. The P125 comes with more in the way of button control and is slightly more in-depth in that regard.

How Do They Sound?

Now here’s where the P125 really starts to pull away from the P45. The first thing to note is that the 125 provides up to 192 voices of polyphony compared to the 45’s 64 voices. You may ask yourself why you’d ever need up to 192 voices, and the truth is you probably wouldn’t. But you can very quickly approach 64 if you’re doing a lot of pedal work on a richly textured piece of music. That means notes ringing out get cut off if you max out the polyphony.

While the sampling technology in the P45 is fine, the P125 again gets an upgrade that gives it an edge. It also includes 24 voices in six instrument sections compared to the P45’s 10 voices. So the 125 is more flexible, especially if you want to use sounds other than traditional piano.

The P125 also features Yamaha’s Damper Resonance and Intelligent Acoustic Control technology that lends itself to a much more natural and expressive playing experience. The P45 lacks these features, and in turn sounds a little more “digital” than the 125.

The P125 is the clear winner here.

This is actually kind of interesting. We believe the P125 is the obvious standout in arguably the most important category (sound quality), and yet the price gap between these two pianos is negligible. We’re talking about a difference of approximately $150 at standard price, but the P125 offers so much more than the P45.

Both the Yamaha P45 vs P125 can be synced with a variety of apps for additional control over the instrument’s digital features. These apps include Flowkey (a library of songs you can learn and play along with), Metronome, and Sound Control (pitch/modulation).

It’s perhaps not a surprise that the P125 once again has an edge over the P45 even in this category thanks to its support for the Smart Pianist app. Smart Pianist provides users control over the majority of features included in their digital piano, as sort of all-in-one stop to make the most of the instrument.

What Makes the P125 Unique? 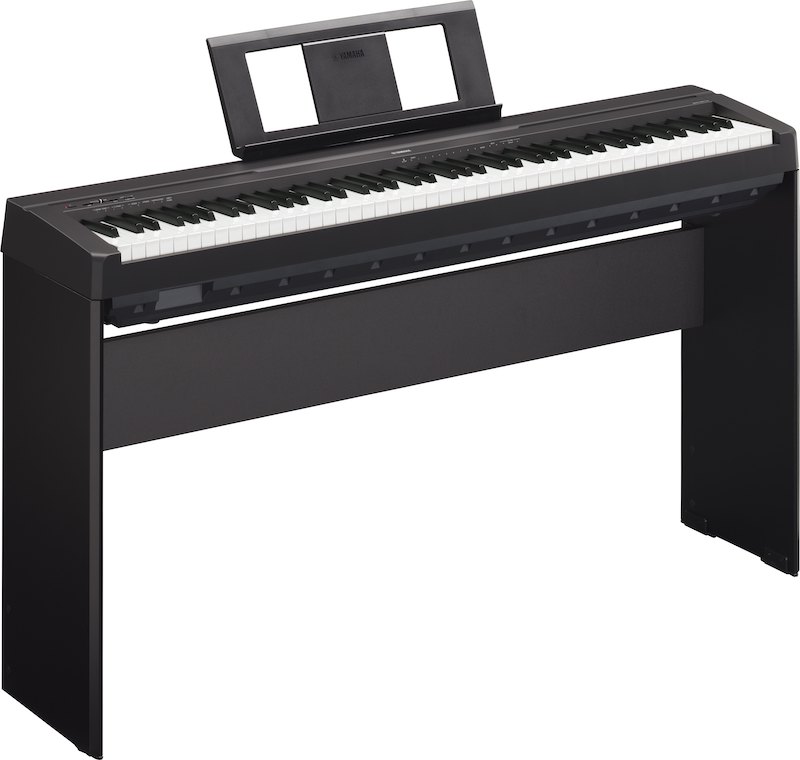 Compared to the P45, the P125 has better polyphony, more sounds, a better overall sound engine, more dynamic and expressive modeling technology, and support for the most useful app, Smart Pianist. It offers so much more than the P45 for not much more money, making it unique and valuable on multiple levels.

Our Take: Which Keyboard Is Best For Your Studio?

Hands down, the P125 is the better piano. It’s absolutely worth it to save up the price difference and go for the P125. The P45 is a fine instrument, no question, but you’ll quickly find yourself wanting to upgrade. You’d get much more mileage from the minimally more expensive P125.