In the mid-seventies 10cc was one of England’s hottest bands. They put out five consecutive Top Ten albums between 1975 and 1978 – Sheet Music (1975), The Original Soundtrack (1975), How Dare You (1976), Deceptive Bends (1977) and Bloody Tourists (1978). They also had several successful singles including three number one hits. However, it was their innovative 1975 hit “I’m Not In Love” that brought the band chart-topping, international success including hitting the number one spot in the UK and Canada and the number two spot in the US.

The song was written by Eric Stewart and Graham Gouldman who formed one of the bands two songwriting duos. While most groups are lucky to have a skilled songwriter or two among them, 10cc (between 1972 and 1976) had two distinctly talented pairs. Stewart and Gouldman gained a reputation as the more pop-oriented songwriters of the group, while Kevin Godley and Lol Creme were seen as the more experimental writers. With “I’m Not In Love” the band combined these talents, creating a captivating and artistic track that also achieved phenomenal commercial success. 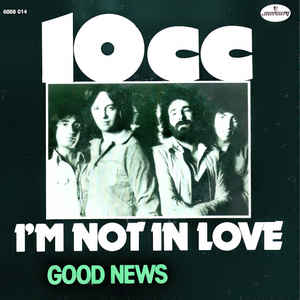 The inspiration for the song came from a comment by Stewart’s wife. He explains:

“At that time my wife and I had been married about eight years….and she asked me ‘Why don’t you say “I love you” more often?’ I had this crazy idea in my mind that repeating those words would somehow degrade the meaning, so I told her ‘Well, if I say every day “I love you, darling, I love you, blah, blah, blah,” it’s not gonna mean anything eventually.’ That statement led me to try to figure out another way of saying it, and the result was that I chose to say ‘I’m not in love with you,’ while subtly giving all the reasons throughout the song why I could never let go of this relationship”

The ironic twist was only the first barrier Stewart faced when getting his bandmates on board with the idea. He recalls, “I wrote the lyrics in a couple of days. […] When I took the song to the band, they said: ‘I’m not in love’? What the fuck is that? You can’t say that!’” However, Gouldman agreed to give the song a try and the pair began their efforts on composing the song around those lyrics. At first they tried to give it a bossa nova feel but the other two members of the band still weren’t convinced.

The band scrapped the track and began working on other songs. However, when Stewart overheard members of the studio staff humming the song, he wanted to try again. Godley agreed that the melody was catchy, but that they needed to find a radically new way to envision the song. According to Steward, Godley had the brilliant idea for the ingenius vocal backdrop saying, “I tell you what, the only way that song is gonna work is if we totally fuck it up and we do it like nobody has ever recorded a thing before. Let’s not use instruments. Let’s try to do it all with voices.” Fortunately, the band had the iconic Strawberry Studies at their fingertips to make this idea a reality. 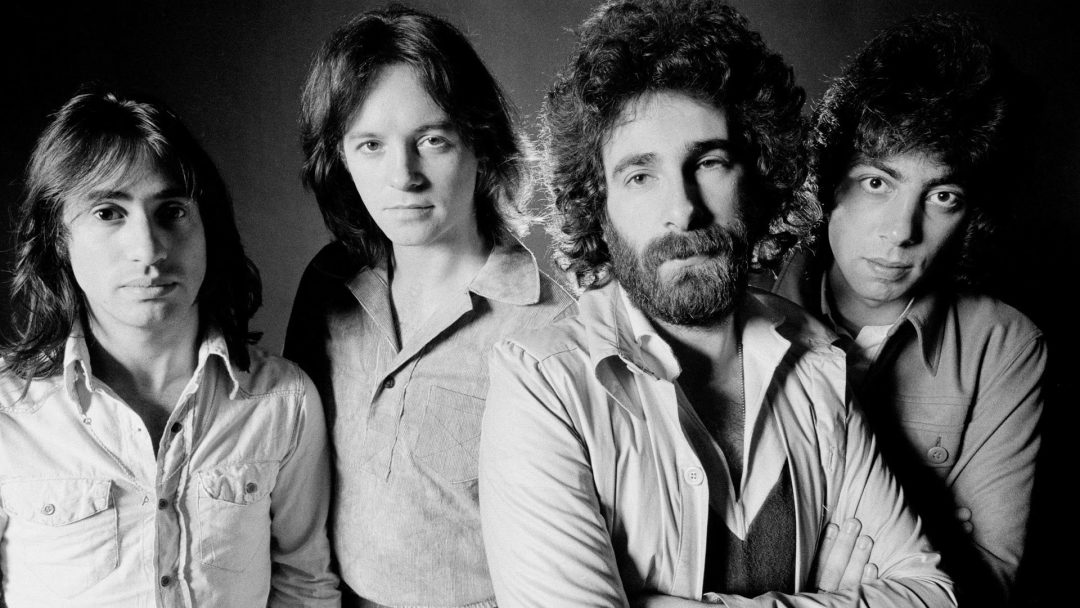 Strawberry Studios, named after the Beatles’ “Strawberry Fields Forever” had been owned in part by Steward and Gouldman since 1968 and was the birthplace of 10cc’s working relationships. Although Gouldman, Godley and Creme had been childhood friends, it was between 1969 and 1972 that the individual members of 10cc began regularly working with each other – while they were also involved in other bands and projects. During this time, bubble gum pop producers Jerry Kasenetz and Jeffry Katz began using the studio. In a shrewd business move, Goudlman convinced the pair that it would be easier and more economically efficient to record their singles at Strawberry Studies using Gouldman, Stewart, Godley and Creme as a house band. Godley explained to Zigzag magazine in 1975: “We did a lot of tracks in a very short time – it was really like a machine. Twenty tracks in about two weeks – a lot of crap really – really shit. We used to do the voices, everything – it saved ’em money. We even did the female backing vocals.”

In 1970, while Gouldman was in New York writing for Kasenetz and Katz, the other three began recording as a group under the name Hotlegs. Their first single “Neanderthal Man” originated as an experiment with drum tracks, but resulted in a surprise hit record, peaking at number 2 on the UK singles chart.

By the time Gouldman joined the trio in 1972, forming 10cc, the band were all experienced studio musicians, songwriters and producers. Thus, when they decided to completely reimagine “I’m Not In Love” around a vocal, atmospheric backing, they had all the experiences and resources to do so.

This otherworldly, choir sound was achieved by recording Gouldlman, Creme and Godley, each singing an “ahh” vowel for each note of the chromatic scale. Each musician was recorded 16 times, creating the effect of a 48-voice choir. Creme then suggested creating a tape loop, staggering the splice points so that it constantly maintains one continuous sound, This multiplied the vocal effect even more. Stewart recalled:

“I had to make the loop as long as I could for it to take a long, long time to get around to the splice again. That way you wouldn’t really hear the splice/blip. We’re talking about a loop of about 12 feet in length going around the tape heads, around the tape-machine capstans, coming out away from the Studer stereo recorder to a little capstan on a mic stand that had to be dead in line vertically with the heads of the Studer. It was like one of those continuous belts that you see in old factories, running loads of machines, and we had to keep it rigid by putting some blocks on the mic stand legs to keep it dead, dead steady.”

The rest of the instrumentation is very sparse. Stewart played a Fender Rhoades electric keyboard, while Godley added the drum sound using a Moog synthesizer. Gouldman used a Gibson for the rhythm guitar, and a piano and bass appear on the haunting instrumental solo. During this section, the band recorded one of their studio front staff saying “Be quiet. Big boys don’t cry.”

“Luckily we got it. We got it just right. We very, very quickly got the lead vocal down and then we sat there, I tell you seriously, for about three days, just listening to this thing. I was looking at Kevin and the other two guys saying ‘What the fuck have we created? This is brilliant.’ We knew we had something very, very special, very different. I’d never heard anything like it in my life. “

The song was first released on their 1975 album, Original Soundtrack. The album hit number three in the UK, and received a rave review from Rolling Stone. Ken Barnes wrote: “Musically there’s more going on than in ten Yes albums, yet it’s generally as accessible as a straight pop band […] 10cc is among the few groups actively engaged in stretching rock’s restrictive boundaries in a constructive and meaningful manner, without falling prey to pretense or excess.” 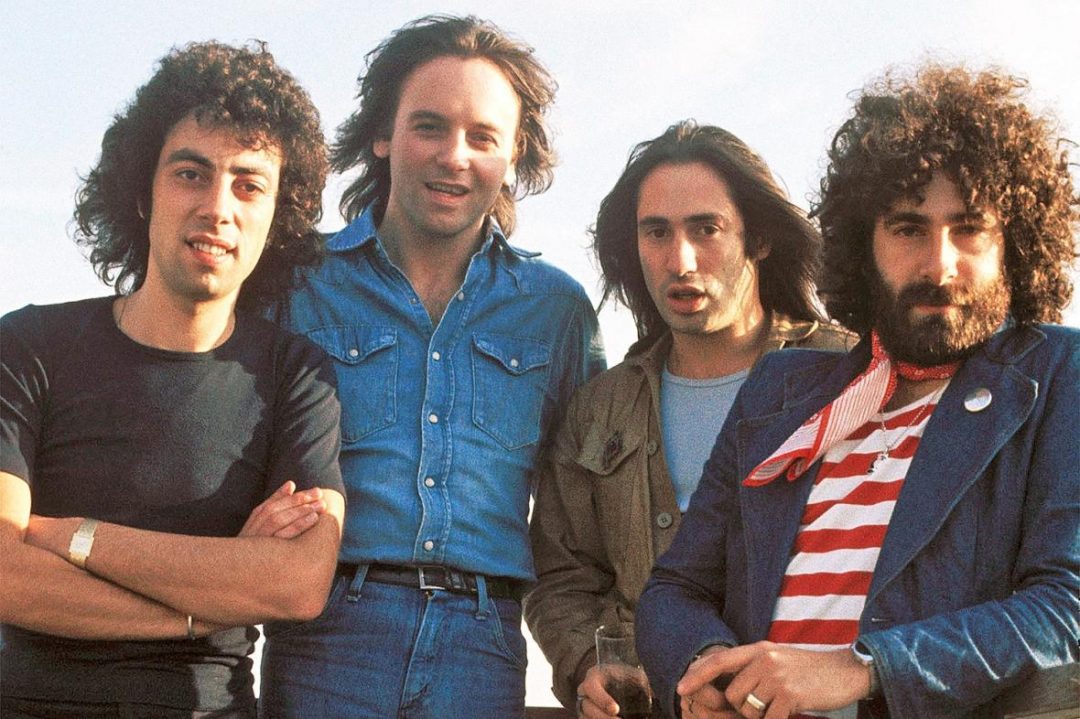 “I’m Not In Love” quickly became a favorite of audiences and the label (Mercury) faced mounting pressure to release it as a single. Their hesitation rested mainly on the track’s six minute length and so they asked the band to make a shortened version for the single. The band found a way to cut the track to about 4 minutes in length, but ultimately it was the full length version that audiences wanted to hear. Stewart recalled the single’s release saying: “Well, the record charted, and by the time it got to number 28 and after pressure from the public and the media, the Beeb started to play the whole thing. And then it went to number one.”

With its clever lyrics, innovative sonic atmosphere, and progressive length, “I’m Not In Love” defied expectations about what a pop track could be. In its blatant refusal to concede to love, it became the ultimate love song (Stewart and his wife are still married, over 50 years later). In its overt disregard for conventional pop aesthetics (instrumentation, length, etc.), it became 10cc’s surprise breakthrough, international hit. It’s ingenious use of the studio technology and space would have a lasting effect on generations of musicians to follow. Even the song’s iconic vocal backdrop was imitated almost identically by Billy Joel and producer Phil Ramone’s 1977 hit, “Just the Way You Are”.

Although the incredible, original line-up of 10cc began breaking apart by 1976, the legacy of “I’m Not In Love” has ensured the quartet’s place in the ears and consciousness of generations to come. It is a favorite track of television and movies, continually captivating audiences with its mesmerizing, original sound and unforgettable melody and lyrics. For 10cc, “I’m Not in Love” was the catalyst for a whole new era of international success; for musicians and audiences, it completely reimagined the sonic space of what a pop track and what a love song could be.