In August of 1975, Peter Gabriel of Genesis fame delivered his resignation letter, “Out Angels Out” to the press. Citing the challenges of personal growth within the necessary structures of a band environment, he explained: “As an artist, I need to absorb a wide variety of experiences. It is difficult to respond to intuition and impulse within the long-term planning that the band needed. I felt I should look at/learn about/develop myself, my creative bits and pieces and pick up on a lot of work going on outside music.” Certainly, the next decade became a time of discovery for Gabriel – personal and musical. On the musical side, he began releasing a series of four self-titled albums , which his fans have since provided with their own nicknames (“Car” (1977), “Scratch” (1977), “Melt” (1979) and “Security” (1982)). While several of the solo albums include charting singles, it was Gabriel’s fifth album, So (1986), that gave him his first and only number one hit – “Sledgehammer.” With an irresistible groove, a horn part straight from Stax, and brilliant production, “Sledgehammer” transformed Gabriel from an edgy seventies rocker into a eighties pop superstar.

Although “Sledgehammer” would turn out to be a massive success, appealing to a large and diverse audience, Gabriel did not have such grand intentions with the track when he began.. Gabriel reflected on the song’s success in 2012 explaining:

“With “Sledgehammer,” everyone thinks, “Oh, he must have created that to get a hit.” And it wasn’t done that way. In fact, Tony Levin reminded me that he was packing his bags to go home, and I called him back into the studio, saying “I’ve got this one idea that maybe we can fool around with for the next record – but I like the feel.” That was “Sledgehammer.” It was late in the day and we just fell into the groove, landed a beautiful drum track on it, a great bass line and it all came together.”

The song certainly does come together, bringing innovative sounds and diverse influences into one incredible track. It opens with a synthesized Japanese shakuhachi flute sample, played on Gabriel’s Fairlight CMI. Pulling from his progressive rock roots, the free flowing flute sound draws the listener quietly in before the horn section dramatically announces the onset of the song’s magnetic groove. Drummer Manu Katche captures a funk influence with an eighties pop of the gated reverb snare. Tony Levin’s bass line is exciting and catchy, while also sounding impossibly smooth. The classic fretless tone is paired with the attack of a pic, giving it that bright and rhythmic edge. He runs this through an octave pedal, giving it that modern sound. The guitars provide the funky yet stable core that allow the active bassline to take center stage.

Undeniably critical to this entire mix is the soul influence and energy of the horn section. Expressing his excitement about having Wayne Jackson – who had played in the house band at Stax records and toured with Otis Redding – play trumpet for the track, Gabriel told WMMR Radio in 1986:

“as a teenager, soul music was one of the things that made me want to be a musician. It was really passionate and exciting… Wayne Jackson, who plays on that track, was also with Otis Redding and was touring with him when I saw them in London. So that was a thrill for me, just to get a whole lot of fan stories. But I think the song was more influenced by many of those Stax and Atlantic tracks rather than Otis particularly.” 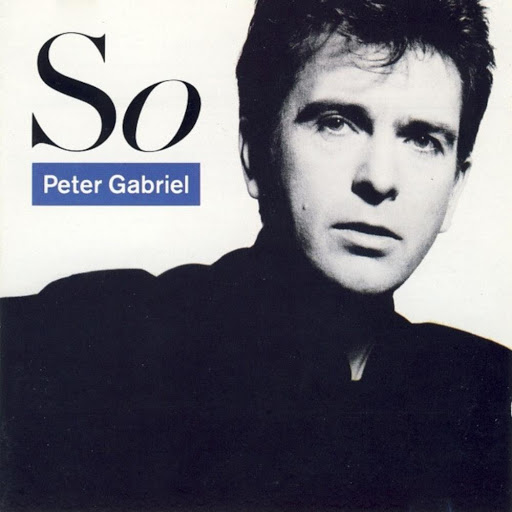 The horns are one of the most powerful elements of the song, linking a largely modern eighties sound to the classic color and rich history of soul music. “They came back with the horn parts and that was an exceptional moment. Everybody thought ‘Sledgehammer’ was shaping up to be a really great song — even without the lyrics it was totally infectious” explained engineer Kevin Killen. Sonically, the track was unstoppable, and the vocal additions took it even further.

Gabriel’s vocal part was recorded in the control room of the studio, primarily because there were no lines of sight between the control room and the main-studio room. In fact, the entire studio wasn’t a traditional space at all, but a home-studio which Gabriel converted from the barn at the Ashcombe House in Somerset (a Gothic revival country house, which he rented from 1978-1987). Despite its unconventional setting, Gabriel’s phenomenal vocals on the song would earn him a Grammy nomination in 1986 for Best Male Rock Vocal. Backing vocals by P.P. Arnold, Coral Gordon and Dee Lewis further linked the contemporary sound of the track with its soul influence, helping to unify the diverse sonic elements and techniques that make up the song.

The track was co-produced by Gabriel and Daniel Lanois, after the pair had worked together on Gabriel’s soundtrack for Alan Parker’s 1985 film Birdy. On So, and in particular “Sledgehammer” Lanois created modern and unconventional sonic colors by combining instruments in innovative ways. Killen explained:

“During recording, Dan really liked this idea of combining instruments to create a new part,” “So, it wasn’t unusual to have Dan playing a 12‐string electric guitar, David Rhodes playing his Steinberger six‐string guitar or Strat, and Peter playing the CP70, Fairlight or Prophet 5. Instead of their instruments being recorded to three discrete tracks, all of them were treated as a single sound source and recorded to a mono or stereo track to create a sound illusion/part.”

These novel approaches to both analog and digital sounds and instruments created a fresh and exciting track that merged Gabriel’s creativity and artistic exploration into an eighties pop soundworld.

In the decade leading up to So, Gabriel had established himself as an unconventional rock artist, who was more interested in exploring possibilities than creating the next hit track. But with “Sledgehammer,” Gabriel’s diverse sound world came together to create a commercially accessible song that was also exciting and innovative. In an interview with Rolling Stone, he looked back at the elements that made the whole album so popular, saying “There was less sort of esoteric songwriting. I think they were simpler songs in some ways, but I think we caught a wave. They were done with passion and we had a really good team working on them. Then, of course, we had things like the “Sledgehammer” video, which helped enormously. It got us a wider audience.” 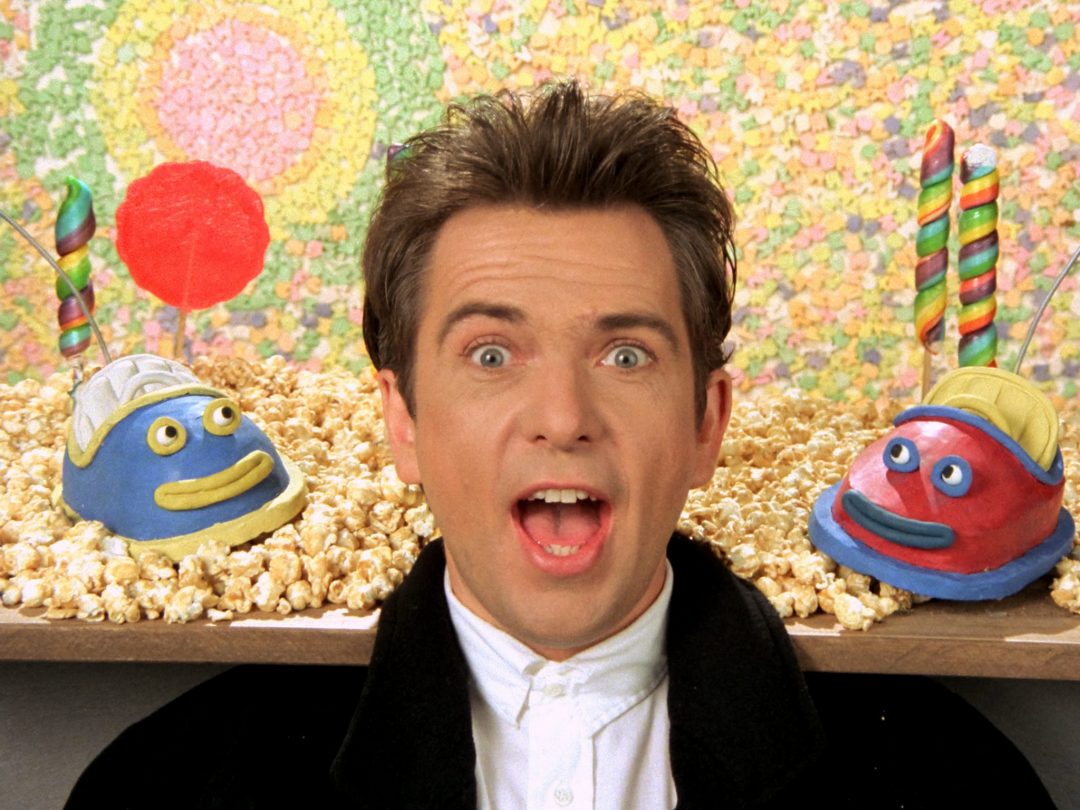 Undoubtedly, the music video further catapulted a song, already poised for success, into the mainstream spotlight. The innovative and captivating video won nine MTV Music Video Awards in 1987, and remains one of the most played videos in MTV history. The song itself held the number one spot in the US and Canada and hit number four on the UK Singles Chart. It also helped earn Gabriel three Grammy nominations in 1986 including Song of the Year. With “Sledgehammer” Gabriel launched an already impressive career into mainstream stardom – which he viewed as a mixed blessing. He called Top 40 success “a wonderful place to visit and a hellish place to live.” In fact, rather than capitalizing on the massive popularity of “Sledgehammer” and So, Gabriel waited another six years after So before releasing his next album, Us (1992).

Gabriel’s ambitious and innovative contributions to music have earned him two inductions into the Rock and Roll Hall of Fame – as a member of Genesis in 2010, and as a solo artist in 2014 – along with an impressive list of other awards and achievements. “Sledgehammer” has remained Gabriel’s only number one record but its legacy extends beyond its peak chart status. It lives on as one of the decade’s most inventive and creative hits, bringing together classic soul influences with an infectious groove, phenomenal vocals and ingenious production.