How the Pretenders Became Real: “Brass in Pocket” and the Hit That Almost Wasn’t

“This goes out over my dead body,” Chrissie Hynde told producer Chris Thomas in the fall of 1979. The Pretenders had just recorded their newest track “Brass in Pocket” at Wessex Studios in London and the lead singer and songwriter “hated” it. Despite her initial protestations, the song was released in November as a single, just ahead of the band’s self-titled, debut album, and rang in the new decade at the top of the charts. With “Brass in Pocket,” the Pretenders bottled pop’s infectious energy and optimism, with rock’s independence and swagger. It was the band’s first major hit record and propelled the Pretenders into the mainstream spotlight, crowning Hynde as one of popular music history’s most fierce and influential female rockers along the way.

From the moment the song begins, “Brass in Pocket” captivates audiences with its catchy guitar riff, laid back groove and powerhouse vocals. Guitarist James Honeyman-Scott’s guitar riff certainly caught Hynde’s ear when she first heard it. Hynde reminisced: “James had that little riff [sings opening repeated guitar notes]. He was playing that in the studio and I thought, ‘Wow, that’s awesome.’ And I just happened to have a little tape recorder and I taped it.” From there, Hynde added the melody and lyrics, including the song’s iconic (but enigmatic to American audiences) opening line and title. She had first heard the phrase while out with her bandmates and another local group, the Strangeways:

“We were all having dinner together afterwards, and one of the guy’s in Strangeways had just picked up his trousers from the dry-cleaners…His bandmate asked him jokingly: ‘Was there any brass in the pockets?’ I suppose I just liked the turn of phrase. Being from the US I hadn’t heard it before.” 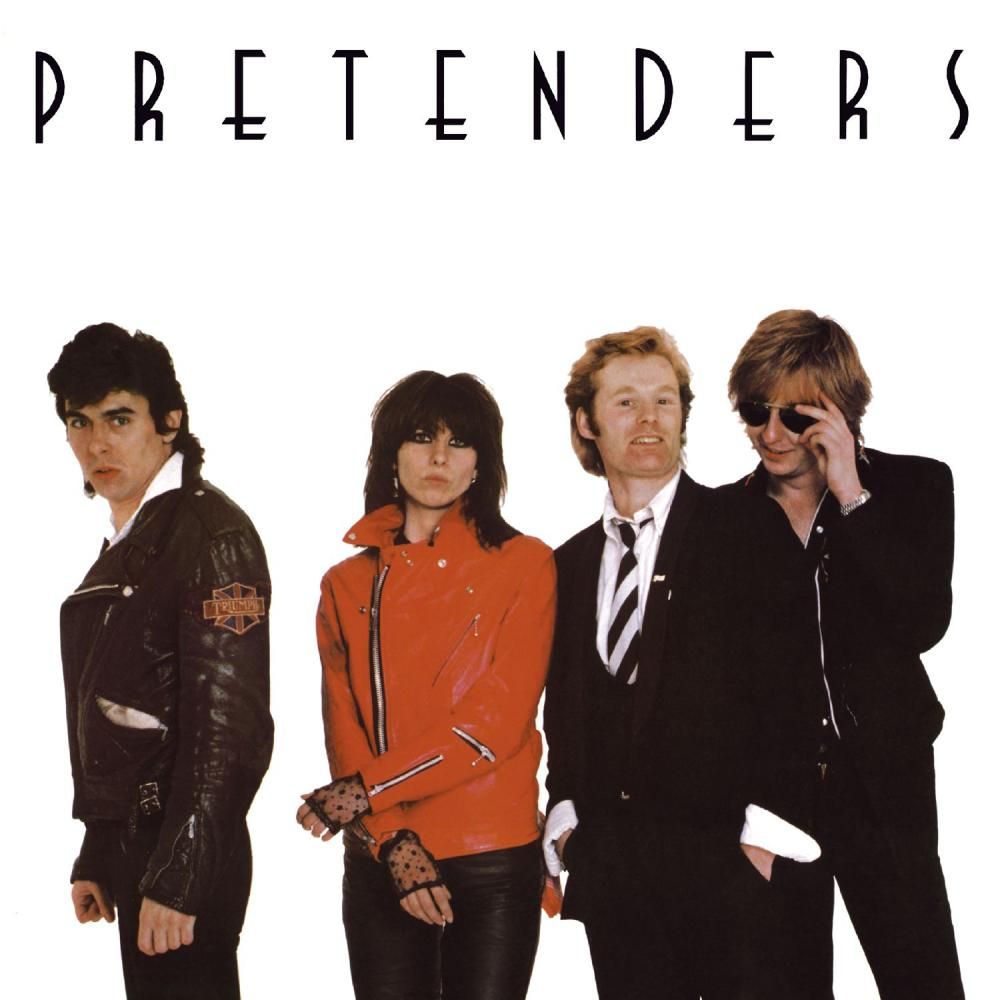 The phrase kicks off Hynde’s vocal part with a swagger of strength and confidence. Audiences adored the singer’s sultry expression and clever songwriting. After 6 months in the spotlight, Robert Hilburn declared in the Los Angeles Times: “Hynde is one of the most alluring and provocative female rock singers ever and this sensual plea for attention has an irrestitible chorus.” In spite of this, it took the singer a long time to come to terms with the song saying: “I used to cringe when I heard my voice on those early Pretenders recordings, and then that fucker went to number one! I remember walking around Oxford Circus hearing it blasting out of people’s radios. I was mortified.”

Hynde also struggled with the song’s refusal to fit within clear genre lines. “Was it pop? Motown? Rock? It didn’t seem to know what it was” – she explains. However, so much of the song’s brilliance and appeal comes from its genre-crossing elements. It blurs lines and pulls from diverse influences without resorting to cliches or gimmicks. The call and response between Honeyman-Scott’s guitar riff and Hynde’s melody feels both natural and inventive. This interplay is surrounded by a groove that is invigorating without being overpowering. With its Motown-inspired background vocals, it nods to the past while remaining fresh and modern, even to this day. Finally, the song’s production perfectly manages all of these eclectic elements into one hit track.

If it weren’t for producer Chris Thomas, this landmark song may never have hit the airways. The band’s first single, a cover of the Kink’s “Stop Your Sobbing” was produced by Nick Lowe who agreed to do it, almost as a favor, but wasn’t especially excited by their songwriting or potential. Looking back in 2018, he explained:

“Chrissie and I were friends…. She asked me to produce her group because her guitar player, Jimmy Honeyman-Scott, was a fan of mine. He liked Rockpile, which I was in by that time. Anyway, it shows what I knew – I didn’t really think Chrissie’s songs were very good. But she kept going on with me about making a record with her, with her new group. And she sent me a tape. The one song that jumped out at me was this Kinks song, the one cover song that she wanted to do, ‘Stop Your Sobbing.’ I thought it was so fantastic. So I said, ‘I’ll definitely do that one.’ So that’s what I did.”

Chris Thomas, on the other hand, saw great potential in both the band’s musical talents, as well as their songwriting. Thomas had just finished working on Paul McCartney’s Wings album, Back to the Egg, and wasn’t sure if he wanted to take on another project at the time. However, whenever he heard the Pretenders’ demo, he felt immediately inspired:

“…I listened to the demo tapes, and I thought they were great. I mean, there were four songs on the demo tape. There was ‘The Wait,’ ‘Up the Neck,’ ‘Private Life,’ and ‘Brass in Pocket.’ And the sort of range between those four songs was enormous. And I was very excited by that.” 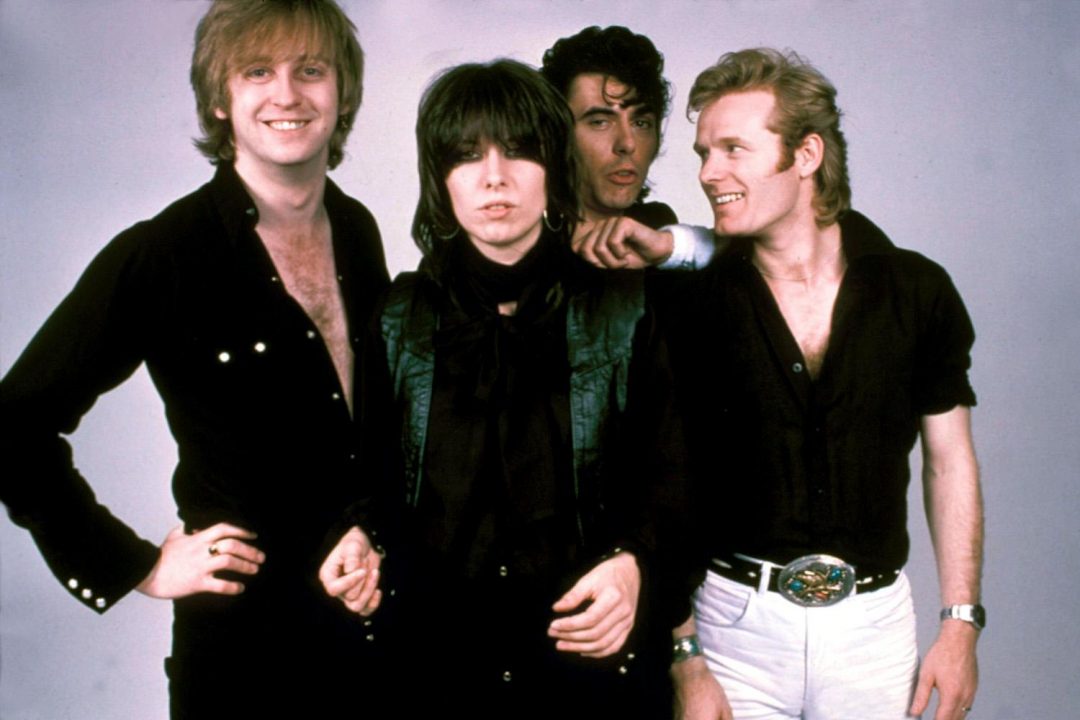 From those tracks, he spotted “Brass in Pocket” as having particular potential for success as a single, but thought the track was too slow. Working with the band, Thomas upped the tempo and used his own form of studio magic to bring a fullness to the recording. Thomas explained:

“I remember bringing a P.A. into Wessex for The Pretenders because it was so dead it used to drive me crackers. So I used to put the drums through a P.A. just to give it some thump. They weren’t going to allow me to rip the carpet off the floor.”

Thomas saw the Pretenders’ potential and was able to help them craft a phenomenal album which topped the charts, spending four weeks at number one on the UK Albums chart and peaking at number 9 on the US Billboard 200. Pete Townshend declared that the album was “like a drug.”

“Brass in Pocket,” released as a single a little over a month earlier, in November of 1979, anticipated the album’s massive success. It broke the new year at number one on the UK singles chart, kicking off the new decade with a fresh new sound, alongside classic rock attitude. In April of 1980, Ken Tucker wrote for Rolling Stone that “Pretenders stands as some of the freshest, most provocative music around right now.” And it has remained fresh to this day.

Despite Hynde’s initial reservations, “Brass in Pocket” became one of the band’s most important tracks. As one of the band’s earliest recordings, it showcases the talents of the Pretender’s four founding members, before the break-ups and tragedy that would surround the band only a few years later (Bassist Pete Farndon was asked to leave the band in 1982 and died the following year, while Honeyman-Scott died only a couple weeks after Farndons departure). The song captures this phenomenal quartet in the height of their aspiring energy and excitement, and has remained a favorite across the decades and through the band’s frequently changing lineups. Even Hynde has softened to the song’s riveting appeal. She explains: “I enjoy singing it these days…If someone wants to hear it, it’s always a pleasure. And my new band likes playing it too. But the best thing about the song is that it always reminds me of Jimmy Scott. He was a fantastic guitar player. He was only 25 when we lost him.”

At the start of a new decade, “Brass in Pocket” ushered in a new era of popular and rock music, blurring the boundaries of genre and catapulting the Pretenders into mainstream success on both sides of the Atlantic. The track blends pop’s ear-catching brightness with a cool and confident rock attitude, announcing that Hynde and the Pretenders had arrived, and that they were here to stay.