Apart from the amp, pickups have one of the biggest impacts on tone. It’s common to swap them out until you find just the right set that complements your playing style. To better understand humbucker vs single coil sound, we’ll investigate the key differences between them and their general affect on tone.

What Are Pickups and How Do They Work?

Pickups are simply constructed relative to how drastically they can change the sound of your guitar. There are four primary components. First is the bobbin, which is the “frame” of the pickup and where the other parts fit; magnetic pole pieces or screws inserted into the bobbin that sit under the strings; the copper wire coil, with a variable number of windings which wrap around the poles; and the base plate, which mounts to the guitar’s body and has an output wire.

Much like a dynamic microphone, guitar pickups convert acoustic vibration into an electrical signal for amplification. The strings vibrate in the magnetic field created by the pole pieces and coil. In turn, that generates an electrical signal, further made audible by an amplifier.

Single coil pickups consist of one row of pole pieces and one coil of wire. To clarify, one coil does not mean a single winding of copper wire. In fact, there may be thousands of windings comprising one coil of wire in a pickup.

Single coils emerged in the ’30s, and were the first kind of guitar pickup. They arose out of necessity; bands started getting louder and guitarists needed to be heard. Single coil pickups did their job in amplifying sound. Unfortunately, they also picked up a lot of interference and hum. 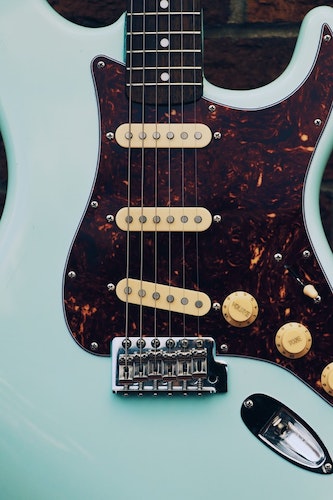 In terms of sound, single coil pickups tend to be bright and thin, especially at the bridge. The neck position tends to be a bit smoother and rounder and is arguably one of the most usable sounds ever, though it’s still a pretty snappy one. Think of your favorite guitarist who plays a Strat — Gilmour, Clapton, Hendrix, Vaughn — that neck pickup gets a lot of play time.

Split positions with single coil pickups can get very spanky sounding, with almost acoustic-like qualities. Again, there’s a wonderful chime with these pickups that’s just awesome, which is why the Stratocaster has never gone out of style. (There are many other guitars besides Strats that have single coil pickups; the Strat is just the most prominent example!)

The biggest drawbacks to single coils is that they can be harsh and brittle with the wrong rig, and they’re prone to noise and interference.

What Is a Humbucker?

A humbucker is a double-coil pickup. It contains two rows of pole pieces and two wire coils. The name “humbucker” comes from the fact that these were designed to eliminate the noise from single coil pickups. A humbucker’s second coil has its polarity reversed from the first, so when any noise gets into the pickup, it gets cancelled out. 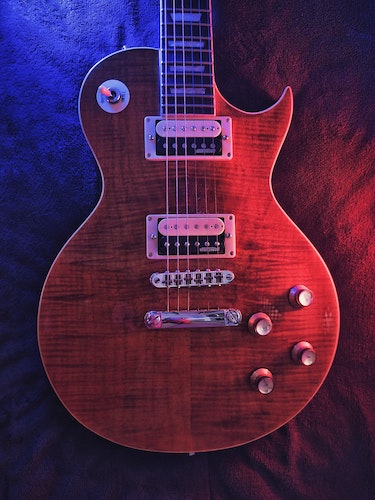 Humbucking pickups are higher output than single coils (with minimal noise!), and the sound is fuller and warmer. We talked about the timeless Stratocaster sound in relation to single coil pickups; the Les Paul is the equivalent for humbuckers.

Humbucker vs single coil sound is notably different. Double-coils work well for rock, hard rock, metal, and other similar styles where you need a hot pickup that sounds rich and thick. Many humbucker-equipped guitars let you split coils, though, so you can actually achieve both humbucking tones as well as single coil tones — the best of both worlds.

Humbucker vs Single Coil Pickups: Which Is Best for Me?

Humbucker vs single coil sound ultimately comes down to preference. Personally, I believe the style of guitar you’re drawn to sort of answers the question for you. If you love Strats, for instance, you’re probably playing styles of music that Strats do well. If you’re shopping for the pointiest axe by BC Rich, you’re probably a hard-rocking humbucker person.

Everyone benefits from a bit of variety, so there’s absolutely no reason why you can’t have different guitars with different pickups.